Details
BY BUST Magazine
IN Movies
Published: 02 May 2014 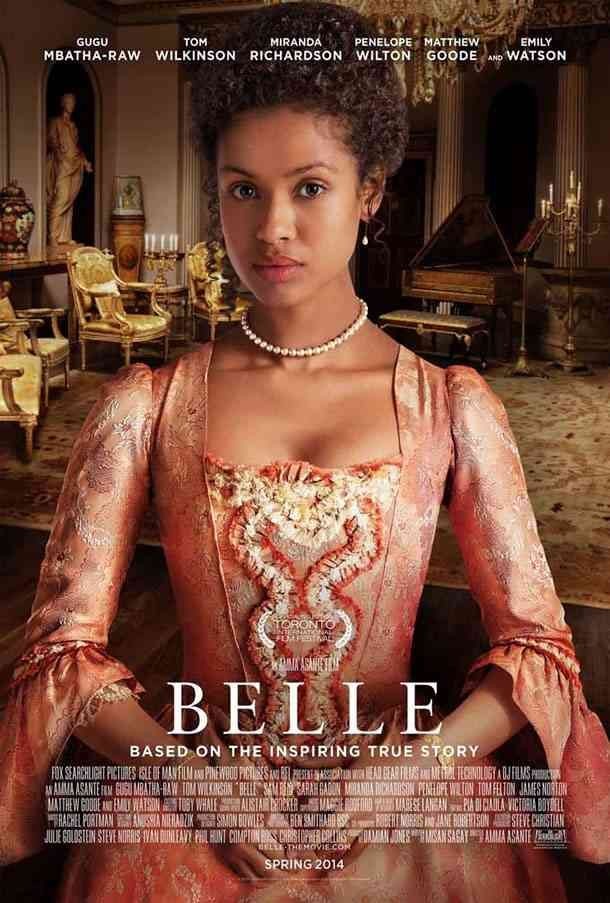 Based on a true story, Belle follows 18th-century English aristocrat Dido Elizabeth Belle as she grows up, finds her place in society, and seeks a husband. The catch—Dido is black. The illegitimate daughter of a Royal Navy Admiral and an African woman, Dido (Gugu Mbatha-Raw) grows up with her blonde, blue-eyed cousin Elizabeth (Sarah Gadon), as the pair are raised by their great-uncle, Lord Mansfield (Tom Wilkinson), and his wife (Emily Watson).

Though she is cultured, educated, and beloved by her family, Dido inhabits a strange in-between place in her household. (For example, when a visiting family stops by for dinner, Dido is not allowed to eat at the table, but is permitted to join the guests for drinks and conversation.) But when Dido and Elizabeth come of age, a twist quickly changes their social standing: Dido becomes an heiress, while Elizabeth is penniless. What follows is a Jane Austen-style love triangle in which Dido must choose between an eligible aristocrat (James Norton) who can elevate her place in society, and an anti-slavery activist (Sam Reid) who is below her social status but who truly loves her. Meanwhile, the massacre of 142 slaves on the Zong ship—a landmark in abolitionist history—threatens to divide Dido’s family even further when her uncle, the Lord Chief Justice, must decide the case. Add in some deliciously wicked villains played by Miranda Richardson and Tom Felton, and plenty of gorgeous gowns and scenery, and Belle becomes the perfect movie for anyone who loves period romances, but wishes they were a little more diverse. –Erika W. Smith