"Under The Skin" Movie Review 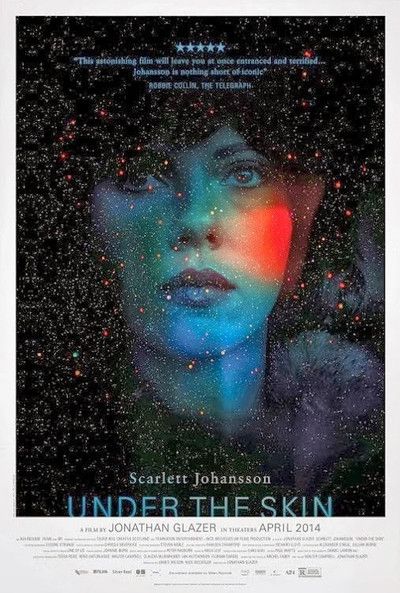 Jonathan Glazer’s sci-fi thriller is based on Michael Faber’s 2000 novel, but the two have little in common besides the title and the most basic premise: an alien (Scarlett Johansson) disguises herself as a human and lures unsuspecting men into her trap. Glazer’s film never quite makes it clear why the aliens want the men, who are trapped in a strange, amniotic fluid-like substance until their bodies dissolve; in Faber’s novel, the reason is eventually made explicit: the aliens eat humans.

As this might imply, Glazer’s film is more atmosphere than plot, with sparse dialogue, no named characters and a storyline that can be summed up as this: Scarlett Johansson drives around in a giant white van, seduces various men and brings them back to her lair before taking her clothes off and making them follow her until they become trapped. However, an hour and a half of watching Scarlett Johansson drive around is much more captivating than it sounds: though Johansson barely speaks, she conveys her alien character’s unfamiliarity with her body and her surroundings, as well as her growing awareness of what it means to be human, in every look and subtle motion. Composer Mica Levi’s (of indie band Micachu & The Shapes) frenzied score also adds to the suspense.

Glazer filmed “Under the Skin” using an unusual technique – most of Johansson’s interactions (and attempted seductions) with unsuspecting men happened in real life; the men who are in the film signed release forms but didn’t knowingly participate. As dangerous as this might have been for Johansson, it certainly brings a cinema vérité touch to the movie – though I would rather have had Faber’s human-eating aliens.

The film was released today! Here is the trailer.

Tags: movie premiere , movie review , film review , scarlett johansson , Micachu and the Shapes , sci-fi , horror movies , films about women , scary movie
Support Feminist Media!
During these troubling political times, independent feminist media is more vital than ever. If our bold, uncensored reporting on women’s issues is important to you, please consider making a donation of $5, $25, $50, or whatever you can afford, to protect and sustain BUST.com.
Thanks so much—we can’t spell BUST without U.