TikTok Creators Are Warning About Harmful Chemicals In Period Products. Are They Right? 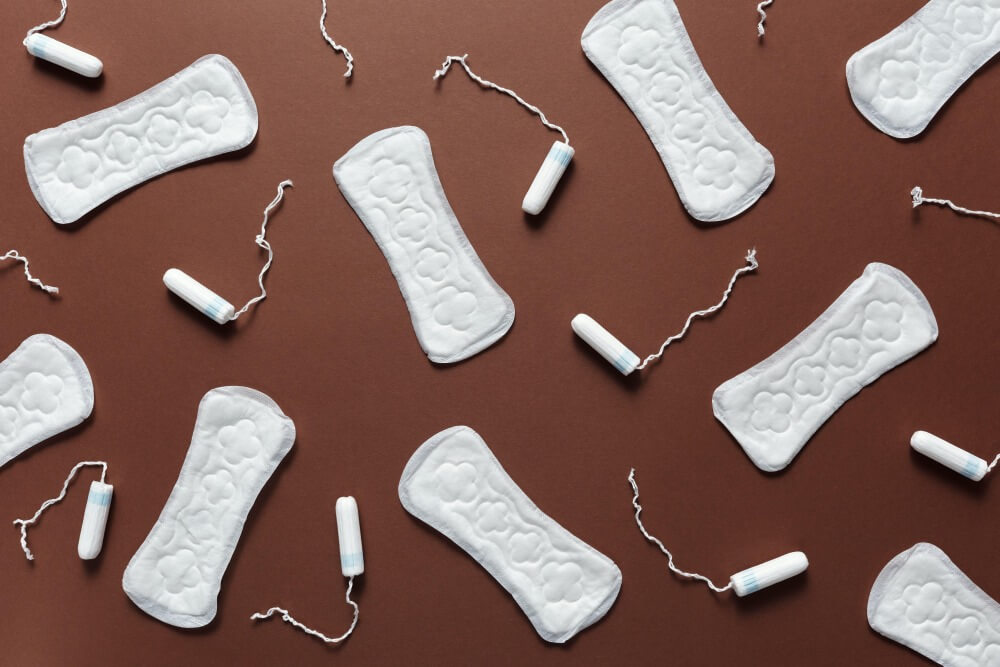 Recently, TikTok creators have been warning women about harmful ingredients in our period products that we should be aware of. On average women have around 450 periods in their lifetime, for most women that means going through a lot of period products such as tampons and pads. Despite these products being such a prominent part of our lives, it has come to the internet's attention that many of us don’t even know what’s inside the period products we use.

This is because the FDA classifies tampons and pads as medical devices, meaning they do not legally have to put their ingredients on the packaging. On the Tampax website, they claim they use “nothing but the best ingredients” being primarily a blend of rayon and cotton.

A few TikTok creators have been claiming otherwise and stating that many of the period products people are using contain harmful chemicals. Creator @climatediva with over 35 thousand followers states that the use of non-organic period products such as pads and tampons expose women to pesticides and heavy metals. As reported in an article from The University of Texas At Austin, “non-organic cotton in regular tampons may contain trace amounts of the pesticide glyphosate, an herbicide used to kill weeds and rumored to be carcinogenic.”

She also claims in her TikTok that many commonly used period products can release up to 17 billion microplastic fibers into the woman's body during use. This argument is supported by research conducted at Middlesex University which found “a maximum of 17 billion nano plastic fibres are released per tampon, and an average of 9.4 billion per tampon, working out as 86 trillion fibres over a lifetime’s use.”

Another creator, @sharoncancio with 75.5 thousand followers claims that some of the most common brands of period products contain chemicals such as dioxins, other carcinogens, reproductive toxins, endocrine disruptors, and allergens.

The World Health Organization states that “dioxins are highly toxic and can cause reproductive and developmental problems, damage the immune system, interfere with hormones, and also cause cancer.” This claim is worrisome, especially considering “tampon chemicals are absorbed by the vaginal mucosa, and from there are able to pass almost directly into your bloodstream” as reported by Time.

Surprisingly, these claims seem to be true. According to The National Center for Health Research, “while the dioxin hazard has been reduced because of new bleaching methods, dioxin is still detected in tampons — even those made of 100% cotton.” The National Center for Health Research also reports that the FDA claims “the exposure to dioxin from tampons today ‘is many times less than normally present in the body from other environmental sources’” but that scientists still suggest that “even trace amounts of dioxin are cause for concern because tampons come in contact with vaginal tissue, which is covered in permeable, mucous membranes leading directly to the reproductive organs.”

In @sharoncancio's video, she goes on to explain the changes she has made in her period care products in order to reduce her exposure to these harmful chemicals. She recommends period-proof underwear rather than disposable pads and tampons in order to avoid these chemicals altogether. We know that this may not be feasible for everyone and that for many of us, disposable period products are more realistic. The creator of this TikTok shares that when she does use disposable products she opts for organic, fragrance-free, non-paraben items and that she tries to find ones that are women-owned because she feels better “knowing someone with a vagina is making products for vaginas.” Some of the women-owned brands she suggests are Flex, The Honey Pot, and Cora.

While it is true that there are a lot of seemingly harmful ingredients in period products, there have not been any significant findings which prove that women are having any adverse effects from these chemicals. An article written for Time reports that “the FDA says the ‘available scientific evidence’ does not support concerns about dioxin or other tampon ingredients. But that’s exactly the problem: there just isn’t much evidence available.” While the FDA does not deem any of these products as being unsafe, we agree that women should have the right to know what is going into their bodies so they can make informed decisions on what's best for them.