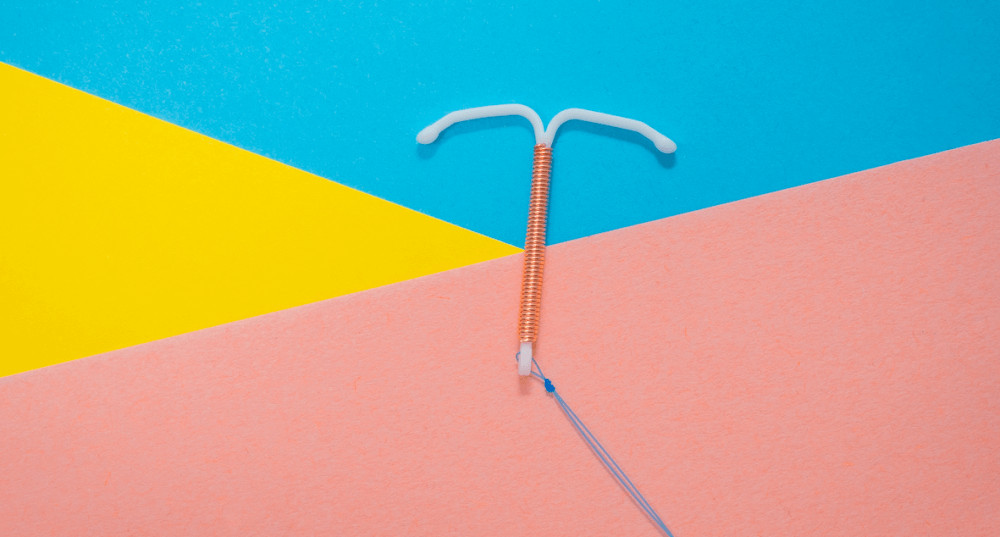 Nothing about getting my IUD inserted felt remotely close to a “pinch,” let alone a “little.” I even took 800 milligrams of Ibuprofen before my appointment as I was told by both Google and my doctor–and that was the extent of my being informed of any kind of pain management related to the procedure. I had done my research and like to think I have a pretty high pain tolerance. In said research, I learned that the insertion process usually takes around five minutes from start to finish. But what I failed to account for, dear reader, was that excruciating pain has a funny ability to stretch time like Silly Putty. The procedure itself was completed and my pants were back on in all of ten minutes, and that was including the obligatory Midwestern small talk with my doctor, but the cramping I experienced afterward left me curled up in my bed whimpering for the rest of the day. I was humbled, to say the least.

It’s been over two years since getting my IUD, and I’m actually very happy with my decision. However, I’ve recently seen social media abuzz with other people sharing their experiences with the procedure, and it seems I was not alone in my surprise at the extent of the pain. It was reassuring to see I wasn’t some medical anomaly for having such a painful IUD insertion, and I wasn’t the only one who went into the procedure feeling prepared and informed, but left feeling sore and confused.

Many of the experiences being shared on social media about IUD insertion are, unfortunately, negative. While this can be discouraging for some, it is also an opportunity to inform people who are considering this form of birth control to go into the procedure feeling ready to advocate for their pain management. There are topical gels and creams that can be applied directly to the cervix to help numb the area before the procedure, as well as paracervical blocks administered by injection that do the same. You could also ask your doctor about prescription pain medication that is stronger than Ibuprofen to take before and after your procedure, or about whether full anesthesia might be the best option for you. Social media gives people a place to connect and share experiential knowledge when medical knowledge might not be accessible.

Sharing these experiences on social media also allows doctors to chime in and reach a wider audience. One name consistently present in the social media conversation surrounding pain management for women is anesthesiologist, Dr. Sood, on TikTok. He lends his expertise in pain management to the topic of IUD insertion and other gynecological procedures. Dr. Sood uses his medical knowledge to back up women sharing their IUD insertion stories and to help bridge the gaps in common knowledge about pain and gynecology.

Why is it that pain, and downplaying pain, is such a common part of people’s experiences with gynecology? From IUDs, to Pap smears, to period cramps, women are told to, basically, suck it up. Hearing things like “you might feel some discomfort” before being held open by what feels like two cold metal soup spoons and having your cervix swabbed by a spoolie is, at best, inaccurate and, at worst, downright gaslighting. And look, I know pain is a spectrum and what is intolerable for some may be a tickle for others, but I looked it up, and the origins of gynecology are brutal and disturbing. It is not unreasonable to think that the field’s history–one filled with abuse, torture, and deliberate witholding of anesthesia–has lingering effects today.

The man largely credited as “the father of modern gynecology,” is James Marion Sims. Born in 1813, he helped found the American Gynecological Society of which he was eventually named president, after having previously been named president of the American Medical Association. Sims’ accomplishments include inventing the speculum (which, apparently, no one has attempted to improve since the 1800’s, am I right?), as well as inventing a surgical technique to repair vesicovaginal fistulas–a common complication caused by childbirth that can lead to death if left untreated.

What Sims should mostly be remembered for, though, is being a cruel, sadistic, slave owner who experimented on enslaved Black women without their consent or anesthesia. He committed gruesome atrocities against Black women under the guise of medical science. How is it that a field dedicated to the medical care of women was quite literally built on their pain and suffering?

The history of hormonal birth control is also riddled with injustices. The first contraceptive pill was tested in 1955 on poor women in Puerto Rico without their knowledge. These women were told only that the pills would prevent pregnancy, and were not informed that the drug was still in an experimental phase of testing or that they were the test subjects. Many women suffered serious side effects like blood clots and when they reported their experiences they were written off. See, the goal was to create a pill that prevented pregnancy, not to create a pill that was side effect-free. And they were willing to test this new medication on poor Puerto Rican women before putting it on the market for white American women to buy.

This happened in 1955, you guys. You know what else was invented in 1955? Velcro. And that hasn’t changed much either. It seems abundantly clear that comfort was no one’s first priority throughout gynecology’s history, and it can be reasonably assumed that these attitudes are carried, consciously or unconsciously, into modern gynecological practices.

All of this is to say that bodily autonomy and sexual freedom without fear of an unplanned pregnancy shouldn’t come at the price of physical suffering–like some weird medieval trade. And, if there’s a possibility something is going to hurt really bad and there are options to make sure it doesn’t hurt really bad and your doctor knows that, they should probably tell you, yeah?

Everyone deserves sympathetic medical care with a goal of being as comfortable as possible. By not being honest about the good and the bad parts of reproductive care for uteruses we risk people not being able to make the most informed decision possible about their reproductive health. Sharing and connecting over experiences–even on social media–can be a catalyst for change. Effective, low-maintenance birth control like IUDs have great potential for making life better and easier for people with uteruses. But dear god, please know that you have options for pain mitigation when you get one inserted or taken out. If my doctor had told me what I ended up learning after my procedure via a TikTok video, I probably would have said, “Yeah, I’m gonna need some fucking pain meds for that.”