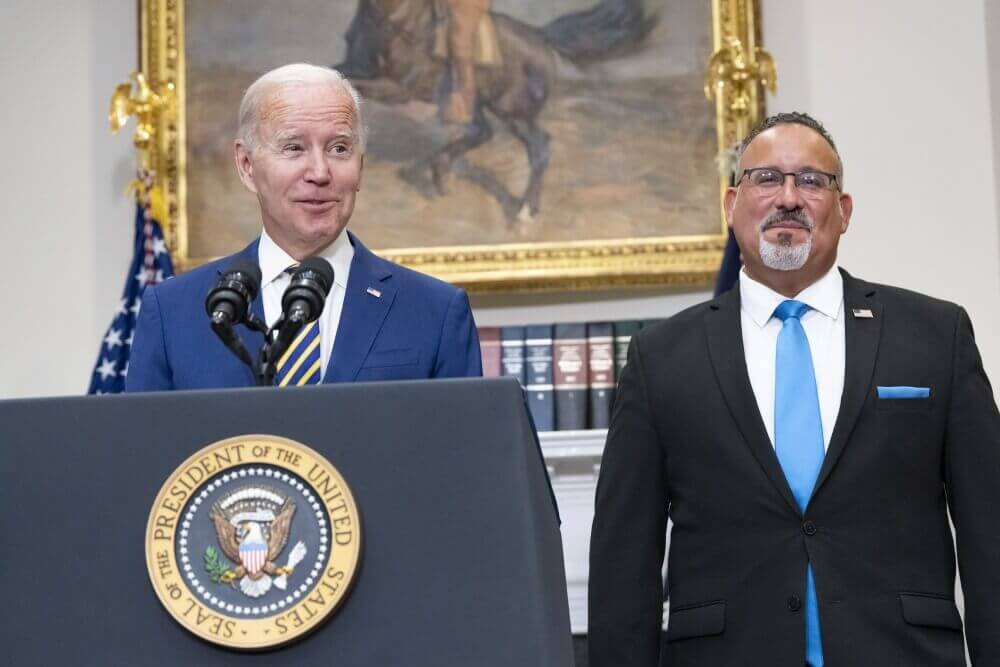 President Joe Biden announced on August 24th, 2022 that the federal government will be relieving $10,000 in student loan debt per borrower and up to $20,000 for Pell Grant recipients. However, a federal appeals court has halted the progress of the relief program due to six Republican-led states claiming Biden does not have the authority to cancel student debt across all states. In response, the government’s lawyers pointed to the HEROES Act (the Higher Education Relief Opportunites for Students) which was established in 2003 by George W. Bush that allows the secretary of education to minimize or forgive student debt in the case of a national emergency, which in this case is the effects of COVID-19.

So far there have been two lawsuits that have been dismissed from furthering in court, and Biden is confident that there won’t be a delay in the forgiveness process for much longer. He was quoted by Nexstar’s Washington Correspondent Reshad Hudson as saying, “We’re going to win that case. I think in the next two weeks you’re going to see those checks going out.”

Government officials are urging student loan borrowers to continue applying for loan forgiveness, as they are still able to view and approve applications while the movement of actual distribution is on hold. That way, once the hold is lifted, the relief can be immediately distributed.

“We’re going to win that case. I think in the next two weeks you’re going to see those checks going out.”

To break down the president’s student debt forgiveness plan, it consists first and foremost of relieving debt to low and middle-class borrowers, implementing an income-based monthly payment program to create more manageable loan options, extending a pause on loan payments through the end of December 2022, and fixing the Public Service Loan Forgiveness program by crediting appropriate loan relief to public servants. These actions as a whole aim to advance racial equity, provide more options to young people, and close the gender equity gap as women, especially Black women, are carrying the most weight from student loan debt.

Due to the perfect (and by perfect, I mean bullshit) storm of gender and race equity gaps and COVID-19 hardships, women are on average responsible for more debt than men. Over the last 20 years, the cost of attending a four-year college has increased by 124.2% says Education Data Initiative, while the average household income has only risen by a meek 14% at $71,186 according to the United States Census Bureau. AAUW says women carry ⅔ of the country’s student debt as a whole, with women of color bearing the brunt of that debt. White women have an average of $31,276 in student loan debt versus the white male average of $29,270, compared to Black women having an average of $37,558 and Black men an average of $35,665. Following graduation, a woman with a bachelor's degree on average can expect to earn approximately 74% of their male counterpart with the same degree, making it more difficult to keep up with monthly loan payments. Not to mention the current inflation rate, which according to PBS is the highest it’s been since 1981, on top of everything else.

This action of forgiving student debt is a great first step, but there are many more areas in which the U.S. government will need to step up to close the gender and racial equity gap. Biden and Harris have developed a national strategy for gender equity and equality that focuses on strengthening underserved and underrepresented communities. Some of these methods will include reauthorizing the Violence Against Women Act as part of the National Action Plan to End Gender-Based Violence, as well as addressing child care and education costs by capping the amount an institution can charge, and bringing a more diverse team of representatives on at the federal level.

The application for Biden’s student loan debt relief program is officially open and will remain open until December 31st of 2023. You can do this from your phone or computer; you only need a few minutes and some basic personal information to apply for debt relief. To fill out your application, click here. Following your submission, you should receive a confirmation email from the Federal Student Aid website. In that email, it is stated that you don’t need to take any further action unless contacted otherwise and can expect email updates throughout the entire duration of your application process.

To apply for loan forgiveness, head to FSA’s website before December 31, 2023, to see if you are eligible.