October is ADHD Awareness Month. Meet 3 Inspiring Women Who Are Speaking Out And Combating Stigma Attached With The Disorder 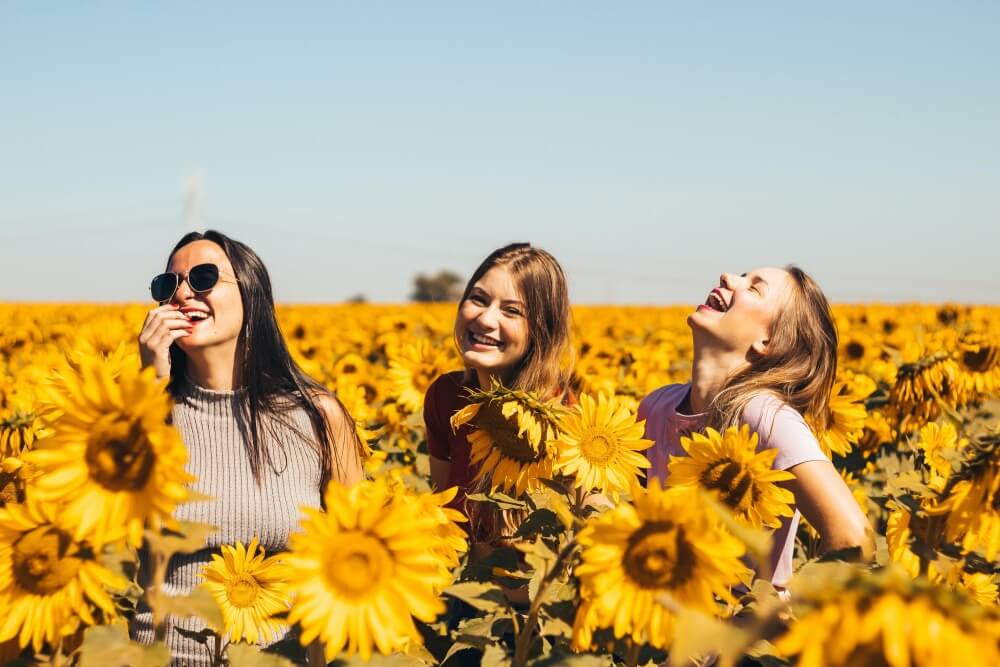 The internet is exploding with influencers spreading information about ADHD, especially how it affects women, with podcasts such as LadyHD, youtube series on how to navigate life, and much more. As a woman with ADHD, I can attest that there is very little understanding of how this neurological disorder affects women due to a lack of research on how adult ADHD looks versus childhood and that this plus the integrated sexism within American healthcare causes a lack of proper diagnoses. It wasn't until the 1960s that ADHD was officially recognized for being an adult diagnosis. It was assumed that young boys were the only people affected so women’s symptoms were passed off as anxiety, obsessive-compulsive disorder (OCD), and bipolar disorder. This is because men tend to show hyperactive and emotional outbursts more often, whereas women’s symptoms look like daydreaming, emotional sensitivity, and time blindness. It wasn’t until I was 19 years old that I was diagnosed properly with ADHD, after being diagnosed with anxiety, OCD, depression, and bipolar disorder.

Many women, including myself, can recite numerous psychiatric and therapy appointments consisting of being talked over, gaslit, and just blatantly unheard when expressing concern over our suspected disorder, as explained in Julia Hearne's TedTalk Sexism in the World of ADHD. This system of sexism in healthcare leads to women being diagnosed late in life, typically not until their late 30s or early 40s. Instagram and TikTok influencers have taken it upon themselves to help spread awareness of this neurological disorder through examples of symptoms, and visual representations of how it can look day to day, with some videos gathering millions of views. Common surface-level symptoms include forgetfulness, being chronically late, having a hard time focusing, and fidgeting or moving a lot says Verywell Mind. Unfortunately, the reality is much more than forgetting your keys and being distracted. The heavier symptoms of adult attention deficit hyperactivity disorder includes: sensitivity to rejection, depression, mania, and low self-esteem. These three women are using TikTok to shed light on the unique experience of being a woman with ADHD.

38-year-old London-based musician Roxanne has built a legacy for herself under the stage name RØRY, with her top Spotify song clocking in at just under three million listens. Roxanne’s music gives all the angsty goodness of early Avril Lavigne vibes, writing songs about recovering from addiction and toxic ex-boyfriends. The inspiration for these songs stems from her experience of losing her mother at 22, becoming estranged from her brother, and spiraling down a path of alcoholism. People with ADHD are more likely to get caught up in substance abuse than neurotypicals (or people who do not display atypical neurotypes such as autism, ADHD, and dyslexia) as stated on Verywell Health, and women are more likely to be stuck in abusive relationships due to being trained to people please and adapt for those around us. In 2018, she got sober and sought therapy where she learned she has ADHD. Flash forward to today, she is thriving in her music career, has a supportive husband who also is a recovered addict, and is using her story to inspire others who are in the trenches themselves.

Roxanne and her husband, Richard Pink, run the account @adhd_love on Instagram and TikTok where over 260k followers watch humorous and terribly relatable moments of their everyday life with Roxanne’s ADHD. The videos showcase common ADHD traits, from Roxanne having to reread cooking instructions numerous times and having trouble listening to serious conversations, to impulsively starting a new hobby and then dropping it an hour later. Their videos also do a great job of representing what it looks like in the not-so-funny moments of ADHD such as Roxanne getting emotional after finishing a book about ADHD, and telling Richard how hard it can feel some days as he comforts her. This account is my favorite due to the honesty of Roxanne's day-to-day life and the positive actions from Richard who provides a great example of what a supportive spouse should look like for someone with ADHD. Unconditional acceptance, even on the hard days.

@elysemyers Your words matter. Please use them to call out the good you see in others - It can be life changing. #wordsmatter ♬ original sound - Elyse Myers

Elyse, 29-year-old Nebraskan, first caught my eye when I stumbled upon her TikTok full of hilarious retellings of awkward ADHD moments that have happened to her. She has since become one of my and the internet's favorite comedians. Her painfully honest and awkward stories like having IBS attacks at work to accidentally getting drunk at ten by mistaking her grandma’s strawberry daiquiri bottles for fancy sodas have gained a following of over five million fans begging for more. As her TikTok and Instagram accounts gained fame, she started exploring other topics such as opening up about her mental illness and how her ADHD has affected her life in ways as impactful as doubting herself and battling with low self-esteem, as well as more minor ways like forgetting if she took her meds or not and the constant stream of Tiktok audio that lives in her head rent free.

Her representation of ADHD is honest, gentle, and deeply authentic with her comforting tone and ability to find humor in any situation. Her followers have watched her pull out of her shell slowly but surely as she gets more confident; Elyse now openly shares original songs on topics like self-acceptance and leaving toxic people behind, and has featured in commercials to pursue her acting career despite having social anxiety. Often, people with ADHD feel pressure to conform to neurotypical lifestyle practices such as adhering to routine or staying organized, which is basically like telling a fish to climb a tree. Elyse preaches the importance of listening to what your body and mind need and gives gentle advice such as recognizing that having anxiety but doing tasks regardless is brave. Often, people with ADHD are told that they’re too much - Elyse’s response to that is: go find less.

For some wholesome and hilarious queer ADHD content, Haley’s your girl. Her TikTok account, @hayleyhoneyman, has over 265k followers. She has great info for both newly diagnosed and seasoned ADHD folks alike, such as how to complete tasks, stay organized, and hype yourself up when feeling low. Her content is always transparent, documenting moments of ADHD paralysis, which is a mental shutdown brought on by being overwhelmed, and the raw moments of working through abusive relationship trauma. These shots of unfiltered authenticity are truly essential for other people with ADHD to see who feel the weight that comes with this disorder, rather than just the goofy moments of being late or misplacing your keys. Yes, these things are also a daily struggle, but Haley shows the parts of the atypical lifestyle that neurotypicals tend to shrug off or overlook if it’s too much for them. These can look like struggling with texture and food aversions or needing to communicate ideas numerous times to understand them fully (known as auditory processing disorder) and calls attention to these issues. She doesn’t just make content either, she also offers ADHD coaching online as well as makes adorable “Busy bee with ADHD” merch in the form of stickers, t-shirts, pins, and phone cases.