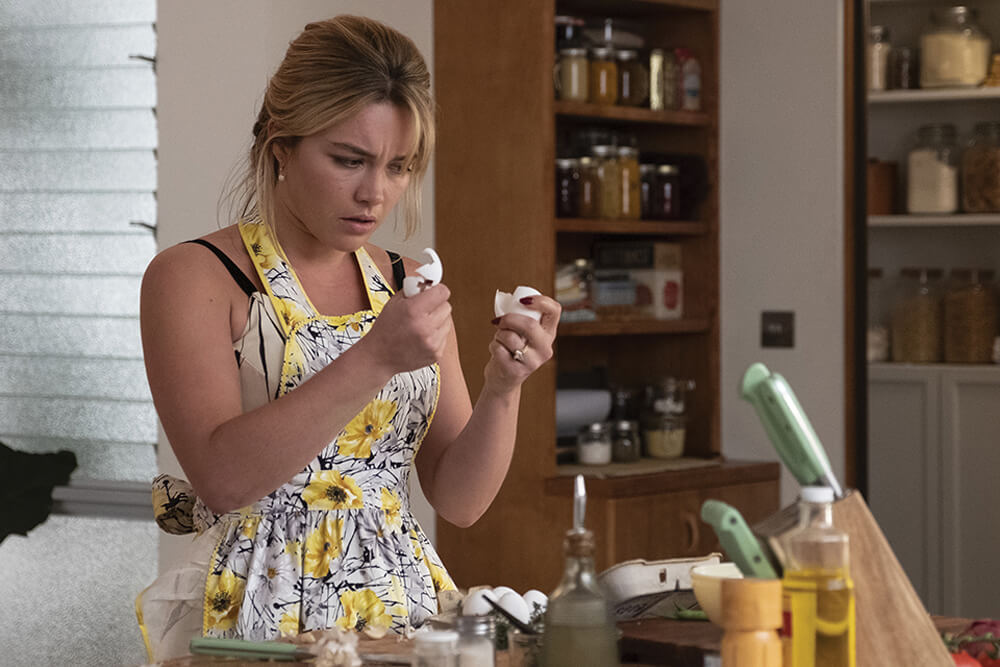 This psychological thriller directed by and featuring Olivia Wilde and starring Florence Pugh, Harry Styles, Nick Kroll, and Chris Pine, revolves around a 1950s housewife living in a utopian experimental community whose life begins to unravel when she starts to suspect her husband may be hiding some dark secrets. Coming to theaters Sept. 23.

2. The Red Skein by SWOON 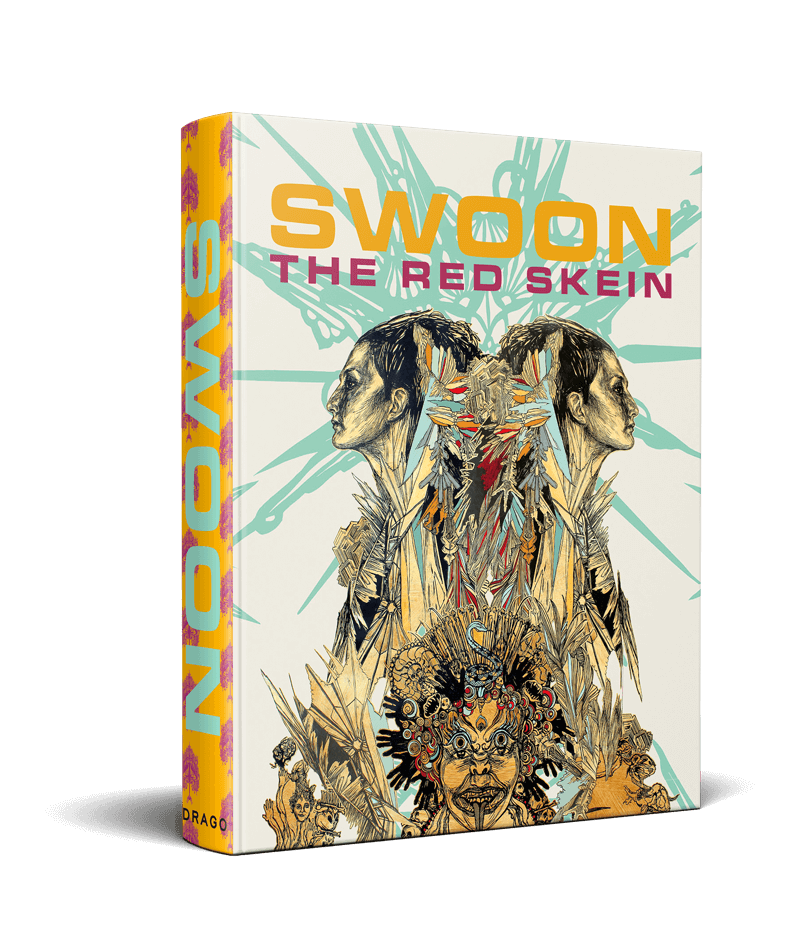 Prolific street artist Caledonia Curry, aka SWOON, digs deep into her body of work in this book covering her street art, studio works, animation projects, museum installations, and community projects. The collection also contains a selection of essays and contributions from various artists, art critics, and curators, including Judy Chicago and New York Times reporter Melena Ryzik. Get your art on at dragopublisher.com. 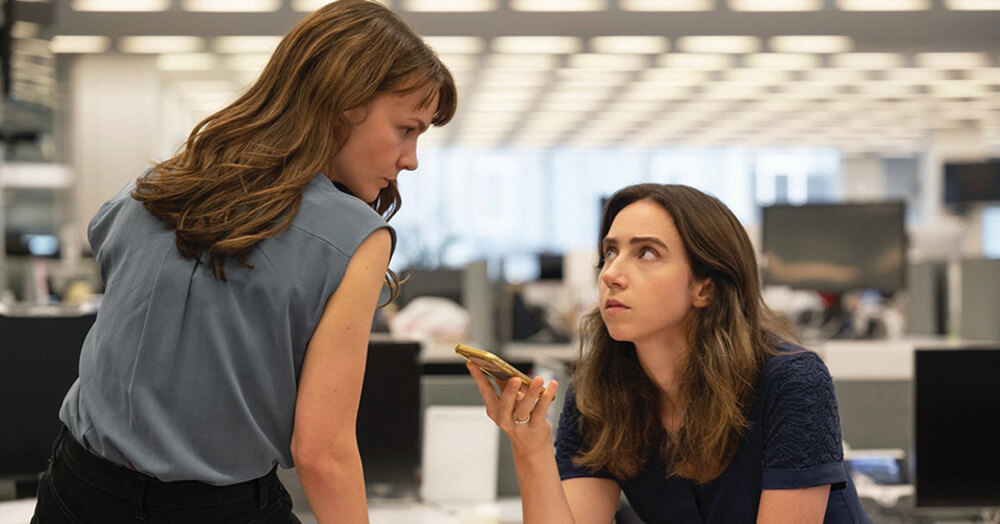 A dramatization of the journey that New York Times reporters Megan Twohey and Jodi Kantor went on to break the Harvey Weinstein sexual assault story, She Said chronicles the events that helped propel the #MeToo movement into a worldwide call to action. Starring two-time Academy-Award nominee Carey Mulligan and Zoe Kazan, the film is directed by Emmy winner Maria Schrader with a screenplay by Oscar winner Rebecca Lenkiewicz. Coming to theaters Nov. 18. 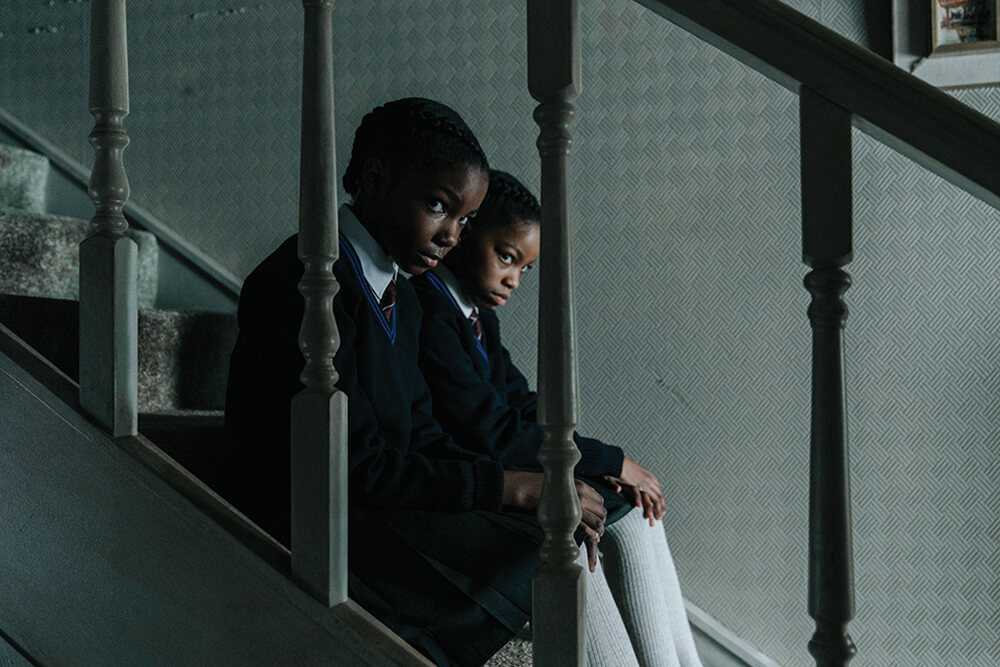 Based on a bestselling book, the film The Silent Twins is the true story of June and Jennifer Gibbons, a pair of Black twin sisters from a small town in Wales who refused to communicate with anyone but each other and created a fantasy world all their own. Starring Letitia Wright and Tamara Lawrance, this fascinating biopic hits theaters Sept. 16. 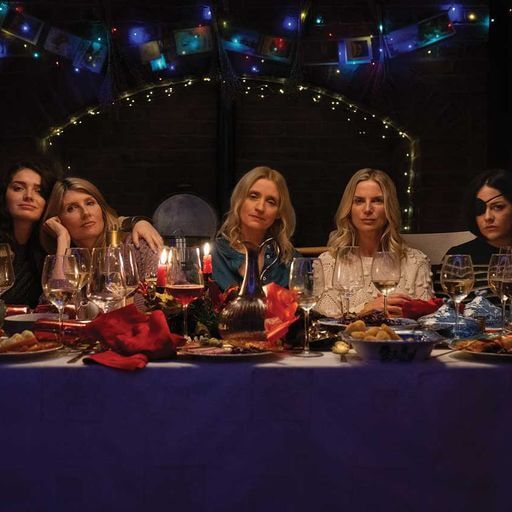 Get hooked on this dark comedy about five sisters who form a strong bond after the early deaths of their parents. One of the sisters has a husband who’s a piece of shit. But the clan has plans for him.... Find out more as this family saga rolls out episodes through Oct. 14th.

6. Our Lady of Radium by Charming Disaster

Inspired by the life and discoveries of Nobel Prize-winning scientist Marie Curie, Our Lady of Radium is the fourth album from goth-folk duo Charming Disaster (aka Ellia Bisker and Jeff Morris). The nine-track album delves into her research, her romance with husband Pierre, the “radium girls” who were poisoned while working with radium-based paint, and more. Stream tracks at charmingdisaster.com/ourladyofradium. 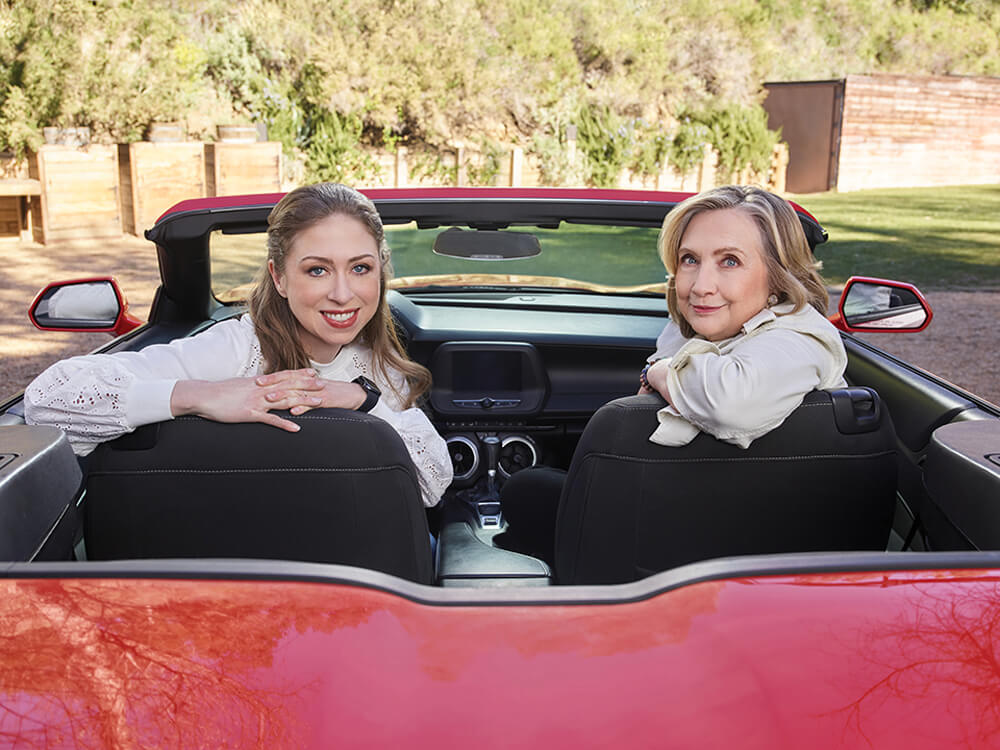 Hosted by Hillary Rodham Clinton and Chelsea Clinton, this docuseries based on the Clintons’ collaborative work The Book of Gutsy Women features female artists and activists who embody what it means to be gutsy. Guests include Megan Thee Stallion, Gloria Steinem, Kim Kardashian, Wanda Sykes, Dr. Jane Goodall, and many more. Get inspired to break barriers when the series premieres Sept. 9.

8. "Joan Didion: What She Means" at The Hammer Museum 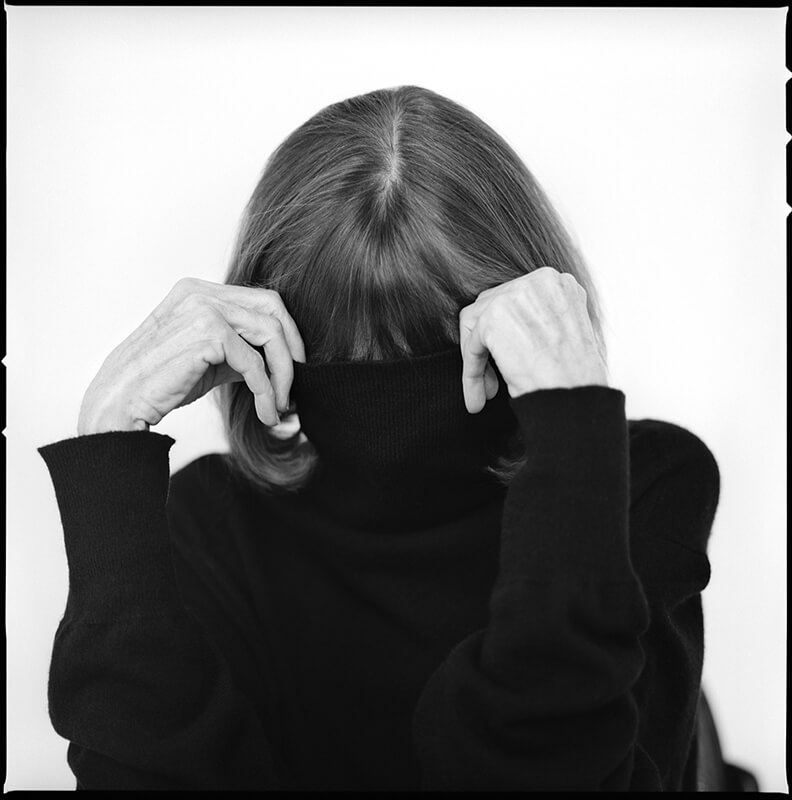 Gathering more than 50 artists and featuring over 200 works including paintings, photos, sculpture, video, and other memorabilia, this exhibit at The Hammer Museum at UCLA explores famed author Joan Didion’s life and body of work. On view from Oct 11 through Jan. 22.

9. Listening in the Dark: Women Reclaiming the Power of Institution Edited by Amber Tamblyn 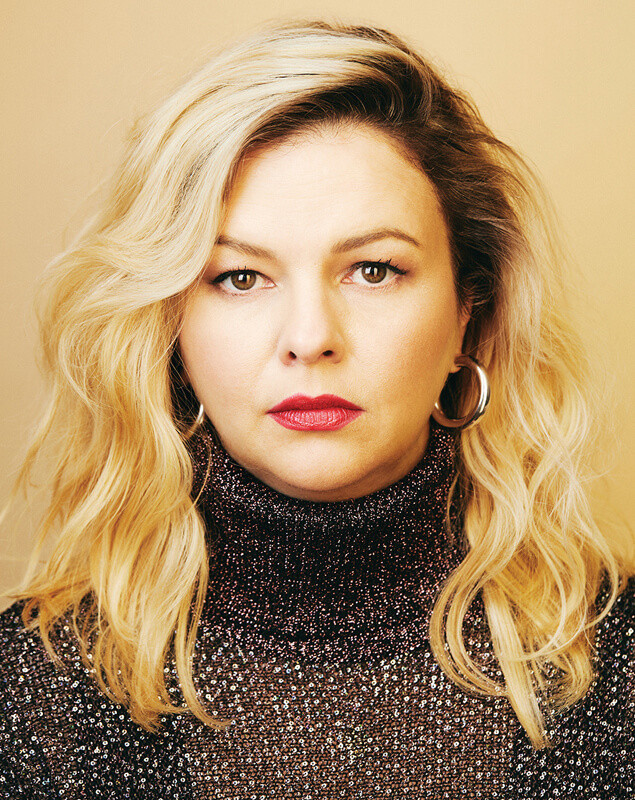 Listening in the Dark  is a collection of essays focusing on how intuition has helped shape the lives and choices of visionary women across several fields, including literature, science, art, education, medicine, and politics. Edited by BUST columnist, award-winning author, activist, and actor Amber Tamblyn, the book contains essays from badasses like Amy Poehler, America Ferrera, Jessica Valenti, Huma Abedin, and Congresswoman Ayana Pressley. Find out more at harpercollins.com.

10. Death of an Artist Podcast 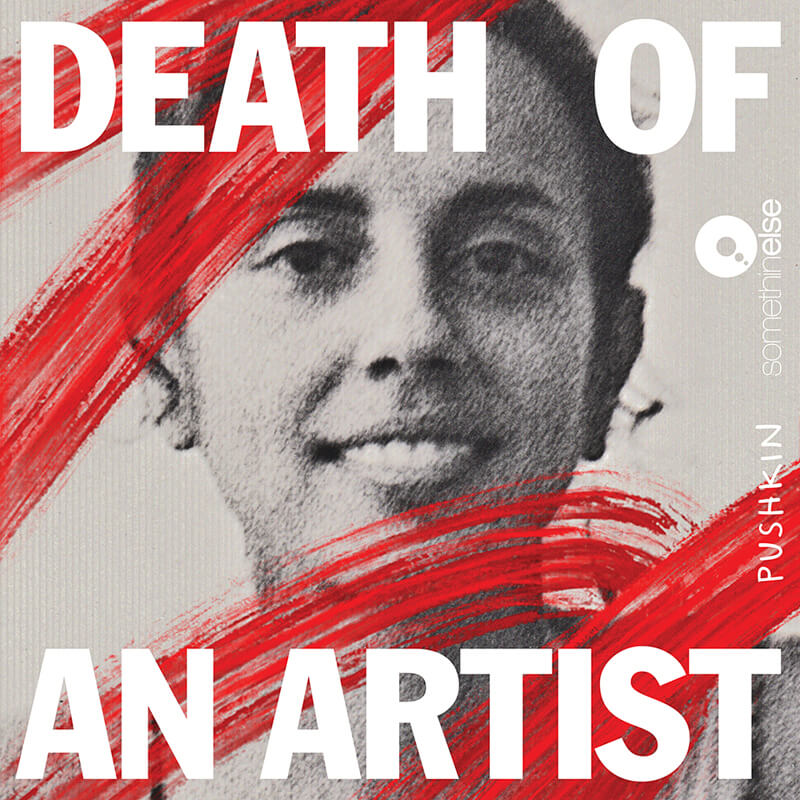 True crime podcast fans listen up! Death of an Artist takes on the case of Ana Mendieta, an up-and-coming performer, sculptor, and painter whose death rocked the art world in 1985. Was it a suicide or did her husband—famed sculptor Carl Andre—kill her? Hosted by curator Helen Molesworth, the show revisits the details of Mendieta’s death and the subsequent trial of Andre that followed. Available everywhere you get your podcasts starting Sept. 23.