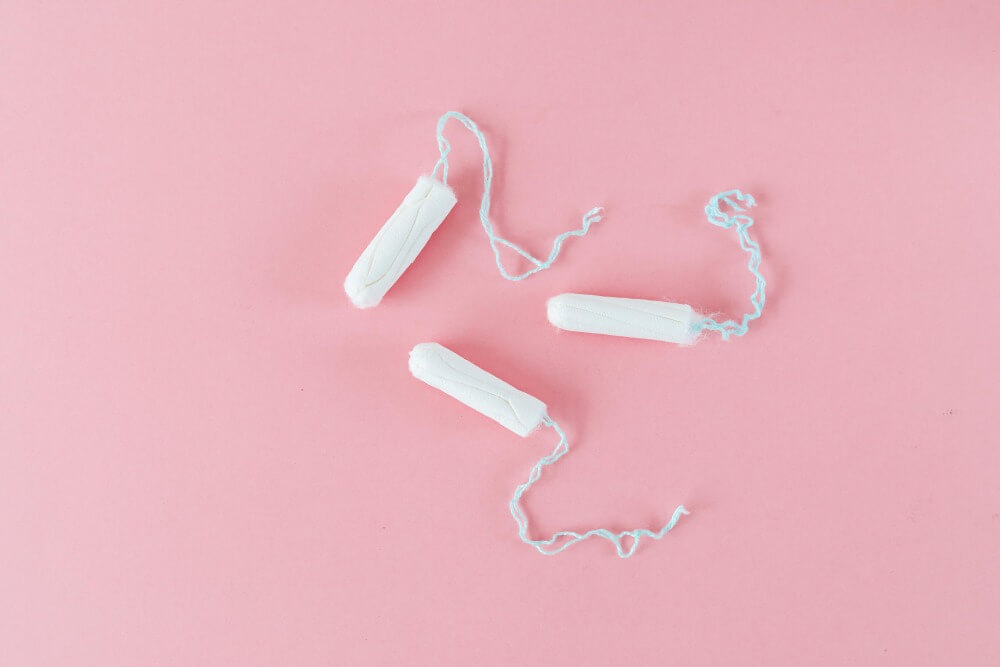 If you’ve been baffled by the holes in the shelves your favorite tampons once inhabited, rest assured, you’re not losing it. Time Magazine reported earlier this month that due to supply chain issues caused by COVID-19, the United States is facing a national shortage of tampons. The prices of materials like cotton, which tampons are made of, have skyrocketed, making the tampon production process far more strenuous. There are some tampon makers, such as U by Kotex, who claim that they’ve not been affected by supply chain issues. Then there’s Procter and Gamble’s Tampax, which is struggling to get the materials necessary to meet demand. That’s a huge point of concern—Tampax’s challenges in acquiring raw materials inevitably affect the entire industry, because in many ways, Tampax is the entire industry. They alone held nearly ⅓ of the tampon industry’s global market share in 2020, and their iron grip has not loosened. Because Tampax is so widely used, any hit to them inevitably impacts a substantial portion of the 70% of menstruators in the US who use tampons.

Procter and Gamble has chosen to respond to the shortage by increasing prices—last week, Bloomberg reported that the average price of a pack of tampons has increased by 9.8%, while the average price of pads has increased by 8.3%. This is a deeply consequential decision, seeing as many unhoused Americans have few options for menstruation but the tampon. Reusable items like Diva Cups and period underwear may appear to be viable alternatives, but they require extensive cleanup to reduce the risk of infection. Menstrual Hygiene Day conducted interviews with homeless women about their periods in 2016, and revealed reusable products, though seemingly cost efficient, were an unrealistic solution for their interviewees, both sheltered and unsheltered, because of inconsistent access to “private cleaning facilities.”  They reported that many women in shelters fear the stigma of using communal resources to clean their menstrual products, while those who sleep on the streets often struggle to find any facility where they can clean themselves, much less their period underwear or Diva Cups. A tampon simply requires less cleaning from the user—once it’s dirty, you just throw it out. For many homeless, they are preferred even over pads, as tampons can be used without underwear.

A post shared by Alliance for Period Supplies (@periodsupplies)

These price increases will not be minor frustrations for many Americans. Already, they are greater than that—a lack of access to menstrual products has debilitated American women since long before the tampon shortage. According to The Journal of Global Health Reports, ⅔ of the 16.9 million low-income menstruators in the United States could not afford menstrual products last year. A study surveying 183 low income women on menstrual health found that nearly half were forced to choose between food and menstrual products from 2017 to 2018. 84% of teens surveyed in a 2019 study on menstrual health had missed or knew someone who missed school because they “did not have access to period products.” We are already dealing with a period poverty crisis in the United States. We know what the consequences are. Those who struggle to meet the high price often do not groan and begrudgingly pay the premium—they free-bleed so that they can afford to eat, they miss out on their education, they soil their clothes. Price increases force more into that position, where their lives are dictated by a process which they can’t control.

Menstrual hygiene nonprofits—such as Helping Women Period, which provides period products to menstruators at no cost—are an important method for reducing period poverty and helping low-income people better manage their periods. Now, even that looks disheartening. From January to June of 2021, over 445,000 tampons were donated by nonprofits—in 2022, just over 213,000 have been donated in the same timespan. This isn’t because the amount of tampons needed has halved in one year. Nonprofits simply have less access to tampons, no matter what the demand might be for the communities they serve. Such a decrease in free menstrual products will inevitably worsen period poverty—that in turn, will inevitably worsen outcomes for many, mostly women, whose school, home, and worklife may all be affected by the inability to hygienically manage their period.

Now, more than ever, it’s essential to support organizations like Helping Women Period. I Support the Girls is a great place to look if you have any unused period products, or even unused undergarments—they provide free period products and underwear to homeless people around the world. There’s also Period, which donates products to marginalized communities across the U.S. They run out of products quickly because there’s such high demand, so giving your unused products to them is a big help. You can also look right in your backyard—homeless shelters, especially women’s shelters, have a finite supply of menstrual products. Your local shelter likely accepts donations of unused pads and tampons with open arms. There are myriad places to go, because there are myriad people who need period products. That was true even before the tampon shortage, but it is truer now.