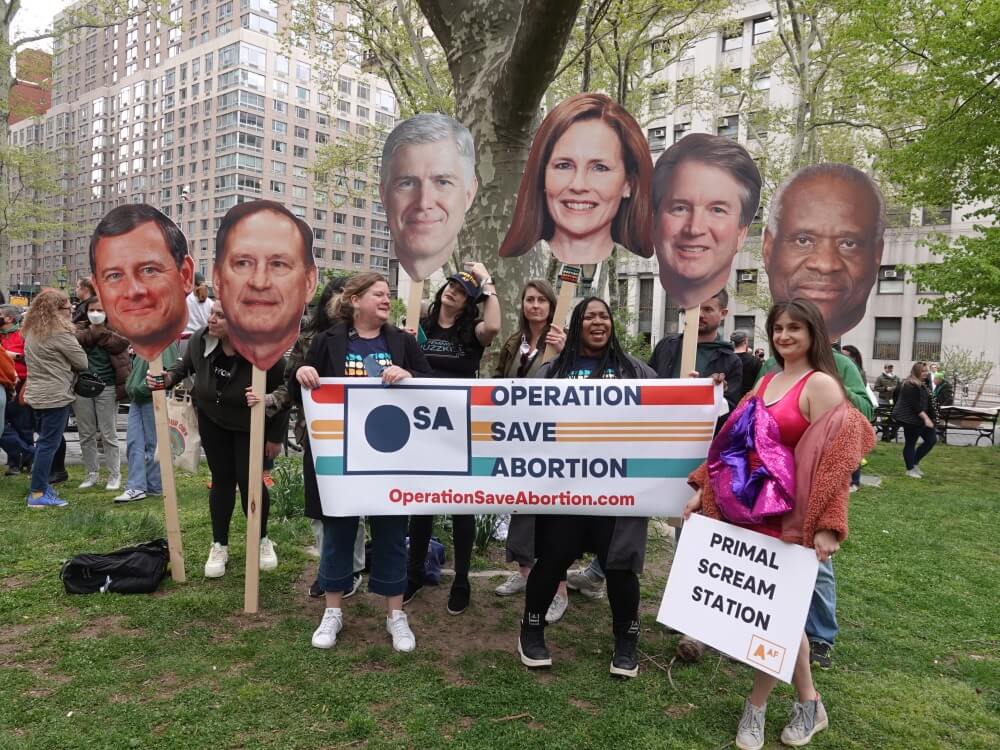 Update: On June 24, 2022, the United States Supreme Court overturned their decision on Roe v Wade, which  means that Americans have lost their Constitutonal right to safe abortions, and 26 states are either definitely or likely to ban on abortion.

On May 2nd in a leaked memo, it was reported that the Supreme Court intends to overturn Roe v. Wade, the historic 1973 decision that legalized abortion in the United States. Since then, we’ve mobilized, we’ve protested, and we’ve disseminated resources through every media outlet we can think of. But still, this feeling of stagnance mixed with rage is common for many, and for me, it’s deeply frustrating—I feel as if I’m vibrating with the restlessness, with the need to do something. But calling my local planned parenthood or offering up my living room floor on Facebook to people who may be traveling for abortions feels a bit hopeless and misguided.

This is where Abortion Access Front (AAF) comes in. 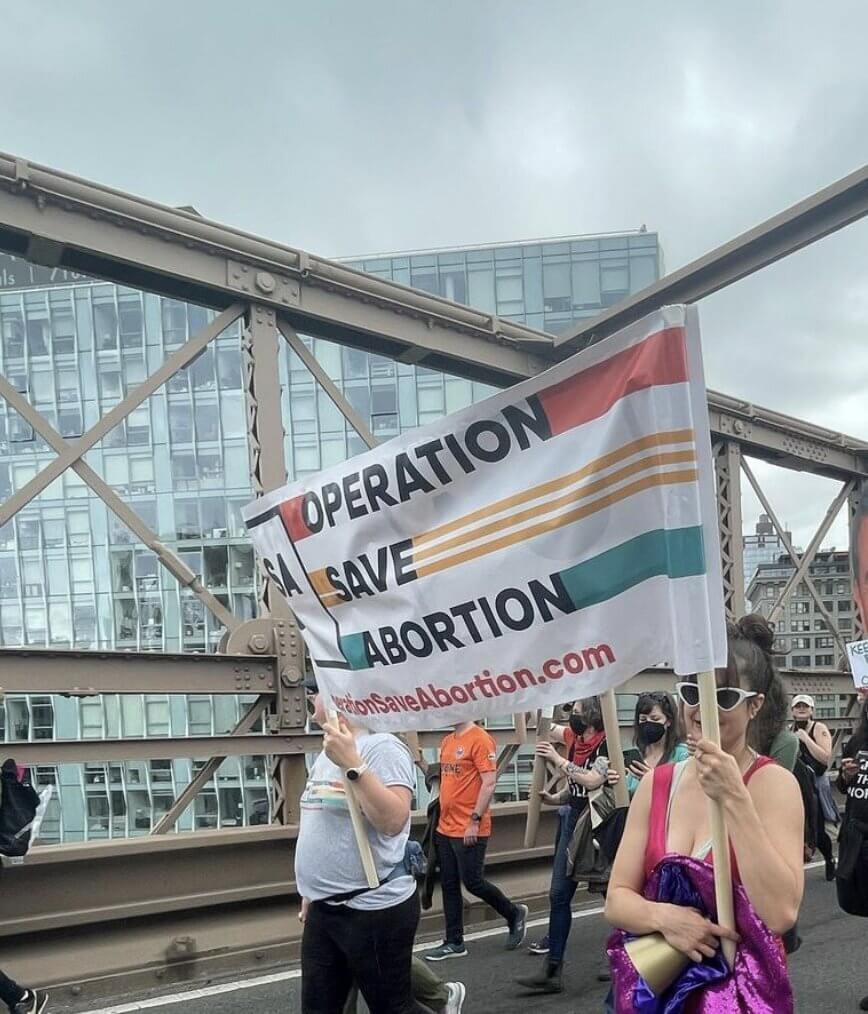 Founded in 2015, the Abortion Access Front (AAF) is “a team of comedians, writers, and producers that uses humor to destigmatize abortion and expose the extremist anti-choice forces working to destroy access to reproductive rights in all 50 states.” They create content that informs and captures their audience, while also emphasizing how these issues disproportionately affect the poor and people of color. Through its mission and programming, AAF intends to make abortion advocacy accessible and understandable, while also connecting people to a network of independent organizations that need resources.

"We want to make sure that if and when Roe falls, we have a plan for the groups who are still doing the work getting that support and being connected to each other."

Max Carwile, Director of Programs at AAF, is the founder of Tennessee Stories Project (an abortion storytelling campaign) and joined the team this past year. Carwile’s passion for abortion access and advocacy started when she got an abortion at 17, and now, she works for AAF working closely with independent clinics, and engaging guests for AAF programming. Though it is appalling, the Supreme Court leak is exactly what AAF prepares for. “The Supreme Court decision and everything that comes before that decision, be it marching or raising awareness, educating on the Supreme Court case itself—Abortion Access Front, we’re really focused on the what’s next, what happens after the decision, what will people need to know, because we want to make sure people are prepared,” said Carwile. “We want to make sure that if and when Roe falls, we have a plan for the groups who are still doing the work getting that support and being connected to each other.” This plan consists mostly of ensuring people are prepared to lend their time and skills to the right organizations by educating and providing resources. And AAF does this through their Feminist Buzzkills Live: The Podcast and programming like their Operation Save Abortion trainings or mass calls to action.

Though the information is heavy, I could listen and learn without getting too discouraged.

As Director of Programs, Carwile finds guests in the reproductive health rights and justice sphere for the Feminist Buzzkills Live: The Podcast. The dynamic and wonderfully passionate podcast makes us laugh, cry, and learn. Hosted by Lizz Winstead (Daily Show co-creator and founder of Abortion Access Front), Moji Alawode-el (writer, activist, marketing manager Abortion Access Front), and Marie Khan (Activist, volunteer coordinator Abortion Access Front), the podcast has episodes on Abstinence-Only sex-education, Fake Abortion clinics, and really, any anti-abortion legislation that comes to light. The episodes run an average of 40 minutes. The hosts inform the listeners while also cracking jokes, expressing disbelief, and dropping stats. Listening to Feminist Buzzkills Live gave me a wealth of information in a casual, unintimidating way— which, of course, is AAF’s goal. “With our signature blend of humor and fun, we want to make sure people not only know what's going on but how they specifically can plug in,” Carwile said. The podcast breaks down information that is usually widespread and undecipherable like the words of politicians and experts and helped me digest news I could trust. It’s entertaining and keeps the everyday person informed. Though the information is heavy, I could listen and learn without getting too discouraged. 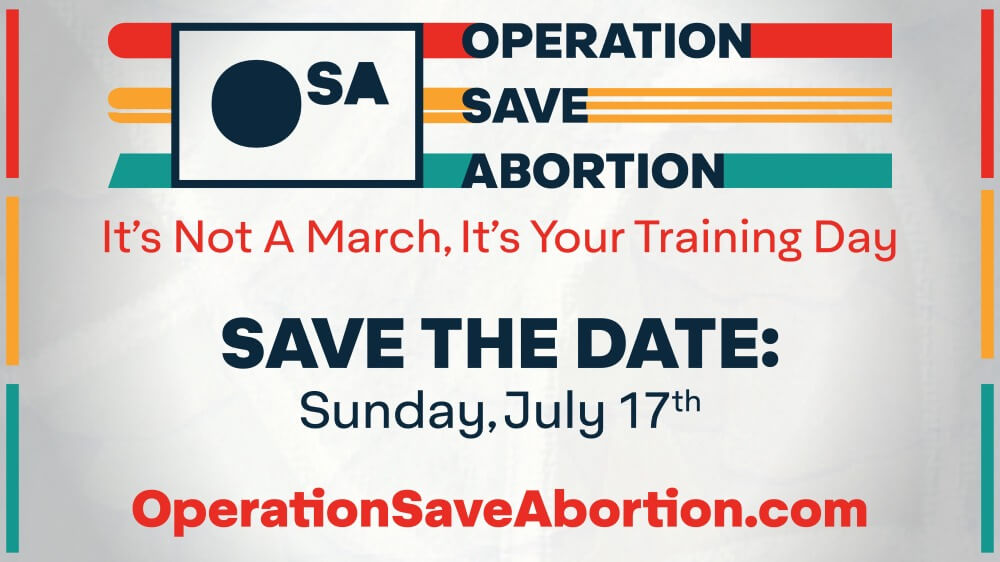 On July 17th, Abortion Access Front is hosting an Operation Save Abortion virtual training. An “onboarding into the movement” as Carwile called it, is a “supercharged all-day training experience that will be live-streamed” to each and every person who registers. Starting at 11 am, the trainings will be an educational house party of sorts, teaching attendees how to protect abortion rights through volunteering, talking to politicians, and connecting people to resources. “We want to have this day-long training as sort of an orientation to the movement. So people can use that as a time to figure out where they specifically can fit in, instead of trial and error…” Carwile said.

The training is for anyone who wants to get involved, and it’s free. There will be activities to do with friends, events to add to your calendar, and lots of information on how to best get involved. But that’s just the beginning. The main objective of the July 17th training is to educate people around the country and send them where their skills are most valuable. Anyone can get involved, as long as they have a computer and an internet connection. “After July 17, people have access to a whole sort of activism calendar of the ways they can plug in virtually or in-person in their community, and that’s where they kick off their work.” Through the Operation Save Abortion training, attendees will get access to a calendar of upcoming trainings, upcoming events, and a list of the exact groups that most need volunteers. Ultimately, the movement is most effective when everyone knows exactly what to do and the Operation Save Abortion Training allows for people to have direction and be more effective.

If you’re having feelings of restless uncertainty, AAF can help you take action. Signing up for the Operation Save Abortion Training, spreading the word, and inviting your friends is a great way to do something tangible and truly helpful. AAF was made for this—get the information from the experts. You can sign up for the Operation Save Abortion Training here, subscribe to the newsletter here, and the Podcast can be found on Apple Podcasts or Spotify.