Noom, The Toxic Weight-Loss App That Claims Not To Be A Dieting Program, Is Being Called Out On Twitter 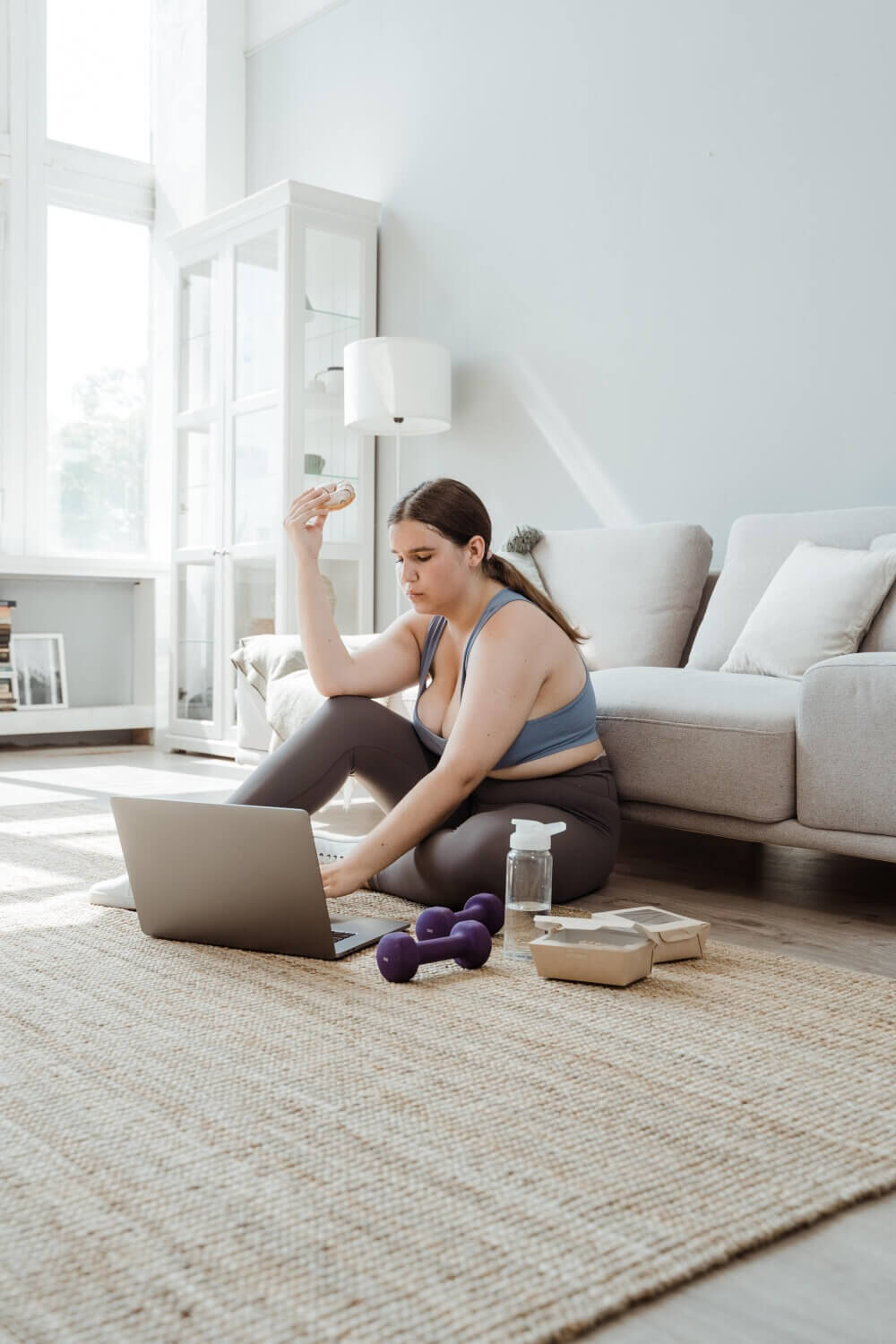 every noom ad is like “we’re NOT a diet. we’re an eating disorder :)”

Since its founding in 2008, Noom has distinctly differentiated itself from other weight loss apps by claiming to create “behavioral changes” in users’ approaches to weight loss. Their tagline: “not your typical diet program with strict rules, restrictions, or pre-set goals.” They boast that they use psychological approaches, like cognitive behavior therapy and dialectical behavioral therapy, to change the way people think about food, rather than enforcing rigid diet culture.

For a whopping $59 a month or $199 a year, users are promised weekly check-ins from certified health coaches, daily affirmations, and tips on mindfulness around food and diet.

Weight loss programs in general are nothing new – Weight Watchers, Fitbit, MyFitnessPal – are all designed to help people lose weight, a fad that our image-obsessed culture never stops capitalizing on. But in recent years, as the anti-diet movement has gained real traction, many weight loss programs are rebranding in order to distance themselves from traditional “dieting” and appeal to the cultural moment of body positivity and meditative mindfulness.

But since the beginning of the pandemic in 2020, 61% of adults in the U.S. have reported that they’ve gained weight. This has led to an increase in demand for weight loss apps, like Noom.

Noom’s approach to weight loss seems promising, but right after you tap in your personal details into the app, it immediately assigns you a targeted calorie count and uses a color-coded database that labels foods as green, yellow, or red based on their caloric intake.

This classification of foods not so subtly suggests that there are “good foods” and “bad foods,” which already creates subconscious rules and restrictions for users.

I tried Noom for a few weeks until they put hummus in the red food category and I promptly deleted the app.

Many users on Twitter said that Noom suggests 1,200 or less calories per day no matter what. According to the Dietary Guidelines for Americans, calorie counts differ based on body and lifestyle, but the average woman should consume around 2,000 calories a day. A nutritionist told Insider that 1,200 calories a day is the recommended intake for a toddler. This level of under-eating can cause serious side effects and often causes people to gain back more weight. Even users who were exercising intensely or who had special health needs were suggested 1,200 calorie plans on Noom. One user tweeted that the app told her to consume only 1,200 calories a day while she was breastfeeding.

Since #Noom is trending, I'll take a moment to include that, as a 4-week postpartum and exclusively breastfeeding mother, Noom told me to eat 1200 calories a day.

Throughout the Twitter thread, users also claimed that they had developed or were triggered back into eating disorders since downloading the app. One user even suggested that she believes that Noom is targeted to people with histories of disordered eating.

In one sponsored Noom ad on Instagram, a tall, thick stack of cakey pancakes consumes the screen. Just above the cakes, in big, bold font: “No food is forbidden. Just 10 minutes a day. Keep the weight off.” This type of advertising is purposefully vague and enticing. It seems like a quick and easy solution for weight loss, which is particularly appealing to those who have had complex and disordered relationships with food and dieting in the past.

According to the National Eating Disorder Association, over 30 million Americans suffer from an eating disorder, a number that has also been skyrocketing during the pandemic.

Noom has denied that they allow people with diagnosed eating disorders to sign up for the app. “We take eating disorders very seriously, and actively work to avoid causing harm to or triggering someone who has experienced a harmful relationship with food in the past,” the company said in a statement to The Independent. But there is really no way for them to know whether users signing up for it have a history of eating disorders or not and the app has no special systems in place for those with histories of disordered eating. Every user gets the same type of "coaching."

So excited that Buzzfeed News is looking at Noom. Using Noom for just a week had me verging on ED behaviors again. Few more thoughts below. https://t.co/1OVrCBFk52 via @scaachi

Even for people without a history of eating disorders, the constant logging of everything that you put into your mouth and the color-coded response to eating choices suggests that Noom can easily create obsessive behavior and thoughts around food. Yet they continue to claim that they are not a traditional diet and that they use a “psychological” and “mindful” approach. Their false advertising goes beyond misleading, they are being irresponsible and ultimately quite harmful.

Vice reports that there are no certified therapists in the app to help users who may start to feel the psychological pressures around food. Rather, the “coaches” and “goal specialist” send vague, colorful motivations – #healthforall, #yourock!, #goodthingstaketime.

Calorie counting and restrictive dieting is always stressful and comes with possible psychological and physical consequences, but Noom is particularly insidious because it disguises itself behind the flowery language of “wellness” and the “anti-diet.”

Last week’s viral Twitter thread is more proof that just under the shiny surface of so many "wellness" brands, is the same dusty, old diet culture that has been there all along.