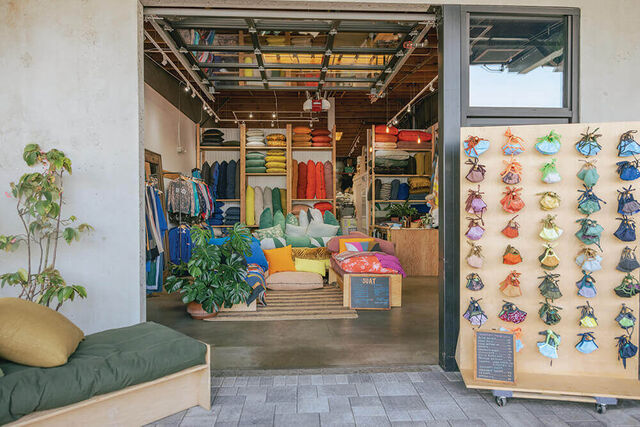 Over 250 tons of textile waste have been diverted from landfills thanks to Los Angeles’ small-but-mighty Suay Sew Shop where thousands of pounds of fabric are donated by L.A. county residents every single week. Since 2017, founders Lindsay Rose Medoff and Tina Dosewell, along with production manager Silvia Acevedo, have been building Suay as more than a brand—they’ve created a movement that puts remade textiles and garment workers’ rights front and center.

Medoff and Dosewell met through L.A.’s sewing community, and though they had been working together in different capacities for years, it wasn’t until Medoff was working as a freelancer on Patagonia’s reclaimed clothing line, ReCrafted, that the two realized a factory specializing in reused textiles was a much needed and viable business. They took it upon themselves to create it, founding Suay (which means “beautiful” in Thai, as an ode to Dosewell’s culture), and producing every piece for ReCrafted. Acevedo joined shortly after. 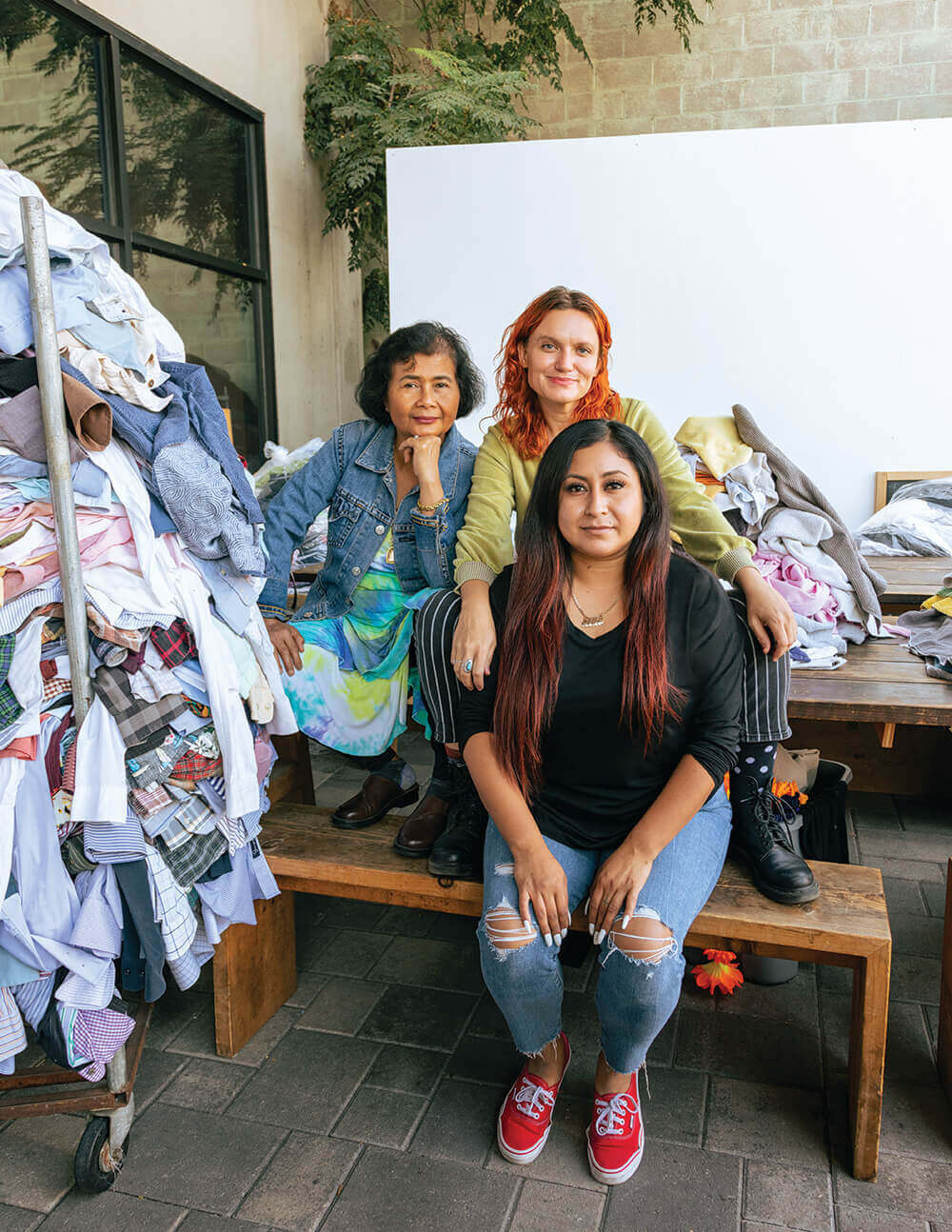 For Medoff, the ethos behind Suay took root much earlier, however, when she was just a “young punk kid” making her own outfits at 13. “I used to drive my family crazy by refusing to buy anything new,” she says. “I have always sewn my own clothes and have been obsessed with thrift stores from a very young age—I like the textures, I love the color, I love the uniqueness, I love getting lost.” Walking into Suay Sew Shop’s storefront, nestled in a quiet cul-de-sac just steps away from the L.A. River, evokes a similar feeling. The open space offers up a rainbow of reuse: throw pillows and placemats made from vibrantly dyed deadstock linen, colorful repurposed-fabric quilts, and remade apparel including cropped silk shirts, colorblocked sweatshirts, and patchwork flannels. Plus, everything is made by skilled laborers who are paid fair wages. 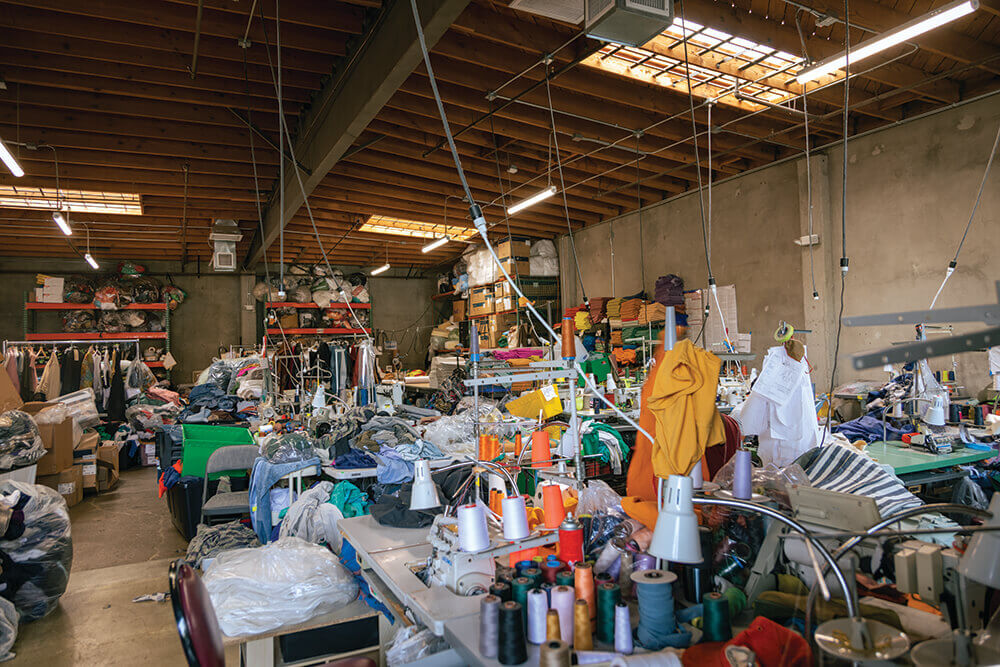 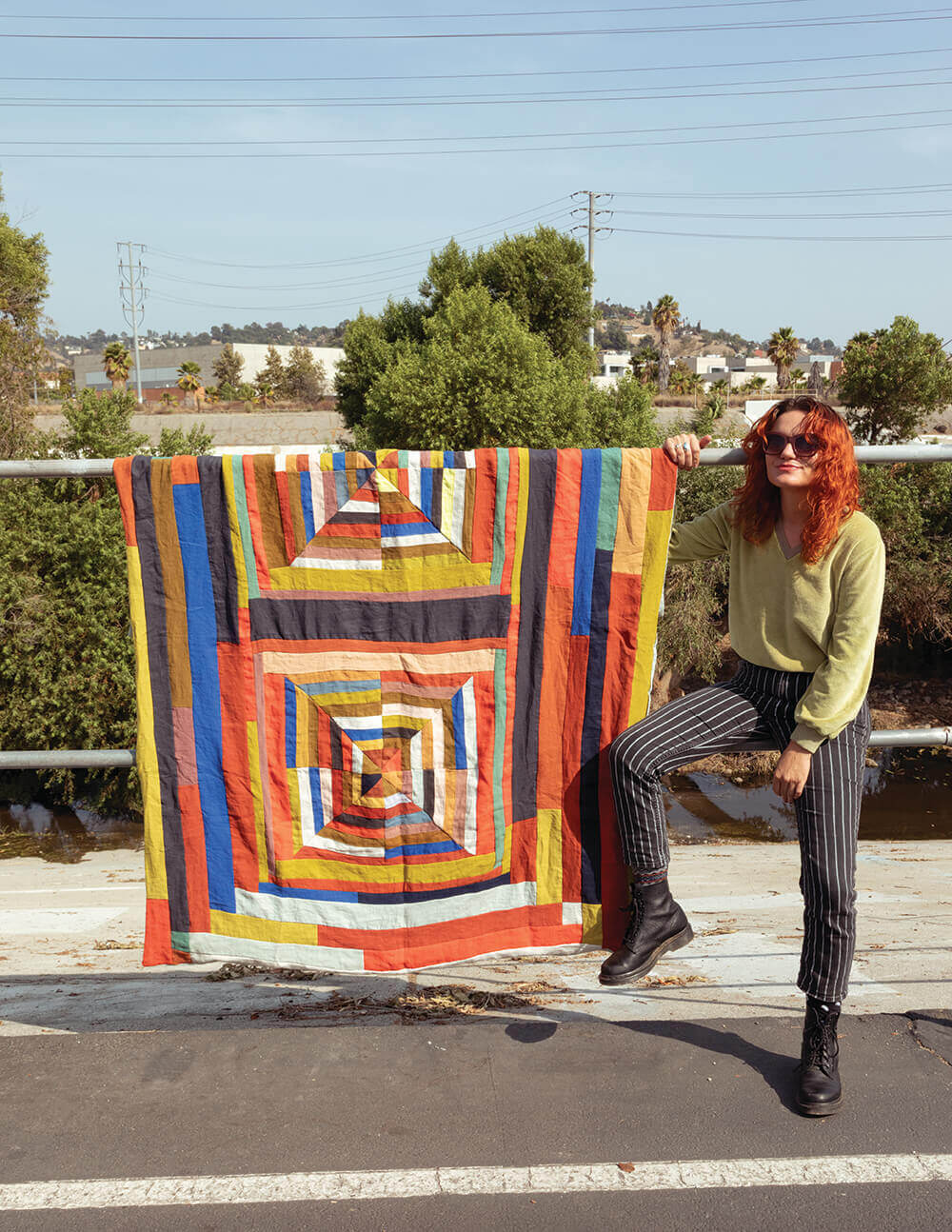 But Suay offers much more than a sustainable shopping opportunity. “Suay is here to be a pillar of support to help the community engage in reuse,” says Medoff. That’s why they also offer garment alteration and customization and memory-quilt making, allowing customers to turn sentimental textiles like a loved one’s T-shirts into an heirloom keepsake. Their coolest service, though, might be the monthly community dye bath: clients mail in or drop off clothing items that need refreshing ($12 to $16 per pound), and Suay dyes them in one of that month’s three chosen colors. (Recent hues were an earthy “potter’s clay” and a deep yellow “citron.”) 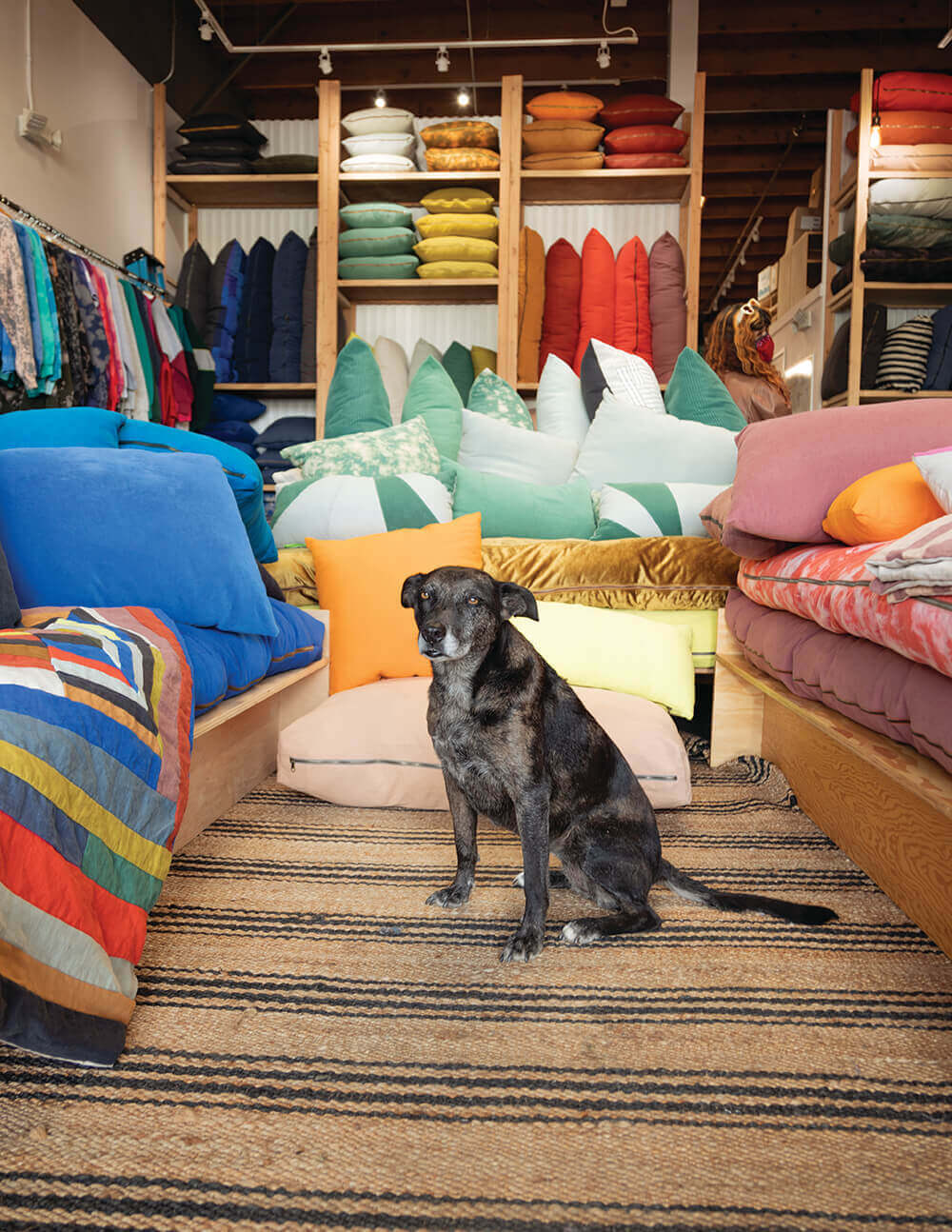 Merle showing off the merch

Within the next few years, Suay’s 30-worker-strong operation hopes to become staff-owned. They also plan to utilize predominantly post-consumer waste and to expand their “alternative manufacturing model” to other cities. “It’s an inner voice that we’re trying to create in people,” Medoff says. “Believing in the power of personal, daily, habitual change actually making a difference is number one.” –anna gragert

Tags: Suay Sew Shop , sewing , reuse , sustainable shopping , remade textiles , garment workers rights
Support Feminist Media!
During these troubling political times, independent feminist media is more vital than ever. If our bold, uncensored reporting on women’s issues is important to you, please consider making a donation of $5, $25, $50, or whatever you can afford, to protect and sustain BUST.com.
Thanks so much—we can’t spell BUST without U.