USA Fencing Team Wears Pink Masks in Protest of Teammate Accused of Sexual Assault, and In Support of Survivors 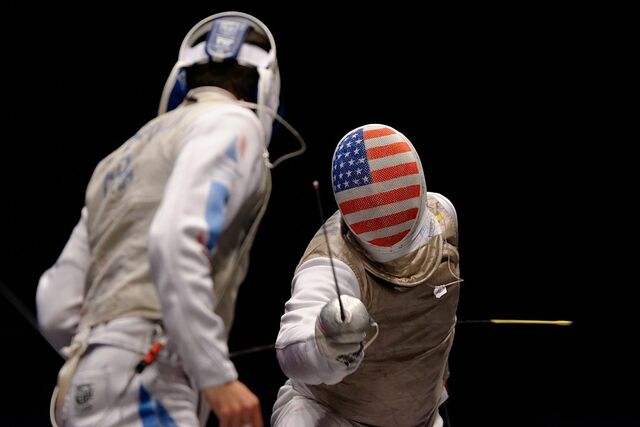 #TeamUSA men’s epee team wore pink masks for their opening match at the Olympics as a show of support for sexual assault victims. Alen Hadzic— their teammate accused of rape and sexual assault— is on the left. Kudos to the team for taking a stand. #BelieveWomen pic.twitter.com/yRI4azelKN

According to NPR, Hadzic was accused by three women of sexual assault in the years 2013 to 2015. After making the team, multiple women came forward with allegations of sexual misconduct on his part and despite being currently investigated for said misconduct, Hadzic kept his spot on the Olympic team as an alternate.

Hadzic was originally suspended from participating in the Summer Games but fought to end the suspension saying that he "rightfully earned" his spot on the team. USA Fencing and the nonprofit, SafeSport, put together a plan to keep Hadzic out of the Olympic Village and away from female athletes to prevent sexual assault from occurring. The “safety plan” included Hadzic flying on a different plane, staying in a hotel far away from the Olympic Village, and not practicing with any female athletes.

Hazdic’s teammates were so outraged by his participation they all decided to wear pink masks, while Hazdic was singled out wearing a plain black mask. This simple act sparked a conversation about the lack of regard USA Fencing has for preventing sexual assault.