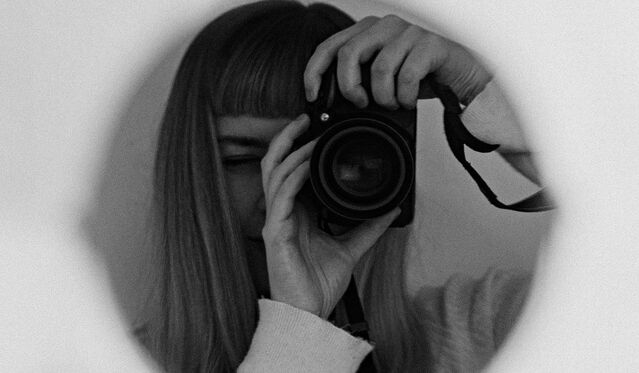 Norway has passed a new law which will make it illegal for influencers and celebrities to photoshop images of themselves on social media platforms, unless explicitly stating that they have done so. The move comes as part of the Ministry of Family and Children’s desire to “reduce body pressure,’ and its contribution to low self worth among young people.  According to a report from Vice, the law will crack down on any alterations made to the face and body, including the use of filters. Failure to do so will result in a fine or even imprisonment.

Countless medical studies have shown a correlation between social media, body dysmorphia and disordered eating. One study looked at 1,000 middle schoolers, and found that a greater number of social media accounts was associated with a higher frequency of thoughts and behaviors linked to eating disorders.

The potential for confusion among young people increases when you consider the two prominent, yet polar opposite narratives currently running parallel to each other on social media. One promotes body positivity: calling for the visibility of all body shapes, sizes and perceived physical ‘flaws.’ The other regurgitates a very specific body type and face; unnatainable for the majority of women and young girls. Dubbed ‘Instagram face’ in recent years, this look plucks the most coveted features of every ethnicity and arranges them ala Mr Potato Head: almond eyes, Jessica Rabbit hourglass, bee-stung pout, pore-less, tanned skin - topped off with an inconspicuous nose. Its domination of social media is pehaps so dangerous because some of its most prolific promoters (Kendall and Kyle Jenner, Bella Hadid, Ariana Grande) will often aggressively deny any alteration. This year Kendall Jenner was accused of having photoshopped an Instagram post in which she showed off her svelt yet curvy body in a Skims brand 'micro thong.' Twitter was flooded with self-flagellating comments from women negatively comparing their own body to that of the super-model. Though Jenner responded with a tweet of her own ('...you are beautiful just as you are...") one has to wonder whether this vague gesture towards body positivity has any substantial effect.

Norwegian influencer, Madeleine Pedersen voiced her opinion about the reasoning behind the new law to the BBC, reflecting on the effect photoshop has had on her own body image; "The worst part is that I don't even know if the other girls I looked up to did edit their photos or not. That's why we all need answers - we need this law."

Though this new legislation may help to make the trick mirror of social media more transparent, some are sceptical of just how effective it will be combatting negative body image. Psychology Today published a report in direct response to the new measures, concluding that the visual exposure to photoshopped images are harmful regardless of any disclaimer, because the unrealistic image is still being absorbed subconsciously. Speaking from an influencer’s perspective however, Pederson believed that the law will be effective in limiting the use of photoshop altogether, as influencers will be too proud to openly admit alteration to their followers.

Norway now waits for the king to decide when exactly the law will come into effect.

Tags: norway photoshop laws , photoshop , instagram , Norway , body positivity , instagram face. , body positivity
Support Feminist Media!
During these troubling political times, independent feminist media is more vital than ever. If our bold, uncensored reporting on women’s issues is important to you, please consider making a donation of $5, $25, $50, or whatever you can afford, to protect and sustain BUST.com.
Thanks so much—we can’t spell BUST without U.