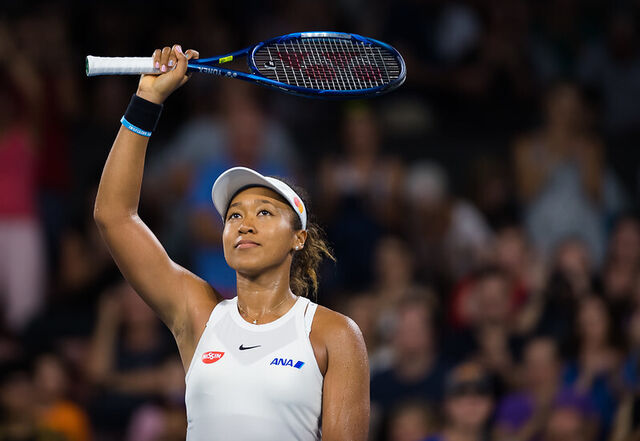 Naomi Osaka dropped out of the French Open on Monday after the tennis player received a $15,000 fine for refusing to speak to the press due to mental health issues.

“The truth is that I have suffered long bouts of depression since the US Open in 2018, and I have had a really hard time coping with that,” Osaka stated in a tweet on Tuesday.

“Though the tennis press has always been kind to me (and I wanna apologize to all the cool journalists I may have hurt), I am not a natural public speaker and get huge waves of anxiety before I speak to the world’s media,” she added.

The Calm App, a popular meditation app, tweeted that they would cover the fines of any athletes who decided to not speak to the press at 2021 Grand Slam media appearances for mental health reasons and donate another $15,000 to the Laureus Sport, an organization that is using sports to aid in the development of youth.

Osaka is the highest-paid female athlete ever, bringing in $60 million throughout her career. Her voice in this fight is incredibly loud, and her decision to leave the French Open has sparked a conversation on the lack of regard sports organizations and the press have for the mental health of athletes.

According to data from Athletes for Hope, 35% of elite athletes experience a mental health crisis such as anxiety and depression. People like Osaka are doing their part in ensuring that this statistic is talked about and addressed.

Other prominent figures such as Hilary Clinton and Serena Williams added their voices to the mix.

“I’m extremely inspired by @NaomiOsaka’s courage. This is a moment for all of us - especially the press - to ask why it’s not enough to let her stellar performance on the court speak for itself,” Clinton tweeted on Wednesday.

Williams told reporters, "I wish that I could give her a hug because I know what it is like."

The courage Osaka exhibited when speaking up against the pressure the press has on an athlete’s mental health is inspiring and the start of a new chapter in how athletes are treated on and off the court.

Tags: mental health , tennis , Naomi Osaka , French Open
Support Feminist Media!
During these troubling political times, independent feminist media is more vital than ever. If our bold, uncensored reporting on women’s issues is important to you, please consider making a donation of $5, $25, $50, or whatever you can afford, to protect and sustain BUST.com.
Thanks so much—we can’t spell BUST without U.