Details
BY Stamatina Copulos
IN Living
Published: 21 May 2021 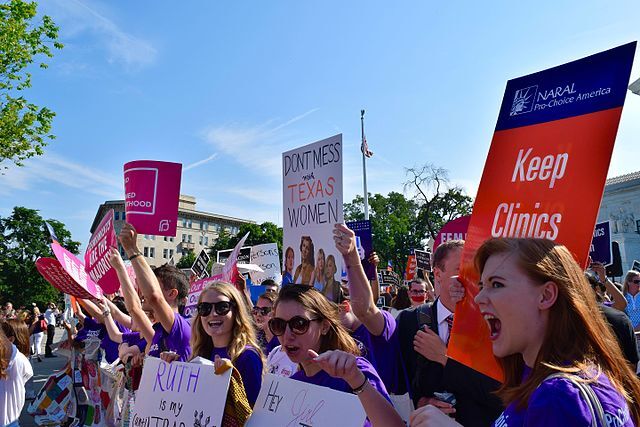 Texas has banned abortions when a fetal heartbeat is detected, which can be as early as six weeks into a pregnancy, according to the Texas Tribune. Gov. Greg Abbott signed the bill on Wednesday. The law takes effect in September.

The “Texas Heartbeat Bill'' also introduces a new twist on how it will carry out the law. The law specifically prohibits state officials from enforcing it. Instead of having local police officers monitoring abortion clinics and women’s healthcare centers, the law says,  “Any person, other than an officer or employee of a state or local government entity in this state,” can sue someone they think performed an abortion and anyone who helped in the process.

In summary, a doctor performing or intending on performing an abortion and anyone involved, knowingly and unknowingly, when a fetal heartbeat is detected can be sued by anyone who finds out about it. Claimants, the people who sue, that win their case will be rewarded a minimum of $10,000 for each abortion performed by the defendant (the doctor or others involved) and the costs and attorney’s fees brought on by the suit.

The defendant can bring a class action lawsuit in their own county on a person in violation of the law even if the act was done in a different county. Additionally, the defendant does not have to be from Texas.

“Every citizen is now a private attorney general,” Josh Blackman, a constitutional law professor at South Texas College of Law Houston, told the Texas Tribune. “You can have random people who are against abortion start suing tomorrow.”

The law includes instances where a woman is pregnant due to rape or incest. The mother cannot have an abortion if a fetal heartbeat is detected. It does allow abortions due to medical emergencies as long as the condition and the procedure are documented in the doctor’s notes.

The “Texas Heartbeat Bill” focuses on fetal heartbeat to determine whether an “unborn child” will survive the pregnancy. According to Lamaze International, a doppler machine, a wand that is waved over the mother’s abdomen to detect a heartbeat, cannot be used reliably until eight weeks into the pregnancy at the very earliest. This method is typically used closer to 12 weeks.

“An embryo is termed a fetus beginning in the 11th week of pregnancy, medical experts say,” according to AP News. This is consistent with the Mayo Clinic’s timeline of the first trimester of pregnancy.

As of 2019, there are 22 abortion clinics in Texas. Amy Hagstrom Miller, the head of Whole Woman's Health, which runs four of these clinics, told the Texas Tribune that about 90% of women in their care are more than six weeks into their pregnancy.

“When you factor in the time it takes to confirm a pregnancy, consider your options and make a decision, schedule an appointment and comply with all the restrictions politicians have already put in place for patients and providers, a six-week ban essentially bans abortion outright," said Dyana Limon-Mercado, executive director of Planned Parenthood Texas Votes.

The unprecedented law comes after the Supreme Court agreed to take on an abortion case from Mississippi. The state is asking to ban abortions after 15 weeks into a pregnancy.

Texas’ current abortion laws prohibit the surgery after 20 weeks and abortions by pill after 10 weeks with exceptions for medical emergencies but not rape or incest. According to Center for Disease Control and Prevention, over 90% of abortions happen within the first 13 weeks of a pregnancy.

John Seago, with Texas Right to Life, an anti-abortion organization that supported the bill, said to the Texas Tribune that it “will be interesting to see (how) the other kind of alternative avenues (handle) these debates.” Critics of the law promised to challenge it before it goes into effect at the end of the summer.

“The goal is clear: to relentlessly attack our reproductive rights until abortion is a right in name only. Passing these bills is not leadership, it is cruelty and extremism,” said Alexis McGill Johnson, president of Planned Parenthood Action Fund.

Planned Parenthood of Greater Texas is already involved in a lawsuit filed on Monday against the city of Lubbock in Texas, according to Reuters, which claims to be a “sanctuary city for the unborn children” after banning abortion completely in its town, a law that will take effect on June 1.

Tags: abortion , Texas , pregnancy , pro-choice
Support Feminist Media!
During these troubling political times, independent feminist media is more vital than ever. If our bold, uncensored reporting on women’s issues is important to you, please consider making a donation of $5, $25, $50, or whatever you can afford, to protect and sustain BUST.com.
Thanks so much—we can’t spell BUST without U.