Details
BY Stamatina Copulos
IN Living
Published: 11 May 2021 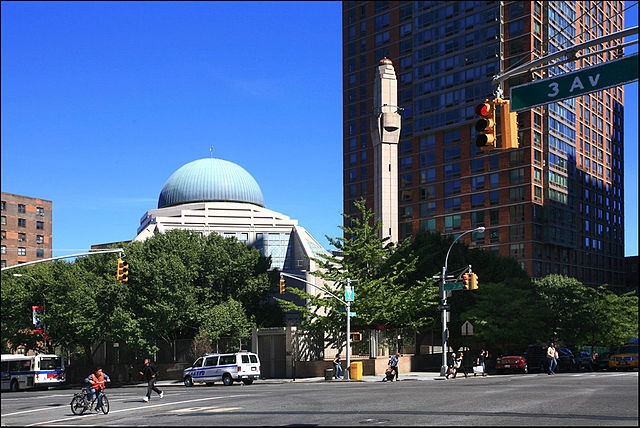 City University of New York students are demanding the university system cancel class on May 13 for Eid Al-Fitr, the Muslim celebration of the end of the holy month of Ramadan.

Over 13,000 people signed a petition created by Israt Islam on change.org, calling on the school to give students the day off for the religious holiday. The petition’s description says the holiday falls during a time where many courses will be holding review classes for finals. Muslim students will have to choose between participating in the celebration of a major holiday and going to class to avoid missing lessons, even if there is no official academic punishment for being absent.

The petition also calls attention to the fact that the holiday is observed by public schools in the city but not higher education institutions. In 2015, New York City added two Muslim holidays to its academic calendar, according to The Guardian. Public schools canceled classes for the holidays of Eid Al-Adha and Eid Al-Fitr, a change that started in the 2016 school year.

The largest public school system in the country is not the only one to add Eid to its list of holidays. In March, according to The Gazette, the Iowa City school board added Eid to its academic calendar as a day off of school. The change was made thanks to the efforts of a Muslim eighth grader who lobbied for the change for three years.

The Philippines made Eid a government holiday in 2019 with a proclamation from the Malacañan Palace in Manila that the holiday would be celebrated “three (3) days after the end of the month of fasting.”

Petitions such as this one have been written before. In 2014, a group of middle school students from Virginia sent a petition demanding schools observe major Muslim holidays through WeThePeople.org that gained 65,000 signatures. The petition generated a lot of debate in the Muslim community.

Seema Imam, a professor of education at the National Louis University in Chicago, told The Washington Post she doesn’t think schools should cancel class on Muslim holidays.

“I grew up in a town of 1,100 people, and there weren’t any Muslim people there then, and there aren’t any there now,” said Imam. “I don’t think the downstate farming communities are going to be able to all of a sudden handle an Eid holiday.”

Nancy Khalil, a doctoral candidate in anthropology at Harvard University, also told The Washington Post that places like Cambridge, Massachusetts, that observe Muslim holidays in school do so because of the significantly high number of Muslim students in the public school system. Imam said she supported the idea of a population-based system that decides which religious holidays are observed.

In order to make decisions based on population, “significantly high number of students” would need to be a quantifiable number. An agency of the school board would need to be tasked with deciding how many people is a lot of people.

There are approximately 800,000-1,000,000 Muslim people living in New York City, about 10% of the city’s population. Additionally, according to Jstor Daily, there are multiple methods of determining the end of Ramadan, which leads to a dispute over when Eid really is.

Observing Muslim holidays in a system that regularly observes notable holidays of the Christian and Jewish faiths should not be difficult. Religious freedom is an important tenet of this country. Students at CUNY should not be academically punished or held back due to their religion. Schools and universities should make it easier for their students to practice their right to religious freedom, rather than fostering nationwide debates over the necessity of observing religious holidays.

This Modeling Agency Is Challenging The Stigma Against Muslim Women

Tags: Eid Al-Fitr , Islam , Ramadan , religion
Support Feminist Media!
During these troubling political times, independent feminist media is more vital than ever. If our bold, uncensored reporting on women’s issues is important to you, please consider making a donation of $5, $25, $50, or whatever you can afford, to protect and sustain BUST.com.
Thanks so much—we can’t spell BUST without U.