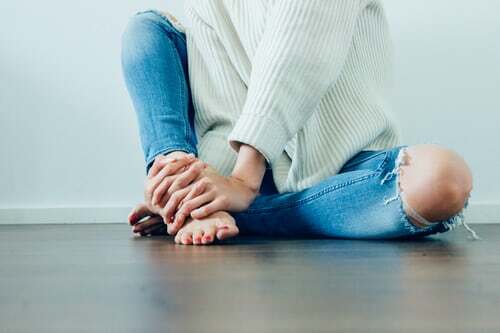 A new study has shown that people underestimate the pain women are in. Both men and women believe women exaggerate the pain they are in and are likely to dismiss it.

According to a study written in The Journal of Pain, researchers found that gender does matter when it comes to the perception of pain and the corresponding treatment options. The study shows that both men and women exhibit this implicit, unconscious bias about the intersection of women and pain. The research shows that gender stereotypes played a role.

The first study had 50 participants watch a video of men and women experiencing shoulder pain. They were asked to estimate the pain through facial expressions and physical reactions. Due to certain facial expressions, women’s pain is often dismissed as an exaggeration as opposed to their male counterparts. Women tend to be more sensitive to pain and freely express it, whereas men tend to have more stoic expressions; only when they’re in extreme pain does a man tend to show emotion, according to results of the study.

The next part of the study had 197 participants. It was the same video and scale rating. This time, the participants were asked to pretend to be a doctor and prescribe them treatments. For example, how many sessions of psychotherapy and dosage of medication.

Men being more likely to be prescribed pain killers rather than other forms of treatment, like cognitive pain management classes, also has dizzying ramifications: Men are more likely to develop a substance abuse disorder — including dependence on prescription pills — even though both men and women are equally susceptible to addiction, according to a research report by the US National Institute of Health.

Other examples of this were reported by BBC News. A woman named Jennifer Billock went to the emergency room due to chest pains; her heartbeat was a rapid 220 beats per minute. Doctors brushed her off, saying it was a panic attack and gave her Xanax. Jennifer had experienced panic attacks before and this wasn’t one. This continued throughout the month and every time, she was dismissed and misdiagnosed with anxiety. After many attempts to receive a proper diagnosis, Billock finally got one. She saw a female cardiologist who listened to her concerns and didn’t brush her to the side. Billock was put on a heart monitor and was diagnosed with a form of heart disease. Shortly after, she underwent heart surgery.

Another woman named Abby Norman had a similar experience. Whenever she went to the hospital, doctors kept diagnosing her with a urinary tract infection. Other doctors claimed she was experiencing pain during sex due to sexual abuse in childhood; Norman was never sexually abused. It wasn’t until her boyfriend went to one of her appointments that she received the correct diagnosis: endometriosis and appendicitis.

In May 2018, a 22-year old woman in France complained of abdominal pain. The agony was so excruciating that she felt like she was dying. She contacted emergency services, where the operator said she was going to die like everyone else. After a five-hour wait, she later died that day of a stroke and multiple organ failure.

Throughout history, women have always had trouble being taken seriously, even when it comes to their own bodily autonomy and health. To this day, women’s experiences with pain are constantly belittled and invalidated by medical professionals. This is especially true for Black women and women of color, who simultaneously experience racism and misogyny within the medical industry, and who are at an increased risk of death from preventable diseases compared to white women due to implicit racial and gender bias within medicine.

Society must challenge and change its deep-rooted patriarchal perception and understanding of women and women’s tolerance of pain; doing so could literally save lives.

How could a woman not know she was autistic until age 31? The answer has everything to do with gender bias.