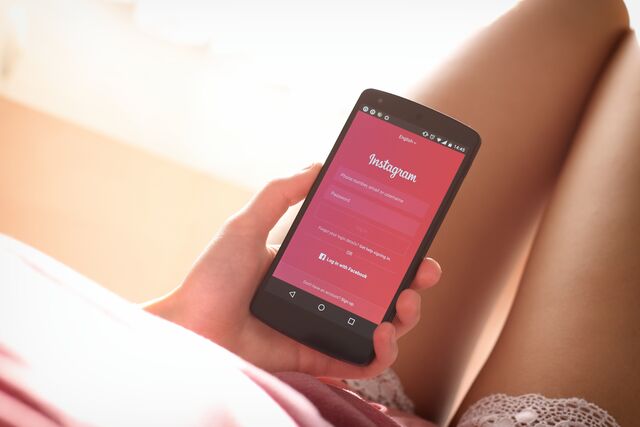 Over Easter weekend, an unretouched photo of Khloé Kardashian wearing a leopard-print bikini surfaced online and became a viral news story. At a time when there are plenty of important things to focus on, a photo of a woman in a bikini should not have caused such a stir. On a surface level, there was nothing wrong with this picture; it was taken by the Kardashians’ grandmother, it shows Khloé wearing what appears to be a genuine smile, and her body looks healthy. The real story is what lies beyond that surface: a culture of unrealistic beauty standards that are harmful to women everywhere, and even harmful to those perpetuating them.

Khloé’s PR team rushed to scrub the photo from the Internet. “The color edited photo was taken of Khloé during a private family gathering and posted to social media without permission by mistake by an assistant,” Tracy Romulus, chief marketing officer for KKW Brands, said in a statement (via BBC). “Khloé looks beautiful but it is within the right of the copyright owner to not want an image not intended to be published taken down.”

Khloé has been held to unreasonable beauty standards since Keeping Up with the Kardashians aired in 2007. As the family rose to fame, Khloé was compared to Kim and Kourtney and cruelly deemed “the fat sister” or “the ugly sister” by some members of the public. On April 8, Khloé took to Instagram to post a series of unedited body shots followed by a multi-paragraph statement. "As someone who has struggled with body image her whole life, when someone takes a photo of you that isn't flattering… and then shares it to the world — you should have every right to ask for it not to be shared," she wrote. “In truth, the pressure, constant ridicule and judgment my entire life to be perfect and to meet other’s [sic] standards of how I should look has been too much to bear.”

Journalist Katie Couric commented on Khloé’s post, writing, “This was raw and honest but I agree with those who say the non stop procedures and constant filters are promoting harmful and unrealistic beauty standards” (via People).

Unrealistic beauty standards are nothing new: from the corsets of the Victorian era to the pancake powder, pin-curls, and beauty manuals of the 1950s, women have been hurting themselves physically and emotionally to measure up to the superficial expectations of their time for generations. Still, with the invention of photo-editing software and the entrance of plastic surgery into the mainstream, many modern beauty ideals reflect levels of perfection that are naturally unattainable. And most of today’s foremost beauty trends, such as bee-stung lips, contoured faces, and cartoonish hourglass figures, are helmed by members of the Kardashian-Jenner clan.

Every product the Kardashians use and every photo they post is analyzed, scrutinized, idolized, and/or emulated. Over the past decade, Kylie Jenner’s enlarged lips prompted fans to stick their mouths in shot glasses as part of the potentially dangerous (and objectively ridiculous) Kylie Jenner Lip Challenge; to buy her “lip kits” and make her the youngest “self-made” billionaire ever; and, in some cases, to get silicone injected into their own lips. More recently, Kim Kardashian’s wasp-like hourglass figure has lent itself to the marketing of her SKIMS shapewear, which made her a billionaire, too. In other words, the richest of the Kardashian-Jenners have amassed their billion-dollar fortunes by profiting off of women’s insecurities.

A key tenet of feminism is that women should be able to do whatever they want with their own bodies, and that may include contouring one’s face into oblivion or even surgically altering body parts and facial features, if one so chooses. Even so, the surface-level insecurities that often prompt a woman to alter her appearance come as a byproduct of living in a world in which celebrities like the Kardashians present idealized images to the public, and face a PR nightmare if they are seen with even a hair out of place. Screens separate celebrities from the general population, and behind those screens are teams of employees who manage these celebrities’ appearances from all angles. Celebrities and influencers can therefore choose to project false facades that do not reflect reality and instead contribute to a culture of aspiration and inadequacy.

In her Instagram statement, Khloé explained that she uses image filters and photo-editing software “to present myself to the world the way I want to be seen.” The question is why she wants the world to see her as an airbrushed, filtered, and digitally altered version of herself. The answer, of course, is due to the feelings of unworthiness prompted by modern beauty standards that were created, or at least exaggerated and amplified, by her own family. “How I choose to look and what I want to share is my choice,” she continued in her statement. “It’s not for anyone to decide or judge what is acceptable anymore.” This message is obscured by the fact that Khloé has been deeming only heavily-edited photos of herself acceptable, while an unedited photo is unacceptable and must be obliterated from the e-verse. Khloé’s own experience exemplifies the damaging effects unreasonable beauty standards can have. And by insisting on altering her appearance digitally, she perpetuates the same impossible ideals she has been victim to herself.

The Kardashians are, in many ways, the original influencers, having built an empire by putting their lives on display. They don’t need to overhaul their careers and their social media personae, but honesty about the methods used to create their projections of perfection may help viewers, fans, and young people in particular to manage their expectations of celebrities and of themselves. Khloé’s unretouched photo reinforces the fact that the shiny flawlessness the Kardashians flaunt does not exist in the real world, not even in the sisters themselves, and that pretending it does contributes to a toxic cycle of superficiality and insecurity. If the Kardashians can’t keep up with their own perfectionist beauty standards, how can anyone else?

Tags: Khloé Kardashian , Keeping Up With the Kardashians , Kylie Jenner , Kim Kardashian , SKIMS , Kylie Cosmetics , PhotoShop , body image
Support Feminist Media!
During these troubling political times, independent feminist media is more vital than ever. If our bold, uncensored reporting on women’s issues is important to you, please consider making a donation of $5, $25, $50, or whatever you can afford, to protect and sustain BUST.com.
Thanks so much—we can’t spell BUST without U.