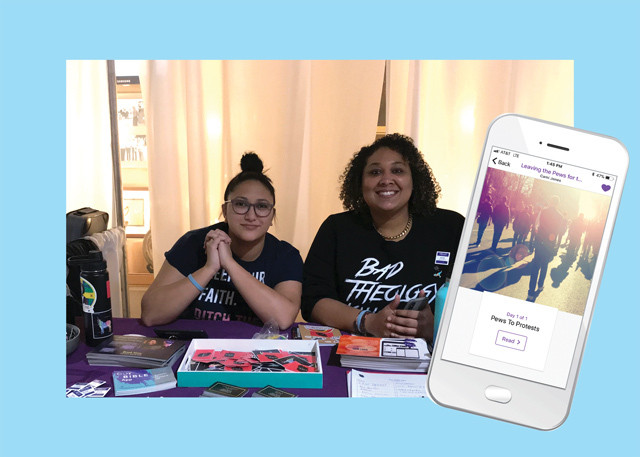 The homepage for Crystal Cheatham’s app includes an unflinching command: “Ditch Toxic Theology.” “In toxic theology, followers are stifled instead of helped to grow into their best spiritual selves,” she explains.

A gay, Philly-based Christian and longtime activist, Cheatham, 35, hopes to tip spirituality away from harm and towards healing with Our Bible, which offers free access to devotionals, podcasts, Bible translations, and other curated material for progressive faith-seekers. “We include content that’s affirming,” she says. “It’s not hard to present a version of Christianity that’s free of bullshit.”

“It’s not hard to present a version of Christianity that’s free of bullshit.”

Cheatham grew up in Michigan as a Seventh-day Adventist and when she was 15, her father died from cancer. Witnessing his faith comforting him in his final moments inspired her to dig deeper. “I saw him understand God in a way that was profound,” she says. “I wanted to go in search of that.” After college, Cheatham planned on pursuing a career in the church, but when she came out at 23, her mentors made it clear that her queerness limited her leadership potential. “I saw that as a Black, lesbian, activist, I didn’t have a future in the church I grew up loving,” says Cheatham. “It broke my spirit.” 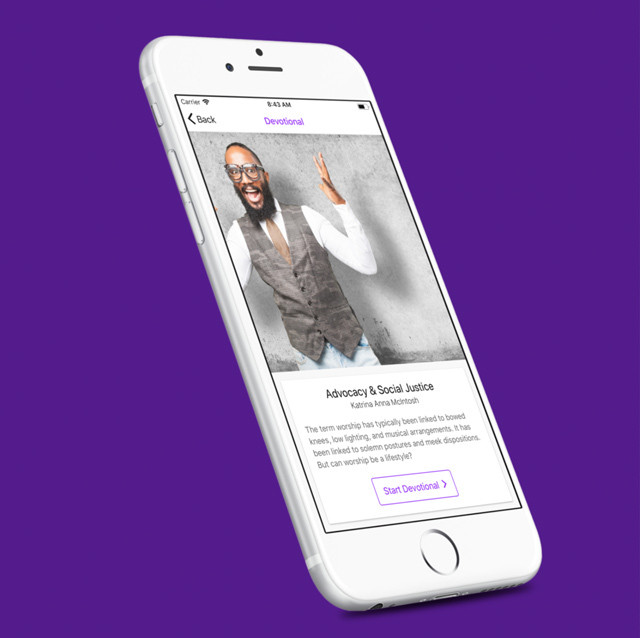 Our Bible is Cheatham’s call in to being called out. With 33,000 subscribers and counting, it’s a sanctuary for fundamentalist-free content. “I wanted to build something that wasn’t for purity culture,” she says, “and I knew the creators were out there.” The app also busts up the monolith of traditional mainstream Christianity, making space for different beliefs, questions, and answers. Readers are straight, gay, parents, teens, liberals, conservatives, atheists, ex-evangelicals, and everything in between. “Our Bible doesn’t ask people to change what they believe,” Cheatham says, “but it does allow us to stop pitting ourselves against each other.” –By Zoe Donaldson

Tags: Bible , App , Christian , Crystal Cheatham , Queer , Activism , Theology , Persecution
Support Feminist Media!
During these troubling political times, independent feminist media is more vital than ever. If our bold, uncensored reporting on women’s issues is important to you, please consider making a donation of $5, $25, $50, or whatever you can afford, to protect and sustain BUST.com.
Thanks so much—we can’t spell BUST without U.