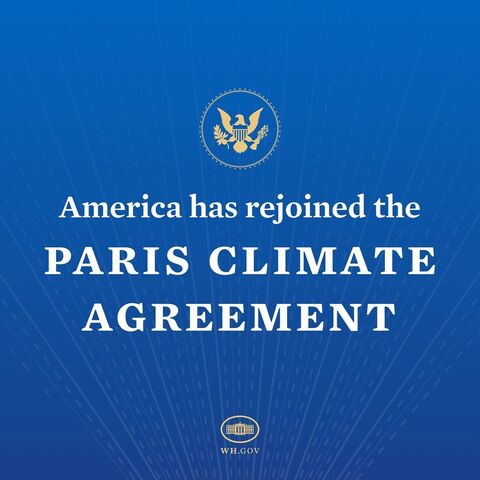 Well, it officially happened folks: Joe Biden has been sworn in as the 46th president of the United States. If you feel a vague sense of relief over the coming week, you’re certainly not the only one. However, before Biden’s term even started, Americans (as well as those from around the world, to be frank) have been anticipating what Biden’s first actions as president would be. Our questions about his priorities once taking office have been answered: Biden signed 17 executive orders already.

Really, Biden’s directives primarily target undoing decisions made by the Trump administration. While Biden has undoubtedly started making progress during his term already, it’s looking like we’re taking one step forward per the two steps back we took in Trump’s America. I am personally looking forward to seeing what progress we can take as a nation, after we correct the path the United States is currently on. As always, it’s good to remind ourselves that politicians are public servants: it is Biden’s job to serve the people, and it’s our job to make our needs vocal.

Thankfully, Biden already appears to be taking the global climate crisis as one of his first concerns. Already, the United States has re-entered the Paris Agreement. The agreement was originally signed by 197 countries in 2015, 190 of which have completed ratification. As a document supported by the United Nations, it is a “legally binding international treaty on climate change.” As far as international accords for the sake of effecting real change regarding the status of global greenhouse gas emissions, the Paris Agreement is the most ambitious by far. By attempting to withdraw from this agreement in 2019, Donald Trump sent a clear message about the kinds of people he cares about--i.e. big oil--and the types of people who he didn’t--i.e. literally every single other person on this planet.

Nice tweet Sen. Cruz! Quick question: do you also believe the Geneva Convention was about the views of the citizens of Geneva?

Asking for everyone who believes US Senators should be competent and not undermine our elections to incite insurrection against the United States https://t.co/mMf8iDo72G

Re-entering the agreement is absolutely necessary on Biden’s part, but it’s also bare-minimum action toward improving America’s future regarding environmental output. Professor at the Sabin Center for Climate Change Law at Columbia Law School, Michael B. Gerrard explains why the Paris Agreement really isn’t going to instill tangible change concerning the climate crisis in his article, “Sadly, The Paris Agreement Isn’t Nearly Enough.” Published a year after the agreement was made, Gerrard points out how the countries who signed it “put forward their own non-binding, unenforceable pledges for reducing their emissions.” Indeed, National Geographic reported in 2019 that “some countries won’t achieve their pledges, and some of the world's largest carbon emitters will continue to increase their emissions.” Even if these pledges were honored, they “aren’t nearly enough to keep global warming well below 3.6 degrees Fahrenheit,” the ultimate goal of this accord.

It’s super easy to be pessimistic about the future of America (and the future of the world). Thankfully, Biden and Congress can instill changes that would contribute to a faster decrease in national emissions. According to The New York Times, reducing emissions at a quicker rate “would require major advances in clean technology or big shifts in policy. Or both.” This same article suggests following British Columbia’s lead and instilling a carbon tax, acquiring utilities for completely carbon-independent energy sources (think wind and solar), and/or looking to how China has set efficiency targets for specific industries, as well as other options that can be employed in the United States based on our own patterns of culture and industry. Of course, upholding the Paris Agreement is certainly an obligatory first-step in our climate journey, the United States can do better. It must.

Biden has acknowledged how urgent climate action is, and plans on achieving “a 100% clean energy economy and reaches net-zero emissions no later than 2050.” He plans to focus on national infrastructure as well as refusing to give in to “the abuse of power by polluters who disproportionately harm communities of color and low-income communities”. In the coming years, the Biden Administration plans to “make a historic investment in our clean energy future and environmental justice, paid for by rolling back the Trump tax incentives that enrich corporations at the expense of American jobs and the environment.” Notably, these investments will be accompanied by methane pollution limits, restoring the Clean Air Act, and protecting America’s biodiversity.

On that note, Americans are waiting with bated breath for answers to other policy questions. Joe, I don’t know if anyone told you, but those kids taken by ICE are still in cages. And there are essential workers in need of that $2,000 stimulus check (actually, they’re in need of a lot more). Could we perhaps start the ball rolling on universal healthcare, or at least start amending the ACA to make healthcare more accessible? Oh yeah, can we get an update on a viable COVID-19 response plan? Not everything can be done by the end of this workweek, though. Currently, I’m cautiously optimistic that these changes will come. Let’s get America back on track, if it ever was to begin with.