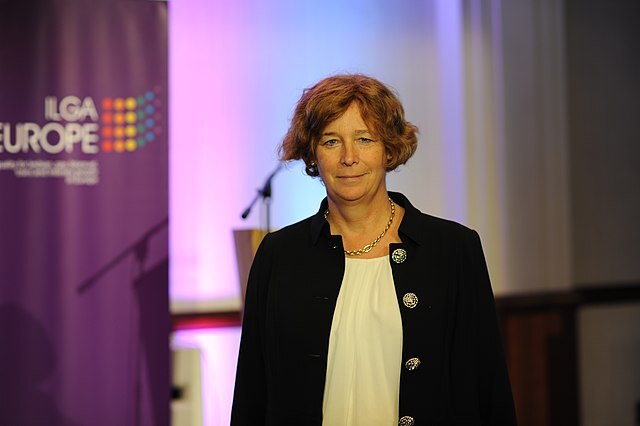 Meet Petra De Sutter, the highest senior ranking transgender official in Europe. Ms. De Sutter is a 57-year-old Belgian gynecologist and Green party member. The Green party in Belgium is led by core values of ecology, peace, and democracy. Since the 1980s, the party has emphasized diversity and social justice. De Sutter will be representing Belgium’s Green party as the Deputy Minister of Civil Service.

In addition, De Sutter is a professor at the University of Ghent where she specializes in fertility and runs the Department of Reproductive Medicine. She is known to be an outspoken advocate for transgender rights, women’s rights, and sexual reproductive rights.

De Sutter has been in politics since 2014. Stating in an interview when she came out at 40-years-old, she recognized, “Not everybody has had the luck in life that I had, in being accepted in my working environment, being accepted by my partner and love. In fact, very few people in my situation had this luck," she said. "This is why I need to do something, for those who lacked this luck. I have a very strong feel of justice and find it so unjust that people in the world suffer simply because of who they want to be.”

The interviewer describes De Sutter as “a humble and kind lady”. Highlighting that De Sutter “clearly does not think in terms of hierarchies and titles, estimating instead that each human’s agenda and activities are equally valid.”

De Sutter’s appointment didn’t cause scandal within Belgium, rather Belgian news outlets reportedly did not make much of her gender identity. According to Politico, they focused on “her impressive professional track record that, combined with her advocacy, have defined her career and earned her the respect of her peers,”

According to Them, “The collective shoulder shrug in Belgium regarding its first transgender Deputy Prime Minister is likely a reflection of the state of LGBTQ+ rights in the country. LGBTQ+ people are fully protected under Belgium’s nondiscrimination laws, and same-sex marriage has been legal since 2003. It was the second nation to extend full legal recognition to same-sex couples following the Netherlands.”

European countries who have had elected transgender officials in parliament include Poland, Sweden, Germany, and Spain. Unlike Europe, the United States is making slow progress when it comes to acceptance of the transgender community, however, BUST reported that Sarah Mcbride is expected to win the November general election for senate representation in the state of Delaware. She could be the first openly transgender senator in the United States.

Week Of Women: BLACKPINK, Emily In Paris, Save Yourselves!