Trump's Supreme Court Shortlist Is Pretty Much What You'd Expect 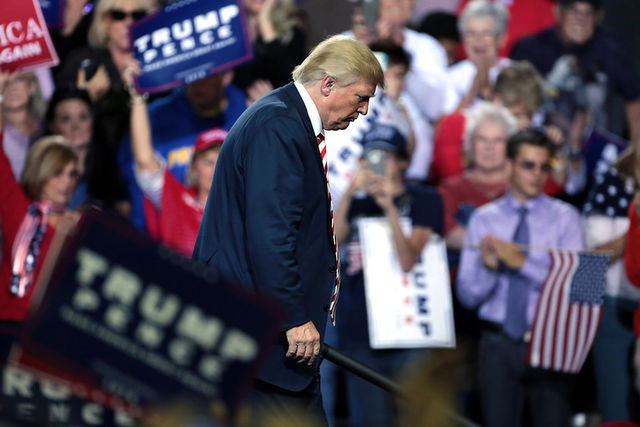 We are 47 days out from one of the most important elections of our lifetimes, and there is a lot on the line. Despite how fond (or not) you may be of Joe Biden, one thing is for sure: the courts may never be the same if he loses. The "Ruth Bader Ginsburg is in the hospital" freakout is such a well-recognized feeling among left-leaning folks that it has become a meme. Bader Ginsburg is a national treasure, of course, but we deserve better. The moral balance of a nation should not solely depend on one 87-year-old woman. This is precisely why the next Supreme Court nomination is so deeply important. Last week, Trump released 20 new names to select a Supreme Court nominee if he has the chance to. If Bader Ginsburg was to retire, Trump could create a dangerously one-sided Supreme Court, of which we will certainly feel the repercussions of for decades.

The list includes people like Tom Cotton of Arkansas, Ted Cruz of Texas, and Josh Hawley of Missouri— all people who have made nationally recognizable names for themselves by railing against social progress in the last few years. Although Hawley admitted he is not interested in a place in the high court, his stance, like others on Trump's list surrounding issues like Roe v. Wade, is clear. "My principal role in this process, this latest process, was to state where I will begin with judicial nominees, which is asking where they are on Roe vs. Wade," he stated after Trump's list was released. Cotton, another possible pick, tweeted, "It's time for Roe v. Wade to go."

Roe v. Wade, the ruling protecting a women's right to choose, is seriously at stake if a vacancy were to arise in the Supreme Court. One of the names on the list that could be a threat to Roe v. Wade is Judge James Ho. Two years ago, he was seen in the national news for describing abortion as a "moral tragedy" and accusing the lower court of "anti-Christian bias."

Daniel Cameron, the Black, Conservative attorney general from Kentucky, who faced intense criticism surrounding the death of Breonna Taylor was also included in the list.

The LGBTQ+ community's rights are at stake as well, with one pick, Kyle Duncan, being known almost exclusively for his bigotry. Before becoming a judge, he built a legal career on targeting the LGBTQ+ community. Earlier this year, he wrote a ten-page opinion insisting on calling a trans litigant by the wrong pronouns.

In a White House press conference last week, Trump said, "Over the next four years, the next president will choose hundreds of federal judges and one, two, three, four Supreme Court justices." The Washington Post noted that, "Unlike the Gorsuch types on the list four years ago, Cruz and Cotton are widely known – and detested – by liberal activists." In other words, like most things Trump does, this is a signal. With widely recognizable names packed into this list, it even makes those who may not be deeply invested in politics perk up.

During last month's Democratic National Convention, Michelle Obama pleaded, "If you think things cannot possibly get worse, trust me — they can, and they will if we don't make a change in this election." This new Supreme Court list is a reminder of this. Not just for Democrats, but everyone, because a real democracy depends on balance to function in the slightest.