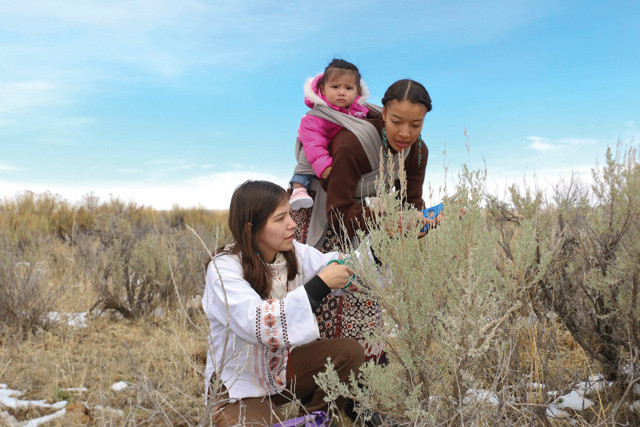 FROM FOOD, TO HOUSING, to health care, indigenous people in America have been exploited and neglected by the governments set up by European colonizers since the 1600s. Federal policies enacted to exert control over native communities are still restricting the ability of people on reservations to survive and thrive. And with the onset of COVID-19 this injustice is being compounded, as government aid going to the rest of the U.S. does not apply to indigenous communities.

For example, on the Wind River Reservation in Riverton, WY, home to the Northern Arapaho and Eastern Shoshone tribes, the first case of COVID-19 was detected in March. But housing there is so overcrowded, social distancing is almost impossible. Residents can’t farm or access clean drinking water—U.S. uranium mining poisoned the soil and water in the 1950s—so they are forced to constantly travel to neighboring towns just for the bare essentials. And while layoffs and school closures are impacting everyone, without federal aid, native people are disproportionately going hungry, and their health clinics lack basic medical supplies.

Motivated to make big structural changes in native communities during this time of crisis, Wind River residents Mesiah Sweetgrass, 25, and Little Wind, 23, have launched a fundraising campaign at fundly.com/regenerationonthereservation that will help meet their neighbors’ immediate needs and one day help them regenerate the damaged soil, construct an indigenous-led certified organic farm, and create a resource center for entrepreneurs interested in launching their own alternative, sustainable economy.

So far, the duo has raised over $65,000, provided aid to about 3,000 people, and is just getting started. “We need to make sure that indigenous communities are supported and self-sustainable,” says Mesiah. “We want to provide a clear blueprint that can be shared and passed along into all of our communities. That way, we can learn and bear witness to a different way of living in our home territories.”

Washington's Football Team Is (FINALLY) Changing Its Name And Logo