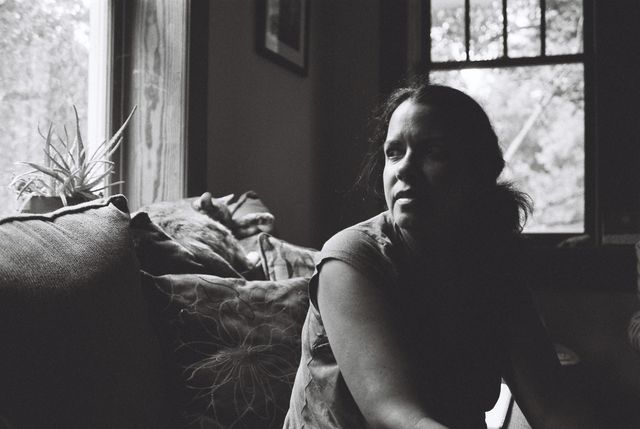 Every joke and off-handed comment about the swell of December quarantine babies has been an utter gut punch. My stomach aches, my muscles tense, and it takes every ounce of my already-depleted energy not to scream.

I remember that date the same way you remember an important anniversary. Not the date when everything got shut down with COVID-19 and suddenly the world shifted into a “before” and an “after.” No. March 18, 2020 was a day that began like so many others over the previous seven months had: an early morning appointment at the fertility center an hour drive away at time before most folks have even rolled out of bed. I rolled up my sleeve, balled my fist, made the routine joke with my phlebotomist about having the most challenging veins in the world.

I felt outstanding that morning, despite the fact I was unable to leave my house except for essential needs because of the just-implemented stay at home order. I’d come back from a week-long yoga training the prior week which changed my entire perspective on being a powerful leader not just in the yoga studio, but in life more broadly.

I’d also finished a round of birth control I hadn’t wanted to take. I did it because it was a surefire way to induce a fresh cycle.

My nurse didn’t call in the early afternoon as I’d become accustomed to; it was a couple hours later than normal. Her voice wasn’t what I was used to, even when she’d called to deliver bad news to me before (no, I wasn’t pregnant; sorry, we need to cancel this cycle; we’d like you to start on another medication to hit some new levels).

“Your numbers are amazing, and this cycle looks promising.” She paused. Took a deep breath. “But we’ve just been shut down by the state because of the pandemic. We’re going to have to put treatment on hold, and I don’t know when we’ll be able to start again. I feel awful delivering this news.”

I don’t remember what else she said. I remember my brain shutting down and feeling utterly hopeless. I uttered a question to the effect of whether or not she thought my husband and I should still try on our own, knowing that was a lost cause since we were seeking treatment for the reality of my body not adhering to the medically average monthly cycle.

“I’m not going to police your sex life, but we’re also just...unable to help you. And that’s all I can say.”

I don’t remember what else she said. I remember my brain shutting down and feeling utterly hopeless.

Over the weeks and months that quarantine was a near-U.S.-wide reality, the jokes flew across social media. There were the jokes about getting fat and pants no longer fitting once this season came to an end. These jokes made me, a fat person, wonder if people I thought I knew saw my body as their worst imaginable scenario. Too many people I cared about complained about how unfair it was to menstruate during quarantine and how dare it happen every month. Don’t internal reproductive organs know that we’re in a pandemic and it’s time to adapt? Meanwhile, I’d have given anything to see blood in my underwear even once.

And then the jokes about babies.

There would be so many babies in December because people were stuck inside with nothing to do. That was, after all, what happened during blizzards and other natural disasters.

The babies to be born could be the generation named the Quaranteens.

Every one of those memes and attempts at humor was a knife to the heart, to my empty womb, to the menstrual cycles that continued forth without clear rhyme or reason.

Though I experience other signs of polycystic ovarian syndrome (PCOS), the primary challenge in my body is that I don’t have a monthly flow. Sometimes I do, but most of the time, I don’t. I’ll experience this nod to my fertility sometimes every other month, sometimes every three months, sometimes every six. As we live within a reality where medical funding doesn’t go toward studying and understanding the realities of how internal reproductive systems work – PCOS isn’t given as a diagnosis except when other possibilities are exhausted and you have a few collective symptoms that don’t fit elsewhere – the best advice I’ve heard about managing my body’s unpredictable nature is that I can’t. That it’s okay to go months without a cycle because my body is, aside from being fat, in otherwise perfect medical health.

Quarantine months dragged on. I got a period, then another.

Each time, I struggled with being thrilled to see my body doing what it does and angry with the fact it shouldn’t have been doing it at all.

It should have been fostering new life.

I struggled with being thrilled to see my body doing what it does and angry with the fact it shouldn’t have been doing it at all.

July 15: another phone call from my nurse.

“We’re able to begin again. Do you want to try?”

Early mornings. Phone calls to let the front desk staff know I’d arrived. Mask on. Nose swab, skin prick, joke about bad veins. I did not tell them I’d been exposed to someone with coronavirus, as both of us were confident that we were together before she’d gotten the illness. My COVID test was negative. The results took 5 agonizing days to receive.

I want to wrap this story up nicely, to have a moment of celebration for what could be now. That the bitterness I felt, the anger I felt, the utter rage at fat joke-period joke-baby joke, I could put away. My time is now. I’m lucky to have this covered by my insurance. Lucky to be back on the path toward being the mother I wanted to be.

But in the haste of trying to facilitate this for so many parents desperate to return to their goal of making a baby – dozens in my office, maybe hundreds, thousands nationwide – what has been a clinical approach to an intimate experience turned traumatic.

The IUI was anything but smooth.

The woman who did the procedure couldn’t find my cervix. She apologized, knowing how the worst part isn’t the narrow catheter threaded into the uterus. Knowing it’s your legs open, head-light shining between them as a metal tool cranks open your vagina.

She took out the speculum. Asked the assistant for another one.

In my mask in the procedure room -- because even when you’re having a medical procedure where someone is poking around in your most vulnerable places you have to wear one --  I choked back tears. Willed myself to not have a panic attack on the table. I’d told her I needed to pee when I arrived but she said I couldn’t until the procedure was done.

Wrangling one speculum in and out nearly made me release my bladder right there.

“I’m just so sorry,” she said. “I need to get another speculum.”

I swallowed back the fabric of the mask as she continued to apologize, continued to ask me how she could make this less terrible.

“Just finish so I can get off this table and pee,” I said, and not nicely.

Speculum three worked. She invited me to skip the post-procedure period of rest to relieve myself. She apologized.

“No,” I said. Both she and the assistant left the procedure room, promising to let me know when it was time to go. I pulled my mask off and knocked my knees together, my body still naked from the waist down. Then, I cried.

I cried for the traumatic experience I’d just had – it carried over into other intimate moments of my life over the next few days, making me cry at the drop of a hat for anything. I hated every moment of being in my body and wanted no one, not even my partner, to as much as brush a finger against me.

I cried for the four lost months of treatment.

I cried about how, despite the horrific experience I’d wish on no one ever, this would be the norm for the unforeseeable future.

With so many dreams deferred, so many “optional” medical procedures put on hold because of the pandemic, so many humans wanting nothing more than to get back to the norm, it’s impossible not to cry for how hurried, how impersonal, and how utterly overwhelmed the people meant to help us are feeling.

How long the experiences we’re having right now as humans trying to survive an unprecedented global pandemic will hover like painful ghosts in every new experience to come.

With so many dreams deferred, so many “optional” medical procedures put on hold because of the pandemic, so many humans wanting nothing more than to get back to the norm, it’s impossible not to cry for how hurried, how impersonal, and how utterly overwhelmed the people meant to help us are feeling.

It’s possible I’ll never be excited about achieving this dream.

It’s possible that achieving this dream will elicit an unparalleled level of desire to keep hard-fought good news entirely to ourselves.

I can’t predict the future, and as I’ve learned this year, I can’t even predict the present. Can’t anticipate anything running as it should because should is nothing but a construct we created to provide a false sense of control over our lives. But what I do know is I’m not alone. That I do know someone else out there needs to hear this and know they’re not alone, either.

Infertility treatment is one of the loneliest experiences in the world, and right now, it’s even lonelier than anyone can possibly comprehend.

Kelly Jensen is a former librarian and current editor at Book Riot and her own popular book blog, Stacked. She's the editor of three highly-acclaimed YA anthologies, Here We Are: Feminism For The Real World and (Don't) Call Me Crazy: 33 Voices Start The Conversation About Mental Health and the recently released Body Talk: 37 Voices Explore Our Radical Anatomy. Her writing has been featured in Shape, Ms. Magazine,  Fortune, Bustle, and more. When not working with words, she teaches yoga, hangs out with a motley crew of pets, and enjoys all of the black licorice no one else wants. Follow her on Instagram @heykellyjensen and her website kellybjensen.com.