When Sexist Dress Codes Were Mandatory And Masks Were Not, These Students Fought Back 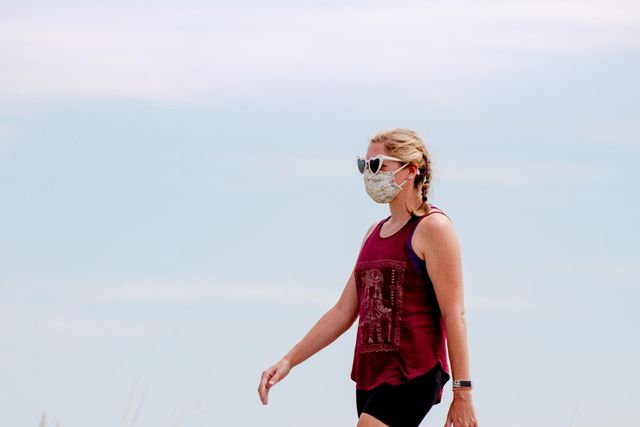 Ava Rheeve and Julia Going, two seniors at Wisconsin’s Cedarburg High School, protested — and won — after the school announced that masks would be optional, yet the dress code would persist. For Rheeve and Going, these guidelines brought to focus a blatant double standard: that spaghetti straps and skirts are more threatening than the coronavirus.

In an interview with The Lily, Rheeve called out the administration’s contradictory policies. “They say my shoulders are somehow a distraction to a boy’s education,” she explained. “Well, then, isn’t it also distracting to wonder if that person over there might be breathing pandemic germs all over me?” In choosing to shame young women for certain clothing choices while condoning possible exposure to the virus, it was clear that Cedarburg’s priorities were set in the wrong place.

Since long before the pandemic, dress codes have been highly politicized. In American school systems, most clothing regulations target women's bodies, shaming girls for showing skin on behalf of the “comfort” or “focus” of men, which inherently sexualizes them. Part of Rheeve and Going’s petition read, “Administration has been able to discipline students in the past for rules as trivial as shorts length and tank-top strap width… thus it carries that they should be equipped to handle violations which endanger the lives of Cedarburg students, teachers, families, and community members.” Amidst a global pandemic, this type of administrative scrutiny becomes even more absurd, let alone without a mask mandate in place.

Day two at North Paulding High School. It is just as bad. We were stopped because it was jammed. We are close enough to the point where I got pushed multiple go to second block. This is not ok. Not to mention the 10% mask rate. pic.twitter.com/JKbGYqG9RS

After drafting the petition on July 16, Rheeve and Going received 1,500 signatures, eventually leading to Cedarburg's agreement to mandate masks for all returning students. Still, Rheeve and Going received negative comments such as “I’ll pass” or “Trump 2020,” with others claiming masks don’t work at all. Going, whose grandfather had passed away from the virus and whose grandmother and sister had also been infected, addressed the politicization of masks, saying, “Either you’re conservative and will not wear a mask, or you’re a Democrat and you will.” In states such as Wisconsin, refusing to wear a mask is a symbol of a conservative alliance.

Despite adjusting Cedarburg’s mask mandate, Rheeve and Going exposed the contradictions of their administration. And since the start of the school year across the country, many states are beginning to rethink their plans of re-entry.