What's Up With the Conways? 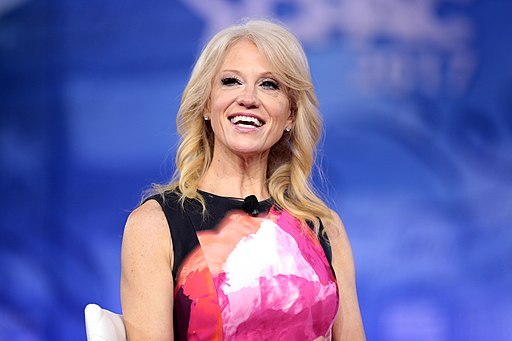 This past weekend was a tumultuous one for the Conway family, whose discordant political platforms have raised eyebrows nationally--and left us all secretly grateful we aren’t at that table for family dinners.

Last Sunday evening, Senior White House counselor Kellyanne Conway announced that she will be resigning from her post at the end of the month. This decision marks a sudden end to Conway’s indelible journey as one of the most controversial and outspoken Trump supporters. She took up the post in 2016 after becoming the first female campaign manager to win a presidential race and hasn’t stopped shocking us since.

This announcement came a mere few minutes after Kellyanne’s husband, George Conway, tweeted that he would be resigning from the Lincoln Project, of which he is the co-founder. The Lincoln Project is a political action group with a slightly unconventional group of former Republicans who declare themselves “Never Trump” conservatives whose mission is “defeating President Trump and Trumpism at the ballot box and to elect those patriots who will hold the line.”

So I’m withdrawing from @ProjectLincoln to devote more time to family matters. And I’ll be taking a Twitter hiatus.

Needless to say, I continue to support the Lincoln Project and its mission. Passionately.

Both Kellyanne and George Conway cited taking time for family as the motivation behind their resignations. "This is completely my choice and my voice,” Kellyanne said in a rather Seussian statement. “In time, I will announce future plans. For now, and for my beloved children, it will be less drama, more mama."

Interestingly enough, this decision follows a day after their fifteen-year-old daughter publicly declared her intent to emancipate.

i’m officially pushing for emancipation. buckle up because this is probably going to be public one way or another, unfortunately. welcome to my life

While the Conway family has often been painted as a rosy symbol of hope for American democracy in which polarizing figures can live harmoniously together, social media has enabled Claudia to have her own voice on the matter. She has become a prominent social media figure on TikTok, where she is known for disputing her mother’s support for Trump and frequently advocating for her own leftist, Anti-Trump political beliefs.

my mother’s job ruined my life to begin with. heartbreaking that she continues to go down that path after years of watching her children suffer. selfish. it’s all about money and fame, ladies and gentlemen.

Kellyanne Conway’s professed desire for “less drama” seems to be off to a bad start. NBC News reports that she is still expected to speak Wednesday at the Republican National Convention as previously planned, resignation be damned. Claudia has already publicly opposed her mother’s appearance at the RNC. If the Conway family is a metaphor for American politics...I think this means it's not working.