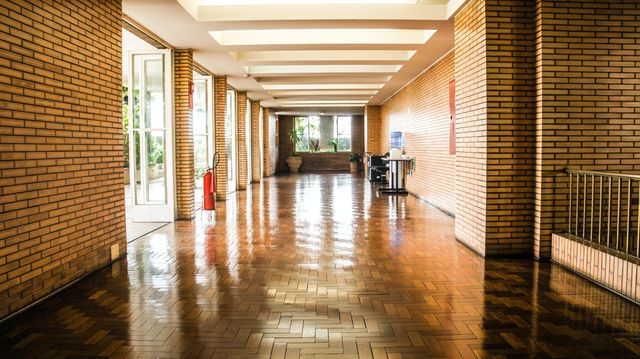 To no one's surprise, going back to school in person is already not going well.

A few of Georgia’s public schools went back to in-person schooling on Monday with no mask requirement, and things are going as well as we all expected.

Day two at North Paulding High School. It is just as bad. We were stopped because it was jammed. We are close enough to the point where I got pushed multiple go to second block. This is not ok. Not to mention the 10% mask rate. pic.twitter.com/JKbGYqG9RS

Photos taken by students and posted to social media showed students packed shoulder to shoulder in the hallway, most of them unmasked. Two districts reopened this week, and so far, two students—one from each—have tested positive for the coronavirus. This all comes after Georgia met a new weekly high for COVID-19 deaths earlier this week, passing 200,000 cases on Wednesday, according to The Atlanta Journal-Constitution.

The Paulding County—one of the districts that reopened this week—Superintendent Brian Ottot said that the students “need longer than a few minutes in the hall to catch the virus from others,” according to USA Today. He later continued to defend the district’s decision not to require that students wear masks: “Wearing a mask is a personal choice and there is no practical way to enforce a mandate to wear them.”

However, women on the internet who have been dress-coded and sent home for having “distracting” shoulders strongly disagree.

the idea that schools can’t enforce mask use by older students is truly laughable to the tens of thousands of girls who’ve been sent home or given detention for visible bra straps or myriad other nonsense dress code violations pic.twitter.com/rIBWUh5GrS

Schools: We CANNOT mandate masks. It's too difficult to enforce.

Some even posted the district’s lengthy dress code, which they most likely have no issue enforcing.

Georgia's Paulding County Schools Superintendent Brian Otott told the Washington Post that "wearing a mask is a personal choice, and there is no practical way to enforce a mandate to wear them." Here's their school district's dress code. https://t.co/1cXrHFawfU pic.twitter.com/qMXe2ySGfs

The only good part of all this is that the student who posted the photo and was suspended for it, Hannah Watters, does not regret posting it, calling it “good and necessary trouble. My biggest concern is not only about me being safe, it's about everyone being safe because behind every teacher, student and staff member there is a family, there are friends, and I would just want to keep everyone safe," she said to CNN.

Is It Worth It To Send Students Back To School This Fall?