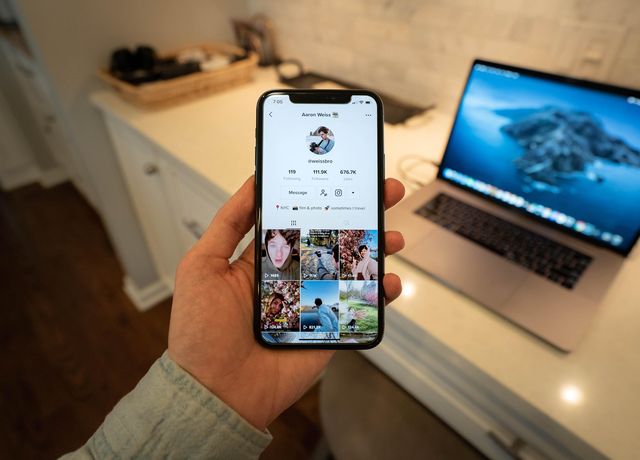 Remember last week when Trump shook the world and said he was going to ban TikTok? Well, the story continues.

Last Friday, Trump—over concerns that the China-based company could be using the app to steal Americans’ information—announced that he would be banning the app through an executive order as soon as the next day, according to The New York Times.

Trump has since backed down, pushing the supposed ban date to Sept. 15, according to CNET.

Since then, Microsoft has offered to buy the app from the Chinese company in order to save TikTok in the United States and is currently working on negotiating with TikTok’s Beijing-based parent company ByteDance, according to CNET.

Thoughts on the Tiktok ban pic.twitter.com/tF4iFWjOko

Many have speculated that the president's sudden interest in ridding the United States of TikTok has something to do with the stunt teens on the app pulled in June. According to The New York Times, thousands of teens signed up for free tickets to Trump's rally in Tulsa and then didn't show after being urged by videos circulating on TikTok. So, instead of being greeted by a crowd of 19,000 supporters, Trump was greeted by 6,200 supporters and about 12,800 empty seats.

People should be far more concerned about this.

Listen, I don’t like TikTok. They’re morally reprehensible, as they’ve admitted to banning LGBTQ+ and body positive content— but I really feel trump is trying to ban the app, because users have been blocking the sales of his merch, and campaigning against him.

Furthermore, many videos that go viral on TikTok often mock Trump and show support for causes Trump has often denigrated, like the Black Lives Matter movement.

Funnily enough, it looks like his attempt to block all the bad press on TikTok is having the opposite effect. Many think that this direct attack on TikTok—an app that many young people have found refuge in throughout the pandemic—will motivate more people to vote out Trump in November. And since young people are the age group that votes the least, having this big group of new voters could be a game-changer in the election.

"It kind of feels like our freedom of speech is being taken away,” said Anekha Singh, 18, in a piece for NBC News. “Our ability to express ourselves is something he doesn’t want.”

Will The U.S. Ban TikTok?

Tags: TikTok , Trump , China , Microsoft
Support Feminist Media!
During these troubling political times, independent feminist media is more vital than ever. If our bold, uncensored reporting on women’s issues is important to you, please consider making a donation of $5, $25, $50, or whatever you can afford, to protect and sustain BUST.com.
Thanks so much—we can’t spell BUST without U.