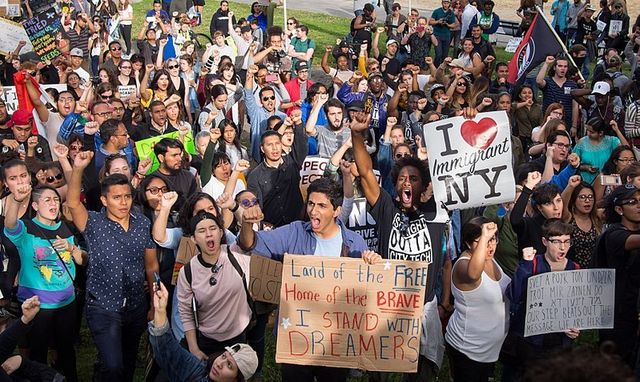 On Tuesday, the Trump administration announced that it will not be taking any new applications for the Deferred Action for Childhood Arrivals (DACA) program and that officials will be trying again to close the program, according to Vox.

DACA is a program started by President Obama in 2012 which allows immigrants who were brought to the United States as children by guardians to have “deferred” or delayed deportation and apply for work permits. This order protects immigrants whose decision to immigrate was made for them by a parent or guardian.

Trump announced in 2017 that he would be phasing out the program and has been limiting its abilities since, despite pushback from district courts nationwide.

In June, the Supreme Court ruled that Trump could not end the DACA program without just reason. While holding up the fact that the Department of Homeland Security has the authority to end programs, it must “assess whether the agency’s decision was ‘based on a consideration of the relevant factors and whether there has been a clear error of judgment,’” according to Vox. This means that the agency must have clear reasons based in legislation to successfully shut down a program.

In short, the Trump administration could try once again to shut down the program. And if it gives the court sufficient reason, it could be the end of DACA in the United States. So that’s fun.