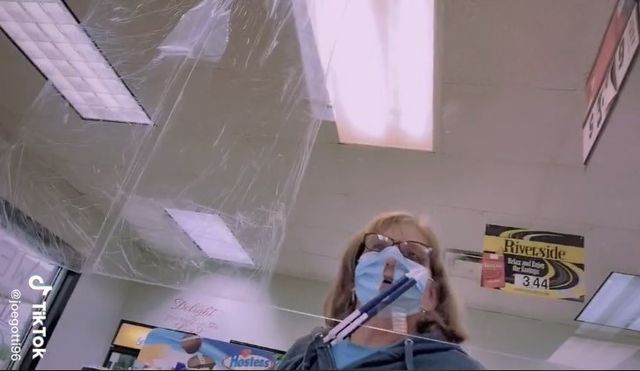 While countries like New Zealand are having farmers markets, frolicking around with Kiwi birds and are basically Covid-19 free, Americans are still debating whether the disease is a conspiracy theory. Considering America has the largest percentage of cases of any country in the world, you would think people wouldn’t be so resistant to wearing something that could help prevent catching a disease and dying. But some people are dumb, like really, really dumb. If you’ve seen any of the countless videos of people throwing tantrums in a Target or a Costco after refusing to wear a mask, you know that some people aren’t really thinking about the big picture. Similarly, over the past few months there have been countless protestors, or people just being painfully ignorant, that have tried to “one-up” society with their mask objections. 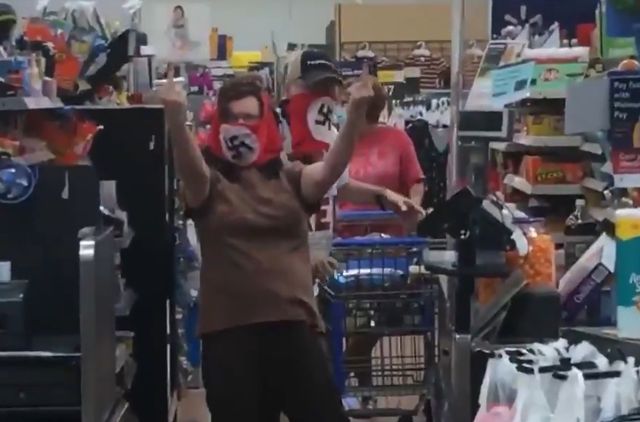 A couple in Minnesota decided to show people “what’s going to happen to America” by wearing Nazi flags as masks in a Walmart. The woman said, “If you vote for Biden, you’re going to be living in Nazi Germany. That’s what it’s going to be like.” Sure, if you want to talk about how our government is slowly becoming a totalitarian hellscape, maybe don't start with how annoying it is to wear a mask to protect those around you but rather start with the fact that protestors in Portland are being taken into unmarked cars. Watch out: your narcissism is showing. 0/5 what were you even thinking??? You really did nothing and now you're banned from all Walmarts?

2. Mesh Masks That Are More “Breathable" 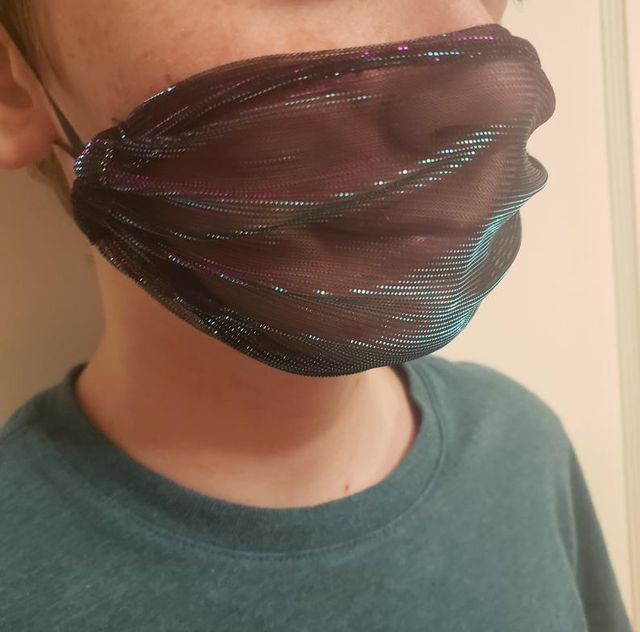 Some designers on Etsy have made Coronavirus masks that are more “breathable.” Many of the designs were created as anti-masks that technically comply with public health guidelines, even if they don't actually protect the wearer or those around them from COVID-19. Although it was proven by numerous Doctors and Scientists that wearing a mask does not affect oxygen levels, many are trying to “protest” mask protocols by adjusting their masks. Doctors and Scientists have to wear their masks for 12 hour shifts and they seem just fine, so maybe you need to calm down. I’m sorry if it’s uncomfortable, trust me, no one wants to be wearing them. 3/5 because while your stupidity is hilarious, the fact that you took the time to make these masks and didn’t see a problem with it is a little frightening.

Similarly, a couple months ago a woman in Kentucky cut a hole in her mask to make it “easier to breathe”. Now this could be just a lack of conscious thinking but if it’s a protest it still seems like a dumb one. The Center for Disease Control and Prevention advise that masks must cover the mouth and nose completely to be effective. I’ve seen people not covering their nose with their mask or taking off their mask to speak with someone but this is a whole new level. I give this a 2/5 because if it’s a protest, it’s a bad one that should get you kicked out of any establishment and if it’s just a stupid mistake it’s a funny one that is also very scary.

"The New AbNormal" because nothing makes fucking sense anymore! We’re Not Going “#BacktoNormal” because NOTHING was Normal before and will never be Normal Again! #FEAR's the biggest immune suppressor. A strong Immune System is the Answer! Humans are meant to share germs! #Covid19 pic.twitter.com/o5sm5duzJM

For some reason, some performance artists have seen to it that they make a social commentary on wearing masks. More specifically, there have been some artists that are trying to point out the “uselessness” of masks by going to public places nude only wearing a mask to cover their private parts. One artist, DaVida Sal, titled her social experiment “The New Abnormal” and she wore a bikini made of masks and a mask over her eyes to protest the lockdown and call those who follow regulations "blind."And, more recently, in the UK a man mocked the mask rules for stores by walking around naked with a mask as a G-string underwear. These artists seem to think their commentary on masks is revolutionary but in reality, it just shows how stupid and privileged they are. 0/5. 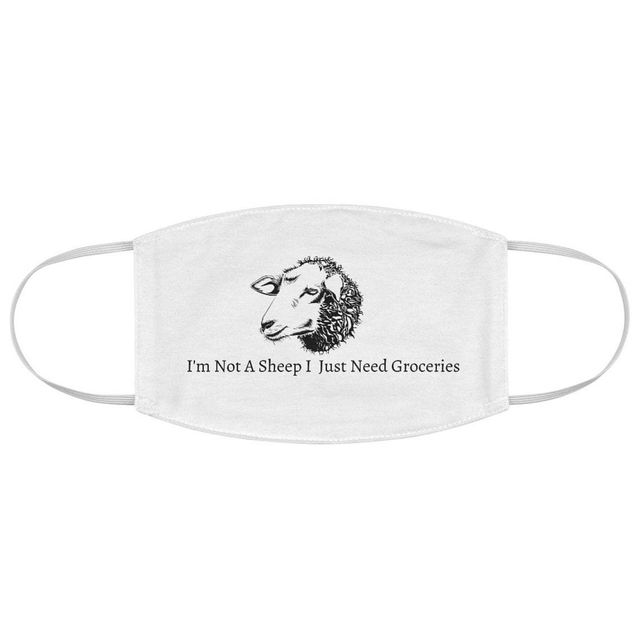 Etsy users are also selling masks with phrases written on them like “I’M NOT A SHEEP! I JUST NEED GROCERIES!” and “I’M MORE WORRIED ABOUT LOSING MY CONSTITUTIONAL RIGHTS THAN CATCHING COVID-19!” and “THIS MASK IS USELESS SO IS YOURS”. Honestly, I think this one is the best kind of mask protest because at least you’re still wearing a mask. It kind of just feels like you owned yourself rather than a commentary. I give it a 5/5 for lack of critical thinking but hey, at least you wore a mask!

It’s crazy that some people see wearing a mask as a “sign of tyranny” when there are SO many actual examples of tyranny from the Trump administration you could use. As many have said before me, being inconvenienced is not the same as oppression so stop being obtuse and wear your mask! The government isn't being tyrannical, just think of all the other regulations enacted for public health like requiring seat belts while driving and basic food safety at public establishments. You might have a right to bear arms but you don’t have a right to bare face during a pandemic.

Also, here is a funny tweet by comedian Nikki Glaser that I think gets my point across:

My ultimate fantasy is telling a stranger, “you need to wear a mask” and as they go off about fake news and hoaxes, I say “oh no, I’m sorry, it’s because you’re ugly.”

Tags: coronavirus , covid-19 , mask
Support Feminist Media!
During these troubling political times, independent feminist media is more vital than ever. If our bold, uncensored reporting on women’s issues is important to you, please consider making a donation of $5, $25, $50, or whatever you can afford, to protect and sustain BUST.com.
Thanks so much—we can’t spell BUST without U.