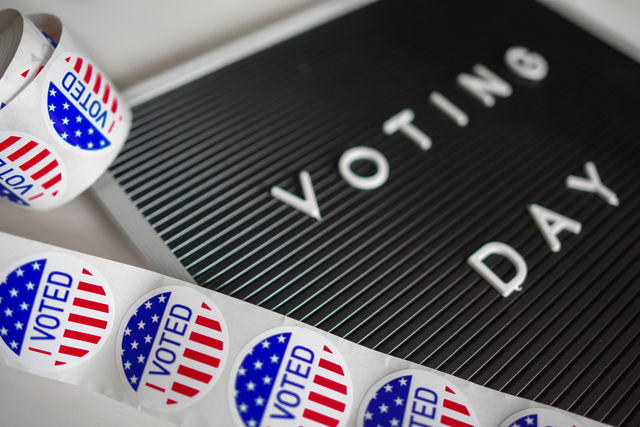 A Black woman named Lanisha Bratcher is facing 19 months in prison for voting in the 2016 election in Hoke County, North Carolina..

The 32-year-old mother was on probation for a felony assault charge when she voted in the election. Though Bratcher states that she was never informed by a judge that she was denied the right, the district attorney of Hoke County charged her with a Class I felony for voting while serving a criminal sentence.

“I had no intention to trick anybody or be malicious or any kind of way,” she said in an article with The Guardian. “If you expect us to know that we should know we should not do something, then we should not be on the list or even allowed to do it.”

After voting in 2016 while on probation, Lanisha Bratcher now faces a maximum of 19 months in prison for each count -- one for voting while serving a criminal sentence and one for knowingly swearing a false statement in an election. Via @guardian https://t.co/Yp2CRP92cv

Americans lose the right to vote if they are convicted of a felony in 48 of the 50 states: but each of those states has varying policies for ex-felons. North Carolina just so happens to be a state in which ex-felons are ineligible to vote while on probation.
Initially, Bratcher was just charged with a single felony for illegal voting. Despite emphasizing to her attorney that they intended to dismiss the original charge against her, prosecutors provided two new grand jury indictments against Bratcher under a different provision of the same law that makes it a felony to knowingly swear a false statement in an election. She now faces a maximum of 19 months in prison for each count.

In a court filing, Bratcher’s attorney noted that North Carolina’s felon disenfranchisement statute dates back to the late 19th century. The motives behind such a statute could not be more clearly outlined as they were in a North Carolina Democratic handbook in 1898, which states: “the special mission of the Democratic Party [is] to rescue the white people of the east from the curse of negro domination.” This was expanded upon in 1903 by the state’s Governor, Charles Aycock, who stated the solution to the “negro problem” was to “disenfranchise him”.

The design of felon disenfranchisement is unabashed in its intention to mute Black American voters. Post-Reconstruction, several Southern states specifically engineered their disenfranchisement laws to bar Black male voters. They did this by targeting offenses believed to be committed most frequently by the black population: for example, party leaders in Mississippi called for disenfranchisement for offenses such as burglary, theft, and arson, but not for robbery or murder.

Though the law has since been adjusted, the disenfranchisement of Black American voters endures. According to data collected by the Sentencing Project, Black Americans of voting age are more than four times as likely to lose their voting rights than the rest of the adult population, with one of every 13 black adults disenfranchised nationally. While Bratcher’s sentencing seems unusually cruel, perhaps the unsettling part about it is how it is not unusual at all. To learn more about what you can do, visit the Sentencing Project website.

Image via @Element5 on Pexels

Tags: voter suppression , Lanisha Bratcher , North Carolina , disenfranchisement
Support Feminist Media!
During these troubling political times, independent feminist media is more vital than ever. If our bold, uncensored reporting on women’s issues is important to you, please consider making a donation of $5, $25, $50, or whatever you can afford, to protect and sustain BUST.com.
Thanks so much—we can’t spell BUST without U.