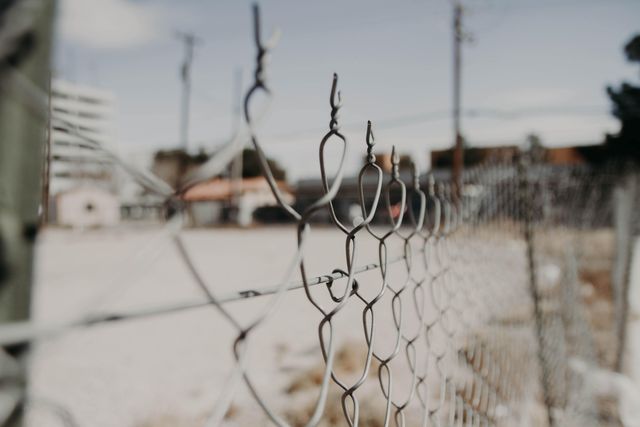 A fifteen-year-old girl was incarcerated in Michigan during the coronavirus pandemic. The reason? A judge ruled that her uncompleted schoolwork violated probation.

Grace had been charged with assault after someone called the police when hearing her mother, Charisse, cry “Help me!” and honk her car’s horn. According to the police report, Grace had reached inside the car to try to get Charisse's phone and had bitten her mother’s finger and pulled her hair because she was upset she could not go to a friend’s house. Weeks later, she was also charged with larceny for stealing a schoolmate’s cellphone from their locker.

Because of the pandemic, Judge Mary Ellen Brennan, the presiding judge of the Oakland County Family Court Division, decided to put Grace on “intensive probation": meaning a GPS tether, regular check-ins with a court caseworker, counseling, no phone and the use of the school laptop for educational purposes only.

Grace was a high school sophomore with nearly perfect attendance. However, ADHD and a mood disorder complicate her learning process. Her Individualized Education Plan, which detailed the school supports she should receive, required teachers to periodically check in to make sure she was on task and clarify the material, and it made sure she had extra time to complete assignments and tests. When COVID-19 struck and schools moved to remote learning, she no longer received the support she needed.

A 15-year-old on probation has been incarcerated for more than a month for not doing her online schoolwork. During a PANDEMIC!

This is absolutely ridiculous and absolutely dangerous. We need to #reformprobation! https://t.co/0n4JG0atf5

After two instances of not logging in for school in April, Grace’s caseworker filed a violation of probation against her for not doing her schoolwork. By May, Grace was incarcerated. In Judge Brennan’s ruling, she found Grace “guilty on failure to submit to any schoolwork and getting up for school” and called her a “threat to (the) community.”

Grace’s ‘violation’ is not atypical. School districts have documented tens of thousands of students who failed to log in or complete their schoolwork: 15,000 high school students in Los Angeles, one-third of the students in Minneapolis Public Schools, and nearly a quarter of Chicago Public Schools students. The criminalization of Grace’s missed schoolwork is an act of discrimination so thinly veiled; Brennan might as well have cloaked her prejudice in plastic wrap.

What this decision really reflects is systemic racial bias. Grace is Black, living in a predominantly white community and in a county where a disproportionate percentage of Black youth are interlocked with the juvenile justice system. From March 16 (when Michigan courts began limiting operations to mitigate the spread of COVID-19) to June 29, at least 24 delinquency cases involving youth in Oakland County court resulted in placements to juvenile facilities. Of those involved, more than half were Black. A study by the Sentencing Project reports that Black youth in the state are incarcerated more than five times as often as their white peers.

Additionally, Black youth and lower-income households are at a significant disadvantage when it comes to remote learning. According to a 2019 analysis by the Associated Press, Students without internet at home are more likely to be students of color, from low-income families or in households with lower parental education levels. Data from Curriculum Associates showed that only 60 percent of low-income students are regularly logging into online instruction, whereas 90 percent of high-income students do—and in schools serving predominantly Black and Hispanic students; just 60 to 70 percent are logging in regularly.

It’s an understatement that the justice system failed Grace. In fact, the system worked pejoratively against her. Brennan’s ruling goes against the intent of Michigan Governor Gretchen Whitmer's executive order to suspend the confinement of juveniles who violate probation, unless directed by court order and encouraged eliminating any form of detention or residential placement unless a young person posed a “substantial and immediate safety risk to others.” I think we can agree that forgetting homework is hardly an immediate safety risk.

“It is clear that kids of color are disproportionately involved and impacted by the system across the board,” said Jason Smith, director of the nonprofit Michigan Center for Youth Justice, in an article with ProPublica. “They are more likely to be arrested, less likely to be offered any kind of diversion, more likely to be removed out of the home and placed in some sort of confinement situation.”

Image via NeONBRAND on Unsplash

Drawing Vaginas Can Get You Jailed In Russia