Summer Taylor Was Killed This Weekend While Peacefully Protesting in Seattle 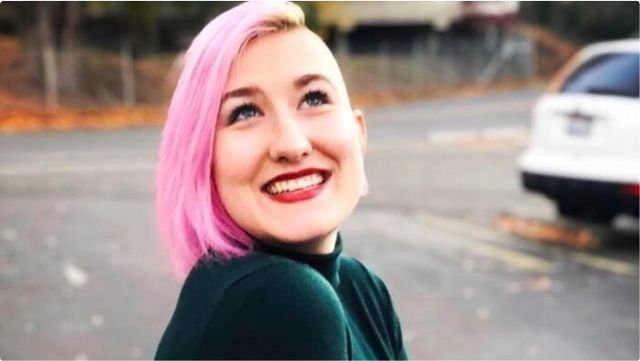 Summer Taylor was marching in a peaceful protest against police brutality in Seattle this Saturday when they were killed by a man who drove his car into the crowd. They were 24 years old. They lived in Portland, Oregon, where they worked at Urban Animal veterinarian clinic. The clinic posted on Instagram this weekend that in their past six weeks, Summer was “tirelessly standing up for others while working full time and supporting everyone around them.”

It is with great sorrow that we are closing our doors tomorrow, Sunday, July 5th to honor the loss of one of our own, Summer Taylor. Summer was one of the protestors hit by a car on I-5 in the early morning of July 4, 2020. The suddenness and circumstances of this tragic loss has taken a great toll on all of us. In order to support our employees and give them time to grieve, all of our practices (Capitol Hill, Downtown and White Center) will be closed July 5, 2020. All practices will reopen Monday, July 6th with reduced hours and capacity. . . Please call to inquire.

Dawit Kelete, a Seattle local, allegedly drove the car around vehicles that were blocking I-5 and sped into the crowd about 1:40 am, according to a police report released by the Washington State Patrol. A graphic video later released to social media captures a white Jaguar accelerating into a small crowd who are running to get out of its path. The car strikes two pedestrians and then drives away.

Summer Taylor was rushed to Harborview Hospital and later died of their injuries. The other protestor who was hit, Diaz Love, 32, remains in the intensive care unit in serious condition. Kelete has been charged with two counts of vehicular assault. Police have yet to say whether they believe it was a targeted attack but have ruled out impairment as a cause.

This is 24 year-old Summer Taylor.

Their pronouns were they/their.

This is not an isolated incident. The Washington Post has reported at least 19 cases of civilian cars running into demonstrators since Black Lives Matter protests death sparked after the murder of George Floyd on May 25. According to arrest and court filings, a driver faces charges for what prosecutors described as a deliberate act in eight of these cases.

These attacks coincide with a surge of memes mocking the vehicle-ramming attacks with images of bloodied trucks paired with phrases like “Run them over” and “Get the protestor plow.” Particularly relevant is a recent controversy in Washington, where county officials received criticism after an employee posted an image of a car running people over with the words “ALL LIVES SPLATTER” on a government Facebook page.

These incidences of violence have not crushed the spirit of resilience and strength that the protestors have demonstrated over the past six weeks. Diaz Love posted on Facebook on Sunday: “If they thought this murder would make us back down, they are very wrong. Very wrong.”