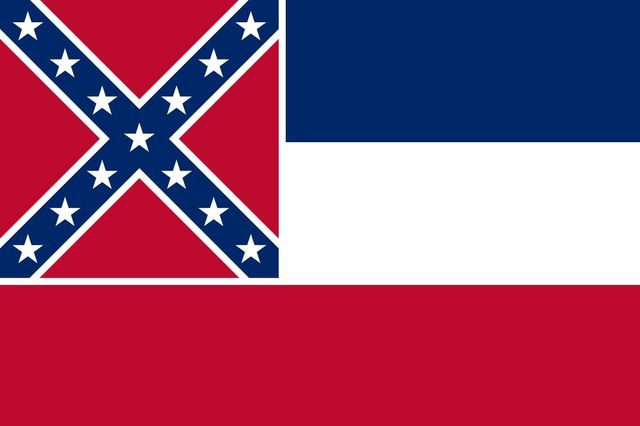 This past Sunday, the Mississippi state legislature voted to replace its state flag: the last in the U.S. to display the Confederate battle emblem. Now, the bill goes to Republican Governor Tate Reeves, who voiced on Saturday that he will sign the legislation in law.

The legislature has been deadlocked for days as it considers a new state flag. The argument over the 1894 flag has become as divisive as the flag itself and it’s time to end it.
If they send me a bill this weekend, I will sign it. pic.twitter.com/bf3vyzuObt

The legislation calls for the creation of a committee to approve a different design. The bill contains two conditions: the new design must feature the words “In God We Trust,” and it cannot include the Confederate battle emblem. Mississippians will vote on the new flag design in the upcoming November election.

The push to change Mississippi’s state flag comes after increased resistance against systemic racism that has kindled within the U.S. following the murder of George Floyd at the hands of a white police officer on May 25. However, up until earlier this month, Mississippians have consistently voted to uphold the Confederate corner of their state flag.

In 2001, two-thirds of voters decided in a ballot measure to keep the flag flying as is, with many white voters arguing the Confederate emblem was a ‘symbol of pride for their Southern heritage.’ In 2015, there was another wave of resistance against the state flag following the shooting in Charleston, South Carolina in which nine Black parishioners of an Emanuel African Methodist Episcopal Church were killed by white supremacist and Confederacy admirer Dylann Roof. While public universities in Mississippi and several cities/counties stopped flying their flag, all efforts to ban the flag statewide (whether through referendums or public lawsuits) were shot down.

This isn’t the only time Mississippi has been late to the party--like when the state didn't officially abolish slavery until 2013. Yep, you read that correctly. However, due to the increased pressure from the recent Black Lives Matter protests, the state is starting to see a shift from its typical, er, microscopic progress. For example, Walmart and the Mississippi Baptist Convention have come out in support of replacing the state flag, and the NCAA announced a ban on all championship events in Mississippi as long as the current state flag flies. This past Thursday, a poll released by the state’s chamber of commerce revealed 55 percent of Mississippians wanted a change to the flag’s design.

Kathy Sykes, a Black Democratic former representative who filed a bill in 2016 to create a new design, said she was relieved to know her granddaughter wouldn’t have to stand for a symbol that represents “oppression, second-class citizenship, a period of time when African Americans had no rights that white Mississippians would respect.”