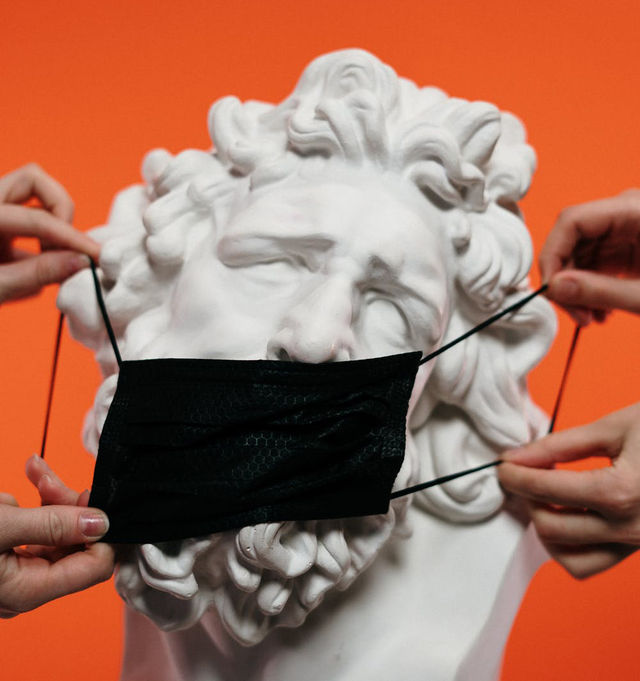 The U.S. is seeing a surge of Coronavirus cases–and deaths–as states begin to ease their restrictions. Despite this reality, there’s a persistent phenomenon: some men are refusing to wear masks.

A recent study reveals that men in the U.S. report less intention than women to wear masks, especially in counties that don’t mandate wearing them. Ironic, considering that men appear to be disproportionately impacted by the virus. In New York City, for example, not only are men infected in greater numbers, but they are also dying at nearly twice the rate of women. This trend has also been identified in California and Florida.

So, why aren’t men wearing masks? Researchers Valerio Capraro and Hélène Barcelo found that men are less likely to believe they’ll be seriously impacted by COVID-19, despite reports that indicate otherwise. Capraro and Barcelo wrote: “Men more than women agree that wearing a face-covering is shameful, not cool, a sign of weakness, and a stigma.”

This reluctance was also found in a Gallup/Knight Foundation poll conducted April 14-20, where 29 percent of men said they had “always” worn a mask or face-covering outside their home in the past seven days, compared to 44 percent of women. Put your mask on, mate—your fragile masculinity is showing.

Grown men be embarrassed to wear a mask in public, but wear cargo shorts to dinner.

There’s a big difference, however, between entitlement – such as those who don’t believe the pandemic applies to them – and endangerment. An important angle to consider is the disparity between white men who refuse to wear masks and men of color. An article by the New York Times details that Black men report concerns of being perceived as “threatening” while wearing a mask.

This concern has been validated again and again over the past few months, as is evidenced by a YouTube video uploaded in March which has been viewed 300,000 times, which captures two Black men being thrown out of a Walmart in Illinois for wearing surgical masks. “He just followed us from outside, told us that we cannot wear masks,” one of the men says. “We’re being asked to leave for being safe.”

In response to concerns of racial profiling, the NAACP is calling on states to suspend their mask laws. “No person should be fearful of engaging in lifesaving measures due to racialism,” said Marc Banks, the NAACP’s national press secretary. For if there’s anything to be learned from the past few weeks, which have been inundated with activism from the Black Lives Matter movement in response to George Floyd’s murder by a white police officer, it is that Black men are particularly in danger when it comes to interacting with the police. At the same time, we know from recent studies that Black men are also infected and killed by the Coronavirus at disproportionately high rates. Essentially, Black men are being forced to make a choice: pandemic, or police.

Thus, white men—the onus is on you. Check your privilege, wear a mask. It’s the least you can do.

Tags: Coronavirus , pandemic , facemask , men , BLM , Black Lives Matter
Support Feminist Media!
During these troubling political times, independent feminist media is more vital than ever. If our bold, uncensored reporting on women’s issues is important to you, please consider making a donation of $5, $25, $50, or whatever you can afford, to protect and sustain BUST.com.
Thanks so much—we can’t spell BUST without U.