Apparently Americans Were Much Happier 50 Years Ago 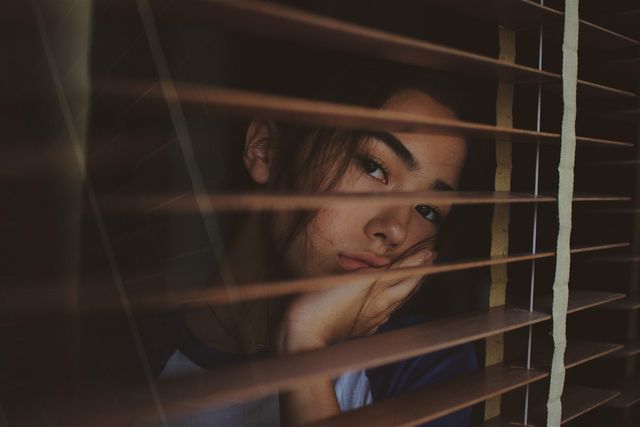 The United States has been a little bit of a dumpster fire recently.

Between the pandemic, the innocent Black lives being taken, the revolution, and the wit of Gen Z, who pranked the president over the weekend, things are starting to feel more like a dystopian novel than real life.

Interestingly enough, it seems that the American public seems to agree, with a new survey finding that we’re the unhappiest we’ve been in five decades.

The COVID Response Tracking Study surveyed 2,279 Americans over 18 years old between May 21 and 29 in order to find out how the pandemic has affected the public in a social, psychological and economic context. The study, done by NORC at the University of Chicago, was combined with prior research from NORC’s General Social Survey, which began in 1972, that studies trends and changes in the American public’s behavior and attitudes.

Moreso, we are more lonely than ever, with the percentage of those who say they feel they often “lack companionship” jumping since 2018, increasing from 10 percent to 18 percent.

For context, in 1972, the Vietnam War was ending, the Watergate Scandal was beginning, and America was smack dab in the middle of the Cold War.

Funnily enough, when looking through a list of the big events that year, some of them seem pretty familiar.

March 1972 was when carvings of confederates Jefferson Davis, Robert E. Lee, and Stonewall Jackson — the confederate president and two generals — were completed at Stone Mountain, Georgia. The sculptor Gutzon Borglum, who also did Mount Rushmore, was a noted white supremacist and often aligned himself with the Klu Klux Klan, although it was never confirmed if he was an official member or not, according to The Smithsonian. It’s important to note that this monument was completed a full 107 years after the end of the Civil War.

Now, we’re watching statues of white supremacists and confederates being torn down and dumped into harbors by protestors (as they should be) and others being officially removed.

Protesters against systemic racism in the UK tore down a bronze statue depicting slave trader Edward Colston, rolling it through the streets before tossing it into the river. https://t.co/K1ZrZ65Nik pic.twitter.com/0n6gENEYhY

March 22, 1972, the Equal Rights Amendment was sent by Congress to the states for ratification. Although the proposition only requires one more state to become an amendment, it still has not been ratified. However, more people are aware of it thanks to shows like Hulu’s “Mrs. America,” which tells the story of the women both for and against the step toward equality in the ’70s.

July 1972, United States health officials admitted that Black men were used as test subjects in the Tuskegee Syphilis Experiments and the experiment was shut down. In this 40-year experiment, 600 poor Black men were used, willingly but ill-informed, to find out what would happen if syphilis went untreated — despite the fact that a treatment for syphilis, penicillin, became available 15 years after the start of the experiment. The experiment went on for 40 years and resulted in the deaths of 128 and the passage of the disease to at least 59 spouses and children of subjects, according to History.com.

Since the death of George Floyd on May 25, there have been worldwide protests and widespread activism insisting on an end to the senseless killings of Black Americans by the police. The Black Lives Matter movement has garnered mass support from figures all over the world.

Although the new developments do nothing to excuse the injustice of the past, maybe we’re at a turning point. Perhaps most Americans are unhappy simply because we’re making change, which, although necessary and long overdue, can be hard and tiring at first.

Although the terrifying and deadly pandemic definitely isn’t helping morale.

Tags: pandemic , coronavirus , unhappy , study , Americans , history
Support Feminist Media!
During these troubling political times, independent feminist media is more vital than ever. If our bold, uncensored reporting on women’s issues is important to you, please consider making a donation of $5, $25, $50, or whatever you can afford, to protect and sustain BUST.com.
Thanks so much—we can’t spell BUST without U.