Details
BY Samantha Mann
IN Living
Published: 21 May 2020 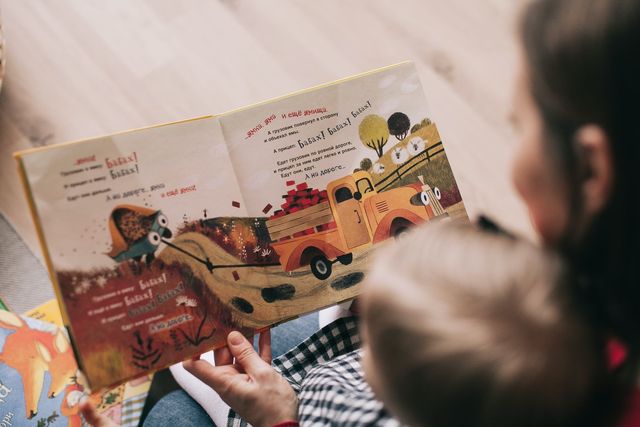 The days blurred; I’m not positive, but I think my breaking point occurred while washing a sink full of rancid baby bottles, the stink sending me into a burst of rage and tears. Although, it could have also happened when I disassociated while reading Brown Bear, Brown Bear for the thousandth time, watching my son heave every toy he owned out of his play crate. Either way, it was clear: the time to leave the city had arrived.

I’m fortunate to have had the opportunity to leave. After three weeks and four days, my wife, 1-year old son, schnoodle and I packed the car and escaped to Virginia to live with my in-laws, who had also recently re-acquired their oldest daughter, herself fleeing from her cramped COVID-19 life in New York City. Had the pandemic occurred pre-baby, my wife and I might have remained quarantined in Brooklyn, as we are stereotypical lesbians who prefer staying home and require minimal amounts of outside social interactions. But, since our son’s arrival, we have lived in a novel state of worrying about his needs more than our own wants. I arrived at my in-laws’ suburban neighborhood in Fairfax, Virginia with a sunny frame of mind towards the idea of our newly formed intergenerational household. Maybe it was a trauma response, but I maintained this utopian idea, even with decades worth of The Real World and Big Brother demonstrating the perils of putting highly individualized adults together under one roof.

Despite this ominous background knowledge, I was ready for a change of pace. I looked forward to substituting frozen lasagnas and microwaved veggie burgers for my father-in-law’s dinners, backed by 30 plus years of working in the restaurant industry. My sister-in-law and mother-in-law are happy hour enthusiasts, like myself, so I was excited to have the company of proper drinkers, as my wife is rarely in the mood to imbibe. Being with my extended family has never been difficult. I’ve known them since the preformed age of 19. The time I’ve spent with them spans over a decade and has created a sense of comfort and love making them feel like my own family, marriage and baby aside. Before leaving the city, I mentally prepared and packed for a two-week stay, but our time in the townhouse ended up stretching out past a full lunar cycle.

Growing up, I wasn’t easy to parent. I resisted input and advice, and I’ve long had a set way in which I want to maneuver the world, for better or worse. Even now, hearing others’ opinions regarding my way of being, in the most benign manner, can feel like an assault. My wife is similar, and over the years we have melded into an insular world where we rely on each other for forming ideas around the way we want to live. With the birth of our son, this didn’t change. Unlike many new parents, neither one of us were anxious to have our parents’ constant input regarding the raising of newborns. I liked to call my mom and complain about baby-related dilemmas—and hear her recall tales from raising me and my brother—but I didn’t feel like I needed her guidance. Aside from being unparent-able, I suffer from misophonia, which means regular human sounds like chewing, coughing, and slurping hurt the inside of my brain. To no surprise, these idiosyncratic characteristics caught up with me.

About 12 days in, I woke up realizing my body and mind had reverted me back into my moody 17-year-old self. It was difficult for me to speak to anyone before noon, and I wore giant Beats headphone all morning, trying to avoid the cacophonous coughs and chomps. At the same time, I began feeling anxious at my clear inability to act as a useful house guest: I can be irritable, withdrawn, and I complete household chores either not at all or in a half-mustered manner. I knew it was a privilege to be able to escape to a bigger space with more help, but the lack of privacy was difficult. It felt like my wife and I were a couple on an episode of Teen Mom. Not to mention having sex in her childhood bedroom had lost its edge during college. I missed being the master of my own space, and I wasn’t the only one struggling. All of the adults were trying to figure out how mesh and reorganize in this new way of living. Our son, however, was happier than ever. He loved sharing a bedroom with us, having stairs to crawl up, and gaining attention from a myriad of adults all day and night.

According to a study from the Journal of Child Development, children demonstrate a positive correlation between cognitive and social emotional outcomes and time spent with grandparents. It seemed like this idea would carry over into multigenerational homes, like our makeshift one. It made sense: every time I felt sick of entertaining my son, didn’t have the energy to prepare him another meal, or couldn’t muster the faux enthusiasm during a bath, someone was behind me to step in. My extended family was capable of giving him things I couldn’t, even on my best day. Maybe I didn’t want to listen to my father-in-law strum his guitar and sing made-up songs for hours on end, but my son found this activity thrilling. He received daily music lessons and a front row seat to individualized concerts. When my wife’s and my work schedules overlapped, my mother-in-law jumped at the opportunity to take our son on walks and give him special one-on-one time. His aunt was available for cuddles, diaper changes, and playing when we wanted to get away from him momentarily or perform a simple task like taking a shower. Our new living arrangement included two additional dogs, giving our animal-loving baby a total of 3 animals to yell “dog” at and torture every day.

It was impossible for him to be bored in this home. I may have melted into a general malaise, but my son was thriving. From a child’s point of view, multigenerational homes could be the perfect place to live. Even on my most frustrated days, tender moments occurred, like the time I caught a glimpse of my father-in-law singing and dancing with the baby in the living room. Seeing my son’s face beaming as his grandpa swung him around caused a momentary pause – I even considered moving in full-time.

Do intergenerational homes make better homes for children long term? My son will never know. After five weeks, we decided it was time to head back to Brooklyn, needing to reestablish some semblance of our own nuclear family and give everyone in the house a break. While I know they miss seeing the baby every day, I’m sure my in-laws appreciate not seeing my sports bra strewn on their staircase and having my disorganized work materials cluttering their dining room table.

Being back in Brooklyn has been nice and quiet as predicted, but it’s been an unexpected adjustment. While I knew I’d miss the help, I never considered I’d miss the constant bustle and turbulence of living with my extended family. The pandemic is lonely. Living in isolation is inhumane; we’re social creatures. While I’m glad to be back, none of our daily routine is “back to normal.” I know if the quarantine continues until the fall as predicted, we’ll re-pack the car and head back to Virginia for another “two weeks.”

Music In The Time Of Quarantine: A Conversation Between New York Duo Overcoats And Alaina Moore Of Tennis