Details
BY Rafaella Gunz
IN Living
Published: 16 May 2020 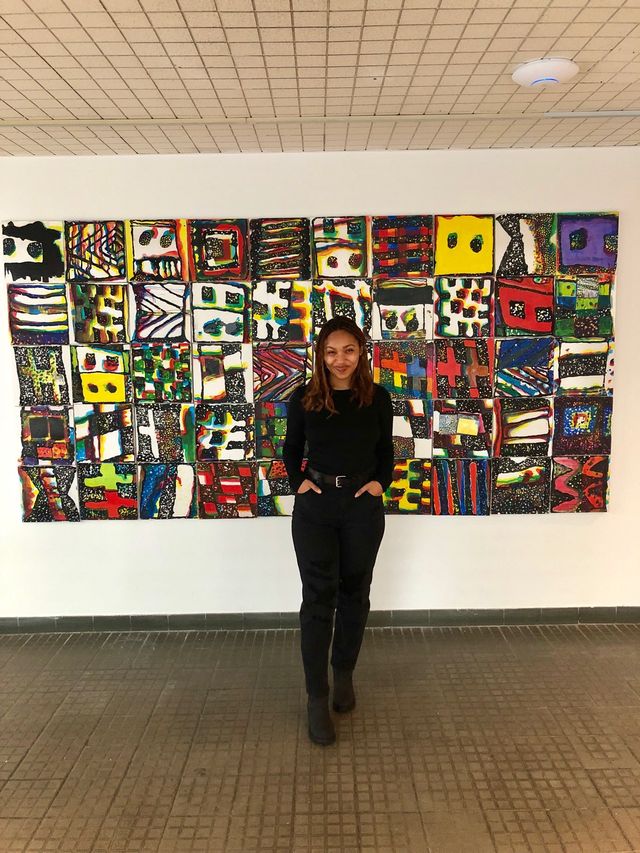 “Can’t wait to write a tell-all about my experience during my last two trimesters dealing with incompetent doctors and lack of efficient care toward minority women,” Amber Rose Isaac posted on social media on April 17th.

Amber, a high school classmate of mine, died in childbirth from complications related to HELLP Syndrome. HELLP Syndrome is a pregnancy complication which affects the blood and liver. It tends to arise in the last trimester of pregnancy. Though it’s rare, it is severe and requires immediate medical attention. Symptoms include fatigue, fluid retention, excess weight gain, headache, nausea and vomiting, abdominal pain, and more. It is tested for via bloodwork to look for platelet levels, liver enzymes, and red blood cell counts.

“Normal platelet counts are at least 150,000,” explains Gary Goldman M.D., a New York-based OB/GYN. “With HELLP Syndrome, those numbers can crash and burn — and very quickly. Anything under 100 should be closely monitored.” According to him, the medical field does not currently know the particulars of what causes HELLP.

In Amber’s case, as is unfortunately the case for many women of color, her condition was allegedly ignored by doctors at Montefiore Hospital in the Bronx. In fact, in the United States, Black women are 2 to 6 times more likely to die from pregnancy-related complications than white women. This statistic is undoubtedly made worse by the COVID-19 pandemic.

“Women of color, statistically, tend to have worse outcomes with virtually any condition, including pregnancy,” Goldman says.

Additionally, symptoms of HELLP and COVID-19, such as low platelet levels, can overlap. “In the age of COVID and with the frequency of COVID in NYC, one can be easily confused for the other,” he says.

Amber was a healthy young woman who maintained a vegan diet throughout her pregnancy and followed precautions during the COVID-19 pandemic. The neglect began before the pandemic, in January or February, when the hospital took bloodwork but never provided her the results. In February, her family eventually learned, her platelet levels were at 85,000. By early April, they were significantly lower. She was admitted to the hospital on April 17, the last day of Black Maternal Health Week.

Her son, Elias, was due on May 30 but was delivered via emergency C-section while Amber’s platelet levels continued to drop. She and her family only learned about HELLP Syndrome that day.

“The normal treatment for HELLP Syndrome is delivery,” Goldman says, explaining that platelet levels will continue to drop until birth. “If platelet levels are very low, doctors may elect to give platelet transfusions immediately prior to surgery to reduce bleeding complications.”

“They neglected her for too long,” Bruce McIntyre, Amber’s fiancé, tells me via FaceTime. “This was completely preventable.”

Because of the pandemic, McIntyre was not allowed to be with her in the hospital room.

“I couldn’t even kiss or hug her,” he recalls as he tells me about Amber’s last day.

To hear him tell it, Elias was not ready to be born and was over a month premature. After the procedure, Amber’s heart stopped. Doctors tried unsuccessfully to revive her for two hours.

“She was supposed to be seen weekly, but due to the pandemic, we had to FaceTime [the doctors]. All they did was make her check her blood pressure and gave her iron pills. She should have been seen every week if they knew her levels were dropping. They can’t collect blood samples while we’re home,” McIntyre says.

According to Goldman, national protocols are being changed to accommodate the unique demands of COVID-19. Hospitals are limiting the number of routine visits for pregnant people and those with other conditions.

“Routine visit frequency is being lessened in order to diminish points of contact between health care providers and patients in order to mitigate the risks to both,” Goldman says.

When it comes to Amber’s cryptic last social media post, McIntyre says, “She wanted to talk about the staff, the treatment that she got… it was just terrible.” He describes Amber’s OB/GYN, who she had since she was in her teens, treating her differently upon learning she and McIntyre weren’t yet married. In fact, Amber was planning to transfer her childbirth care to a midwife and doula, as she felt like she was not getting adequate care and attention by medical professionals.

McIntyre is still doing his own research on HELLP Syndrome. Nevertheless, he knew that despite his grief, he had to bring awareness to this rare yet severe condition in Amber’s memory. He set up a GoFundMe page to help cover funeral costs, and was surprised by the outpouring of support he received. Because Amber’s story went viral online with the hashtag #JusticeForAmber, her family far surpassed their fundraising goal.

Amber’s story inspired other Black families to share their experiences with health-related negligence during pregnancy.

When my wife - a black woman- was pregnant, we had monthly conversations about this. My primary role was to get in the drs faces if something was wrong. Because black women are ignored and die because of it. Sis, I'm so sorry for your loss. It's devastating, and it's not fair ?

OMG SAME. My sister was complains for MONTHS (starting last September) went to the hospital and doctors told her she was “‘mentally ill” , when they finally ran test it was too late, she died January 9th from a blood clot IN HER LUNGS! We are sueing! She had 3 young kids!

Reading this shit scares me smh. They really don’t care about black pregnant women. I had my son & lost ALOT OF BLOOD gave me 2 blood transfusions & was forcing me to go home the 2nd day, I couldn’t get up or walk, I was struggling, I was constantly shivering, the CNA made it se-

According to McIntyre, Elias is healthy and doing well. He plans to raise him with Amber’s mother, who she was very close to.

“I was very protective of Amber,” McIntyre says. “She didn’t deserve any of this. As hard as this is, I want to speak out knowing that this was preventable, knowing that she could have come home.”