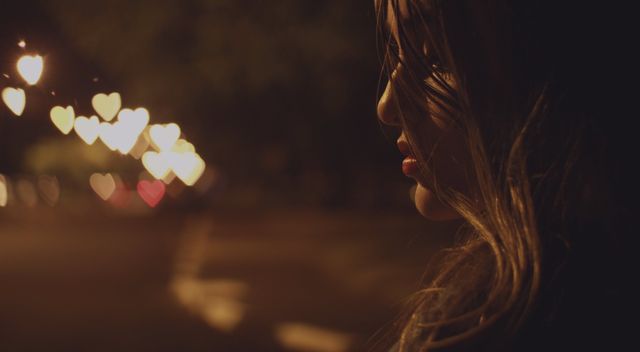 Holed up in the drab bedroom of my tiny Chinatown walkup, I scrolled through Instagram, inundated with stories of exes who reunited after years apart because of the global pandemic. The disorienting chaos has forced people to yearn for the comfort of past loves. At 34, I’d spent the last two years working hard on forgetting mine, though I still hoped to hear from him.

Was my old flame flirting with someone new over text? Maybe they were quarantined in his Brooklyn apartment together, her leg draped over him as she traced the outlines of tattoos on his arm? Were they listening to Irish News Radio like we used to do? Matthew loved Bruce Springsteen and holding my hand whenever we left the house. Now the long leisurely days that I had once prayed for have proven to be noxious for my mental health.

Navel-gazing has become a national pastime overnight. Now, I’ve become preoccupied with people who didn’t mind losing me when times were good. As the death toll rises daily, I’m a prisoner of my own neuroses. Peering into the lives of successful influencers, my moods have become vinegary. Without work or yoga class, my mind’s latched onto the past.

My breakup with Matthew was anticlimactic but left a dull ache in my chest for a year. It was a fitting end to a noncommittal relationship—he never called me his “girlfriend” (although I secretly hoped that he would). I played it cool for months hoping my nonchalant attitude would organically lead to a wholehearted dedication. Instead, he lost interest abruptly after a weeks-long trip overseas and he forgot to clue me in. He began sending me text messages adorned with emojis and photographs with his elfin grin, all while making excuses as to why he could never see me in person. Confused, I asked him what had changed. His inability to give me a reason for his decision after 10 months made me certain I could win him back, despite his protests that he had to “stay away for a bit.” After some time, he explained that while he liked me, he just didn’t have “romantic feelings”—for me, or for anyone else.

In an email he sent, he wrote that we would someday “reconnect under less emotional and healthier circumstances.” I held onto this sentence for months, starved of his affection. I watched Craig Kenneth’s YouTube videos about avoidant personality types, trying to psychoanalyze the whys of Matthew’s sudden departure. I even paid $400 for a Skype consultation with a “Love Doctor,” a licensed counselor from Orlando who explained there was a “chance” I could reunite with Matthew. He’d explained that I just needed to run into him and make my intentions known. I showed up one evening at the bar where he was moonlighting but was relieved when he wasn’t there. Feeling foolish, I’d confessed to my new friend Katharine about the money I had thrown away. She whispered that she’d once given $20,000 to a psychic to get her ex back. We bonded over our embarrassing secrets, trying to reason that we were die-hard romantics instead of crazy. Still, I thought that when the timing was right, I would eventually hear from him.

When Katharine suddenly died from an overdose a few months later, I ran into Matthew at a bodega near work. Still reeling from the loss, I was spiritless. He asked questions in the same way a census worker would. “My friend just died. I don’t feel like talking,” I said, sobbing. I bristled under his hand on my shoulder.

“My door is always open to you,” he said. Gut punched, I walked out of the deli.

Most people eventually hear from their exes on birthdays or anniversaries. A drunken text message appears on their phone with an innocuous “hey” and they’re simultaneously elated and repulsed. While the amorous feelings I had for my ex faded over time, I’m embittered about the loss of his promised friendship. My therapist once said that I relive traumatic and confusing events from my past in order to make sense of them. This split ranks up there with other transformative markers, like the death of Katharine, because I’ve looked for meaning in it. It was my last relationship before the world ended.

As I sit indoors and reminisce about my old love, I’m now reminded of the extreme effort I made to try and keep him. Although time has healed the sting of rejection, when I recall my desperation, it still packs a wallop. Back then, I felt small with little agency over the narrative of my own heartbreak. There was no chance to come to an understanding, and I was made to feel like a hysteric for caring. “Just move on,” ordered an exasperated friend who constantly agonized over her own boyfriend’s infidelities.

The reality that our time on this planet is finite is frighteningly tangible now. Memories are colored by nostalgia and idealism as we all grieve for our old lives. Everyone has their reasons for revisiting past failed relationships, but my preoccupation with someone that couldn’t tolerate closeness had less to do with him than it did with my wish for validation. Despite the basic human need for connection during the era of COVID-19, I must treat my unhealthy obsession with the past in a way that’s become all too familiar these days: avoid exposure until the threat fades away.

Sorry to Hear About Your Quarantine Breakup: A Playlist

Suzy Katz is a freelancer who writes about mental health, culture, and drugs. She lives in Chinatown with her dog Falkor. You can follow her on Twitter: @suzysometimes

Tags: breakups , heartbreak , ex-boyfriend , coronavirus , personal essay
Support Feminist Media!
During these troubling political times, independent feminist media is more vital than ever. If our bold, uncensored reporting on women’s issues is important to you, please consider making a donation of $5, $25, $50, or whatever you can afford, to protect and sustain BUST.com.
Thanks so much—we can’t spell BUST without U.