Why I Spend Three Hours a Day Looking in The Mirror 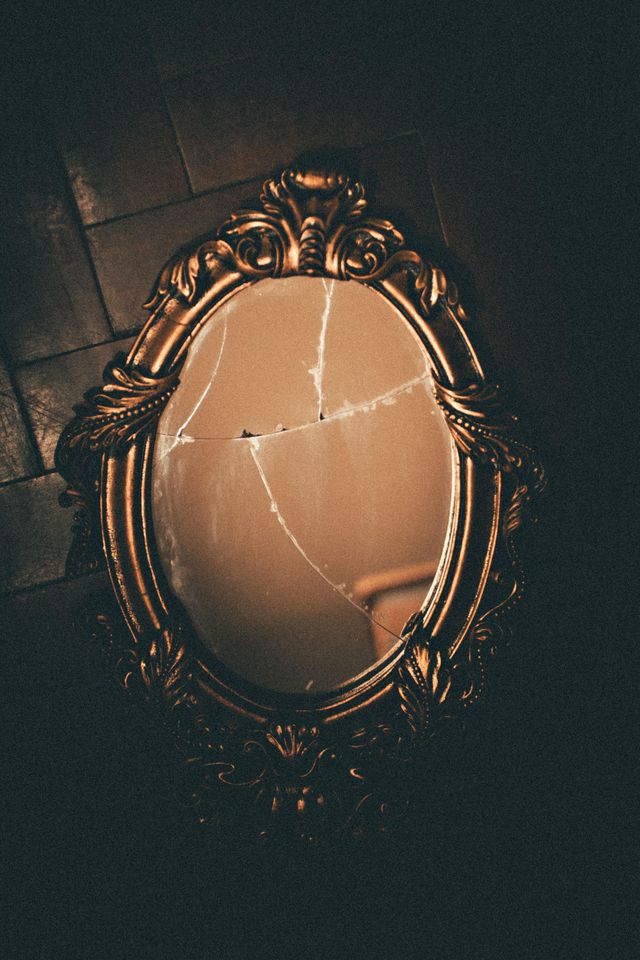 My eyes are two completely different shapes. One lid is hooded, the other is not. One eyebrow is significantly lower than the other. I know this because I spend approximately three hours of each day staring at my reflection in the mirror. I’m not vain; vanity requires some sort of self-confidence. I am, however, completely obsessed with how I look. Three hours may seem lengthy, but the face changes so quickly that it’s important to keep tabs on what it’s doing. Ten minutes can go by and suddenly a hair, dark as charcoal, pops up on the center of my chin. Imagine the humiliation that would result of not catching that. It might not be earth-shattering, and I could even probably come back from it, but for a moment it could make me look unkempt or even dirty. I’m a perfectionist and I care very much what other people think of me. So, I need to make sure everything is under control facially by paying the utmost attention.

I’ve read on online medical forums that this compulsion is referred to as, “mirror gazing.” Mirror gazing. How romantic is that? I could be one of those people whose anxieties make them pull out their eyelashes or need to unlock and lock their front door seventeen times before leaving the house, but no. I mirror gaze. I also sigh and fall upon my antique chaise lounge in a beautifully tight corset dress for fun. It’s a terrible manifestation of my obsessive-compulsive tendencies, but I’m sickily enthralled by how feminine it makes me. I feel so inadequate when it comes to femininity and being enough of a woman in the way society, the male gaze, wants me to be one. Mirror gazing makes me feel like I belong more in regards to these ideals. Frankly, the image of me lying on my bed analyzing my reflection in my dainty hand mirror is one of the most feminine things about me. It sounds tragic, the need to be so perfect, and it is. I’m obsessed with how within femininity, the most dreadful aspects are also so beautiful. Like childbirth. It makes me wonder about Aphrodite, the goddess of beauty, and if she also fought to find beauty within disgust. Did Aphrodite have bad hair days? I think that’s where the mirror gazing compulsion comes from, hoping that one day I’ll find the charm if I look hard enough.

In the simplest terms, this is body dysmorphia. It’s a little devil on my shoulder whispering ugly nothings in my ear. I can call it what it is, but it’s so much more than those two words. It’s the one-hundred-and-four selfies I had to take to find one that I liked. It’s the simple long-sleeved shirt that for some reason makes my breasts look like they hang disturbingly low. It’s the constant pushing of my hair behind my ears. Maybe it’s my Sagittarian need to poeticize everything, but it feels irritatingly clinical to give it a name. I’ll hear women say, “Body dysmorphia? Everyone has it.” Everyone has it? If that’s true, this is the lamest club I’ve ever been apart of. Sure, the club has snacks, but they all make me feel bad about myself after eating them. Maybe they want me to feel less alone by telling me it’s so universal, but all saying that does is remind me that there’s little hope I will ever be rid of this feeling of insecurity.

For a person who spends as much time gazing into mirrors as I do, I really have no concept of what I look like. The greatest horrors for me lie within photos that people post of me online, whether they be candid or posed. That’s what you think I look like? How horrifying. My jaw doesn’t look like that when I’m stoically posing into mirrors, I promise. My other fear is that when I post pictures of myself that people might think the pictures look nothing like me. How embarrassing, to have a warped image of yourself and to show that so publicly. I personally think I’m just good at art directing my unfortunate face. If celebrities like Barbara Streisand can have contracts that state they can only be photographed in certain ways, then I can make sure every photo of me smiling with teeth is wiped off the internet. I’m an insignificant diva and I will cater my online image to fit societal ideals of feminine beauty, so sue me.

Jamie Greenwood wrote for the Huffington Post in 2014 an article titled, “I Look in the Mirror and Don’t Know What I See.” She says in this piece that the key to knowing what you look like is to step away from mirrors. I’ve always had the ideology that the harder I look, the more apparent things will become. I’m a studier. I love spending hours on Google reading about frivolous things like seasoning a cast-iron skillet. I don’t own one, but maybe one day I will and I’ll need to be prepared. Once I get into these Google holes, I enter a sort of trance of education. That’s what it feels like when I stare into a mirror. I’m learning, I’m taking notes, I’m doing homework. I need to learn everything there is to know on the topic of my own face. Greenwood’s point is that if you only look into the mirror for necessary tasks like doing your makeup or plucking your eyebrows, that you will eventually return to the mirror with fresh eyes and see yourself without any fog clouding your perception of yourself. I suppose this point makes sense, and I’ve even stepped away from writing this essay for the same reasons. But, alas, the sirens behind the glass still call to me. The devil on my shoulder tells me that there’s something I didn’t see earlier. And here I am, back on track to getting my three hours in. Honestly, this isn’t a habit I’m really trying to kick. I only noticed it recently, as it’s more of an absent-minded hobby than an intentional form of self-consciousness. It’s a fact of my life. It’s how I respond to what patriarchy is saying women need to be. Like I said earlier, I find it kind of romantic. It’s a sad kind of romance, but that’s a very valid form. I think, anyway.

The body positivity movement is not for me. I don’t mean that I don’t love it, because I think it’s such a beautiful thing and one of the few silver linings tied to social media. What I’m saying is that my insecurities make me feel like there is no place for me in this movement, despite knowing fully that that kind of thinking is antithetical to the meaning of it. As much as I feel inadequate to patriarchal standards of beauty, I feel the same inadequacy to body positivity. I think everyone is beautiful and find self-love to be aspiring, but that’s just it. It’s aspiring. I think this is the only aspect of life in which I am not an optimist, but a realist. For my ninth birthday, I wore a pink velvet skirt over light wash, bootcut jeans. I fit into my own standards and I was happy. I would love nothing more than to return to that place of utter indifference. The thought of it feels like nirvana. There was a distinct moment in my life where I became insecure, probably not unlike others, and it was when I hit puberty. Puberty is, for most of us, the immediate sexualization that comes with filling out your curves around the age of thirteen. It honestly makes me sad. I wish that when I was thirteen, I could’ve felt the sense of freeness that comes with being a kid instead of worrying about what my bullies said about my breasts or the rumors that my technology teacher looked down girls shirts while helping them on the computers. Maybe then my self-image would be entirely different. The insecurity is inevitable and I don’t think it will ever really go away because the uncalled for sexualization of my body never will. Well, maybe it will when I turn forty. I hope I reread this essay when I’m older and feel differently, but I’m worried that if I ever come to a place of unadulterated self-love and self-confidence, I will die minutes later. So, my happiness lies somewhere before that line, somewhere more realistically achievable. In a realm of body apathy where I only gaze into the mirror for an hour and a half every day.

On my forehead, I have two clogged pores that will eventually form zits. They don’t look like anything right now, but that’s because they’re dormant. You’d never be able to tell, but the Marilyn Monroe-esque mole on the left side of my face causes a bit of a mustache. Spending three hours of every day looking at my reflection in the mirror makes me well aware of these things. I pluck, I tweeze, I cover-up. I’m trying to ensure that no one thinks I have a single flaw. I know that we all have flaws and I’m not judging myself for them, but I will also do everything I can to hide them. Until I reach this goal, I’ll be here making many small glances at myself in mirrors daily trying to find something new to scrutinize in pursuit of acceptance. Acceptance from others, acceptance from the little devil on my shoulder, and acceptance from myself. Hopefully one day I will put less weight on these kinds of things, but for now, at least, I like my personality.

Republished from Medium with permission

The Feminist Reason Why Millennials Are Having Less Sex