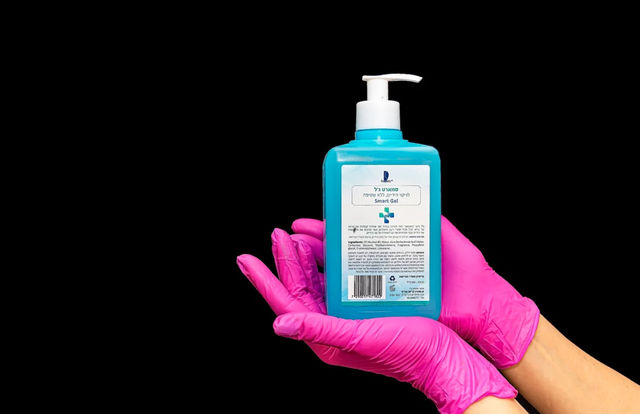 In a shocking turn of events, a Reuters study has shown that men in the U.S. are not as likely to heed health warnings about COVID-19 as women are. Rather than listening to health professionals and practicing #SocialDistancing, men think that somehow, they are not in mortal danger and can, in fact, do whatever they want. Can you believe?

Please understand that we are being sarcastic. It should come as a surprise to no one that statistically speaking, men might be less likely to take things seriously in a time like this. While the not all men clause dudes so enjoy to bring up certainly applies in this context as well, we’re simply looking at the cold hard facts.

The Reuters/Ipsos poll — conducted between March 18 and March 24 — showed that, at a glance, 54% of American women said they were “very concerned” about the global pandemic, while only 45% of men said the same. What does this mean in terms of precautions men and women are taking to protect themselves and the greater population from the virus? Let’s look to the suggestions the CDC has given us in the past couple weeks about the steps we all need to take to flatten the curve. The study showed that 73% of women reported washing their hands and disinfecting things with more frequency, while only 60% of men said they are doing the same. When it comes to large public gatherings, 72% of women said they are avoiding them compared to 58% of men. And last but not least, 65% of women and 56% of men said they are now avoiding close physical contact with other individuals.

While the coronavirus revealed that a large percentage of the population might not have been practicing good personal hygiene prior to pandemic, we weren't surprised to learn some men weren’t washing their hands as much as they should have been. But the Reuters study also revealed that not only are men less likely to take steps to stop the spread of the virus at a personal level, but they are less in favor of aggressive tactics to stop the spread at a national and global level “such as night time curfews, bans on public gatherings, and halting all public transportation and overseas flights.” For example, 58% of women said they supported closing all public schools as opposed to 52% of men.

When The New York Times used a subhead in their article on the study to simply shout into the void “MEN MORE CAVALIER,” we felt that. 25% of men who were included in the poll said they strongly agreed that many people are unnecessarily panicking (about 18% of women said the same). Men were also more likely to think that the media is blowing everything out of proportion and that the situation at large “isn’t really a big deal for most people.” Sounds familiar...I’m looking at you, frat boy that went viral for partying in Miami last week!

“If I get corona, I get corona. At the end of the day, I'm not gonna let it stop me from partying”: Spring breakers are still flocking to Miami, despite coronavirus warnings. https://t.co/KoYKI8zNDH pic.twitter.com/rfPfea1LrC

But listen, guys, it’s not their fault. Statistically speaking, men were less likely than women to even understand how the coronavirus spreads in the first place. 32% of men said they believed that COVID-19 is “mostly a problem for people who travel a lot,” compared to 23% of women with the same answer. 28% of men also believed that the virus is “mostly a problem for people who live in urban areas,” while only 17% of women agreed. Sara Mohr, a California resident, spoke to Reauters on the topic and even took to Twitter to ask an important question: “Does social distancing include changing the locks so I don’t have to come into contact with my boyfriend who is not taking the Coronavirus as seriously as me?” Girl, if that ain’t a mood, I don’t know what is.

The United States has now surpassed both China and Italy, the previous epicenters of the pandemic, for the most confirmed cases. Sadly, over 1,000 people in the U.S. have now died due to coronavirus. While it’s all fun and games to joke about how men are “MORE CAVALIER” when it comes to COVID-19, it is a serious issue. Especially considering the fact that some studies have revealed that men are actually more likley to contract the virus and experience more serious symptoms than women. We all have to take the proper steps to slow the spread of COVID-19 in order to protect the most vulnerable and the doctors, nurses, and other brave essential workers who have to continue on during this time. So, fellas, listen to the CDC and the people in charge (although, maybe not the President. I’m starting to think maybe Reuters included him in this poll). Stay home, flatten the curve, and wash your damn hands.