I'm a Restaurant Worker in NYC. Here's How COVID-19 Has Affected Me and My April Rent 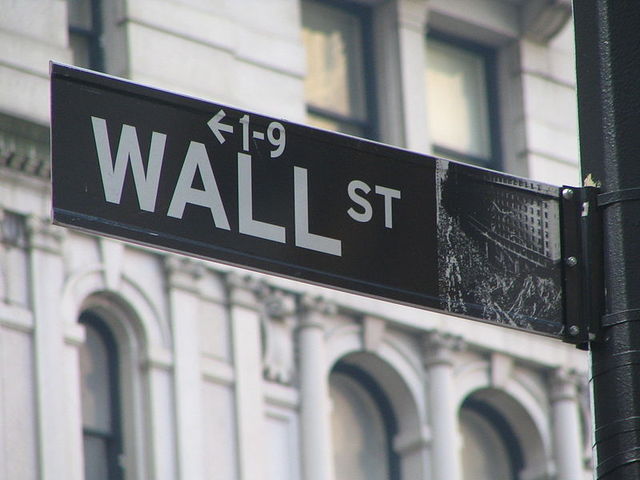 Along with a game that assigns people animals they resemble (try it, it’s fun), I’ve always enjoyed asking “What would you do if the world was ending?” among friends. In high school one of the best lunch breaks I remember was planning for an apocalypse—should it ever happen—with a friend group. These scenarios have always been wildly extreme—involving zombies, outbreaks of Ebola or alien invasions. Still, it’s fun. There’s a whole genre of Hollywood movies made about imminent disasters, books written about post-apocalyptic worlds. As humans, we like to imagine the strangest and most unlikely possibilities and play them out, whether in a conversation with our friends or at 2 a.m when we can’t sleep.

I work at a restaurant on Wall Street. In nearly all corners of the place are televisions that occasionally show sporting or music events, but for the most part, play the news. Namely, Bloomberg news, which is heavily focused on business and stocks because of the clientele and location. When, in late December/early January, small parts of what the newscasters covered involved what was then called “the Wuhan virus” I, in poor taste, joked to my coworkers that this was it. The end. I even said, “bring it on.” Gradually, and then rapidly, it became the number one headline of what they covered. As I walked by tables and customers I began hearing the word “coronavirus” more often, too. On social media I found myself scrolling through more and more coronavirus news and reports. It was spreading. It was now in America; it was now in Italy; it was now in Iran. China was canceling flights and closing schools, then, they went on total lockdown.

During this time of uncertainty, because no one really had a fucking clue what was coming, I was scared of the unknown. How bad was it? If it was just the flu, why is China and then Italy on total lockdown? The media and Facebook ranters repeatedly claimed it would only impact (and kill) older generations and those with underlying health conditions. Correct me if I’m wrong, but they are still people, right? But it wasn’t until coronavirus arrived in Tenerife, Spain, where my parents live and seemed so random, that I began to worry. My stepdad, who usually isn’t afraid of anything, said that Spain would soon be on lockdown and if I wanted to come home it would have to be now. He also advised me that it was only a matter of time before coronavirus got to NYC and that we would also experience a lockdown. I didn’t leave. I have a job here that pays my bills, I have a life here, I have a cat here. I couldn’t just hop on a plane and sit in my childhood bedroom waiting for this to blow over.

My work began cutting shifts earlier this month. The restaurant was dead during the day. Once, I came in for the night shift and a co-worker rolled their eyes and told me that they had only had two tables all day. Happy hour remained busy, though. As usual, people got off work and came to the bar in crowds. I tried to remind myself that this was a good thing, for the bosses and business in general, though moving through crowds of people as if it were a festival to do my job did make me nervous. If anyone had it and didn’t realize, they would be exposing the whole staff and customers to the virus. Many restaurants across the city placed hand sanitizer on bars and tables, but it was becoming harder to buy, so I brought my own and left it at the computer for people to use. I didn’t care if I ran out, it was better than risking getting coronavirus and passing it on. I also wiped down everything I could: Menus, screens, pens, books. All of that wouldn’t have been enough, I know, but it was something. All of my co-workers had to interact with people to make money. We had to pass drinks, pick up empty glasses, collect finished plates and cutlery. Every time someone coughed or sneezed in the restaurant there would be silence and worried looks.

As the military was patrolling the streets of my home with megaphones warning people to stay inside or face a fine or imprisonment, offices and businesses began to close in NYC. I saw enough posts on Instagram that said “stay at home” to make me want to delete the app. I couldn’t stay at home; I had to work and hope to make some money to pay rent and live. On the other hand, I understood the rhetoric. Yet, it was very apparent that those who have the privilege to work from home and get paid to work from home were the first people to have that choice. It was insulting to see people “doing their part” and working from home and telling others to participate when I didn’t have that option. I can’t serve tables from my living room. Bus drivers can’t operate a bus from home. Supermarket workers can’t check people out from home. I was still conflicted with customers coming in. I needed the money, but many people who were out enjoying themselves complained that they were now “working from home”.

The last day I worked was on Sunday the 15th. I came in at 1 and was supposed to close at 9-10. By 5 o'clock, after little to no tables or customers all day, my boss sent all the staff home. The next day would be the last day the restaurant was open, I knew it was coming, as I vigilantly scrolled through the news and hashtags of the city, that the mayor and governor would close restaurants and bars. I received a group text from my boss that day explaining the situation and that whoever could should seek unemployment benefits, due to the uncertainty of how long this would last. Just like that, no more paychecks for any of us.

I’m lucky enough that my parents are able to send me some money to help pay for my rent. I’m also very aware that the vast majority of people I work with aren’t in a similar position. Furthermore, a lot of restaurant staff in this country are undocumented and won’t be eligible to receive unemployment benefits. And it keeps me up at night. Wondering about those that don’t have family to help or haven’t had the chance to save money for a situation like this. Really, a situation like this was the last thing I ever expected in my lifetime.

Although my parents can help, my stepdad runs a bar and is worried that this will permanently close it. My mum is technically “self-employed”, so neither of them is earning any money. I applied for unemployment benefits and it was just as arduous as it sounds. I’m shocked that at 24 when I’m perfectly able to work and should be, I’m having to ask the government for money that should be benefiting those that need it most so that I’m not evicted. With rent coming up, I lay awake at night, hoping that my landlord will give me some leeway or time. After applying, I received an email stating that if I were accepted for benefits, it would still take up to three to six weeks until I saw a cheque. Rent is due in days.

The lack of worker's rights, especially minimum wage workers, in this country and others is appalling. And right now, it’s evidently clear that there needs to be protections and laws set in place so that people aren’t left with anything. I could be out of work for months, but rent will still have to be paid. How am I supposed to do that in mandatory isolation? I could freelance write, but that alone would never be enough to pay a full NYC rent, food, and other bills comfortably in such a short amount of time. Nevertheless, currently, I have a home, I have food, I have running water and I’m able to stay at home. There are so many people still working and putting themselves at risk, without enough supplies or a place to safely quarantine in. COVID-19 will hopefully teach the world a few lessons, one of them being that healthcare, service industry and other minimum wage workers deserve better pay and more protection of rights.

9 Things To Not Do To Your Waitress