A Pregnant Woman With Coronavirus' Experience Reflects The U.K.'s Handle On The Pandemic 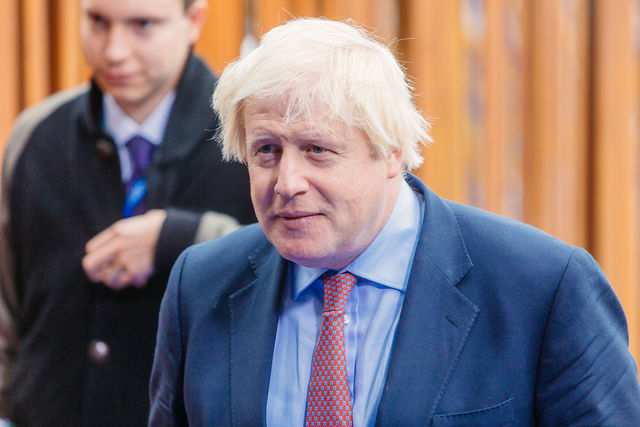 COVID-19 is everywhere. It has infiltrated conversations, thoughts, social media, memes, the news and is currently bombarding medical services. The virus itself is also everywhere, from Wuhan, where it is reported to have started, to NYC, to my home of Tenerife to Italy and almost every country in the world. And, as mentioned previously, healthcare is becoming more than overwhelmed. Hospitals are running out of beds, staff are running out, or have run out of, sanitation products and are being overworked to the point of exhaustion—one Italian nurse posted a photo of herself with bruises around her mouth caused by wearing a mask for a prolonged period of time.

This inundating workload means that eventually mistakes will be made. Test kits won't be available to every single person in a given country; people won’t be seen on time and there will be priority screening and treatment to those who are at greater risk. Or so you’d think. In a personal essay posted by U.K. newspaper The Independent, a pregnant woman with asthma details her experience with catching the coronavirus and her treatment.

“Late last week, I developed a sore throat. I have three beautiful germ-carrying children so this did not really occur to me as anything to be troubled by,” Victoria Gianopoulos-Johnson begins. But after attending a Scottish Independence event (with a group of people), her symptoms developed and soon she was unable to breathe. She booked a doctor's appointment and was seen the same day.

“I coughed and coughed throughout the appointment and was taken aback that the nurse did not have any protective gear on. She went to confer with the GP about whether they should prescribe steroids, but they decided against it due to my pregnancy and I was discharged with advice to phone back if I got worse. I explicitly asked if I should self-isolate and I was told that would not be necessary as I had not been to an affected country.”

Things quickly changed in terms of protocol after Boris Johnson, the Prime Minister, ordered that they should start testing on symptom-based terms and not travel as well as to stop seeing patients with coughs. Gianopoulos-Johnson then, days later and hours on the phone to a hotline speaking to several different people, was asked back to a clinic which confirmed that it was COVID-19. She self quarantined, informed her children’s school which closed (only for seven days) and finally could rest. However, the experience has left her distraught.

“In conclusion, I am physically, mentally and emotionally exhausted. I feel that so much of this could have been simplified. If our government was quicker to issue guidelines, I may never have set foot in the GP’s surgery on Wednesday at all, where I likely spread the virus to others.”

Many countries in Europe, including Spain that has issued a full lockdown and is fining and arresting people on the street, have taken what appears like extreme precautions despite how effective social distancing has proven to be. England has yet to close schools, bars, restaurants and is simply asking those who can to work from home and stay home. Currently, there are 1,557 cases in England (60 deaths), but the advice the Prime Minister gave and continues to give is: “wash your hands.” Furthermore, in a recent announcement, he said, “Many more families are going to lose loved ones before their time.” As a side note: I am in no way blaming the NHS for any of this; thankfully in the U.K. healthcare is free and seen as a right and the people that work in the industry are selfless, hardworking angels. This is a case of the government not acting fast enough and restricting their resources and funding, preventing their ability to properly care for sick patients.

If this continues, and the person who could prevent further spreading by closing businesses and schools doesn’t act, his predictions will be right. Gianopoulos-Johnson’s story won’t be an isolated one and similar occurrences will happen and may not end in recovery. Not only that, service workers and small business owners will suffer more than they have to by remaining open in the hope that customers will show up. Which is a conflicting want as this will also increase the spread of the virus. U.K. leaders should take what is happening in other countries as an example and a warning before it gets unnecessarily worse.

7 Dystopian And Isolating Books By Women To Read ATM

Tags: coronavirus , feminist , COVID-19 , Boris Johnson , healthcare , pregnant
Support Feminist Media!
During these troubling political times, independent feminist media is more vital than ever. If our bold, uncensored reporting on women’s issues is important to you, please consider making a donation of $5, $25, $50, or whatever you can afford, to protect and sustain BUST.com.
Thanks so much—we can’t spell BUST without U.