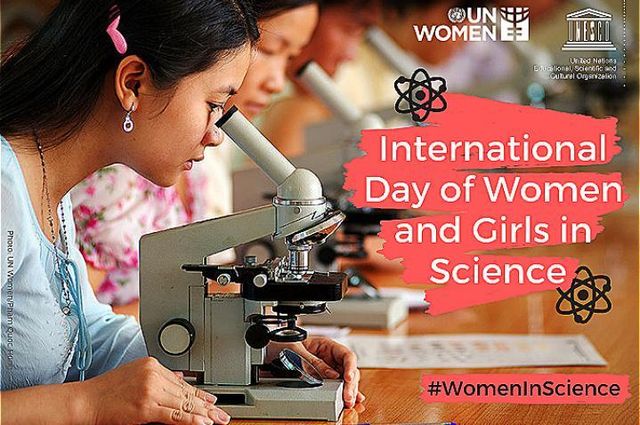 Founded by the United Nations Generally Assembly five years ago today, International Day of Women and Girls in Science Day is a time to recognize and honor the influence that women and girls have in the scientific field.

The disparity between men and women in the domain of STEM is staggering with women making up less than 30% of the research work field. UNESCO found that only close to 30% of female students wind up choosing to pursue STEM-related coursework outside of high school.

These rates are alarming and has left many to wonder why it is that by the time girls reach adulthood they veer away from a STEM-based career. There are many factors that contribute to this phenomenon including limited access to education for girls in some countries as well as a lack of confidence felt by many young women who end up feeling discouraged from pursuing these fields.

In a press release today, UN Secretary-General urged for a more cohesive practice, calling for everyone to rally behind women in STEM citing that it would only benefit society as a whole.

“To rise to the challenges of the 21st century, we need to harness our full potential. That requires dismantling gender stereotypes. On this International Day of Women and Girls in Science, let’s pledge to end the gender imbalance in science,” he said.
Here now are 6 women who have taken up the mantle fearlessly proving that women have a great deal to offer the world at large.

WOW! This piece from @javad.soleimanpour for #fanartfriday evokes the conviction of Dr. Goodall - in her own words, “I’m very determined.” For decades, Dr. Goodall has been a consistent advocate for people, other animals and the environment we share - despite naysayers, barriers, and closed doors. What about Jane and JGI’s work helps you stay focused, pursuing making a difference despite obstacles? Tell us in the comments below! For a chance to be featured tag #inspiredbyjane @janegoodallinst ! | #janegoodall #drjanegoodall #drgoodall #art #fanart #conservation #chimpanzees #goodforall #inspirationalquotes #instagood #inspiration #inspirational #womenempowerment #womenwholead #women #inspiringwomen #womanpower

1. Dr. Jane Goodall
Arguably the world’s leading expert on chimpanzees, Goodall has dedicated a great deal of her life studying animal behavior. At just 18 years old, Goodall left school to jump into the scientific field, making her way to Africa. Founded in 1977, Goodall created the Jane Goodall Institute that focuses on global wildlife and environment conservation.

2. Dr. Jedidah Isler
The first African American women to receive her PhD in Astrophysics from Yale University (class of 2014). As an assistant Professor of Astrophysics at Dartmouth College, Dr. Isler studies hyperactive, supermassive black holes. Isler is an award-winning researcher who champions for inclusion in STEM fields. Her work has been supported by renowned institutions such as NASA, NSF, and the Ford Foundation.

3. Pooja Chandrashekar
Founder and CEO of ProjectCSGirls, this Harvard Medical student has created an international nonprofit that seeks to eradicate the gender gap in computing and technology. Now in its seventh year, ProjectCSGirls has managed to connect with over 10,000 middle school girls in the United States and nine countries. In addition to this organization, Chandrashekar also founded the Action and Civic Tech Scholars Program which teaches civic technology to low-income and minority students in Boston. 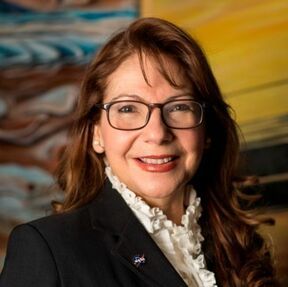 4. Dr. Adriana Ocampo
Born in Colombia, Ocampo is a planetary geologist and science program manager at NASA Headquarters. Her work led to the uncovering of the Chicxulub impact crater. The impact of this is responsible for the extinction of more than 50% of the Earth’s species. She has led several expeditions to this area to continue her research. As lead program executive for NASA’s New Frontiers, Ocampo has been involved with work such as the Juno mission to Jupiter. 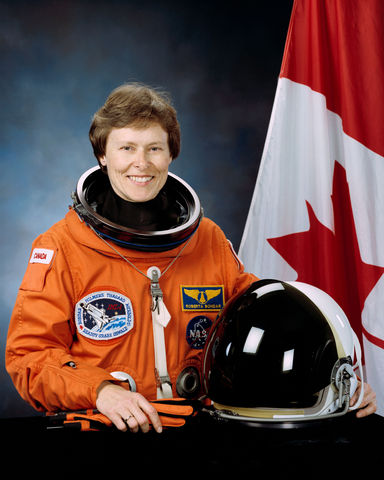 5. Roberta Bondar
In addition to being Canada’s first woman in space, Roberta Bondar is a neurologist, physician, educator, and photographer. She is the recipient of numerous accolades including the Order of Canada, the Order of Toronto, and the NASA Space Medal. In 1992, Bondar was appointed the role of Payload Specialist for the first International Microgravity Laboratory Mission. During her time in space, she participated in several experiments the reusable laboratory known as Spacelab. 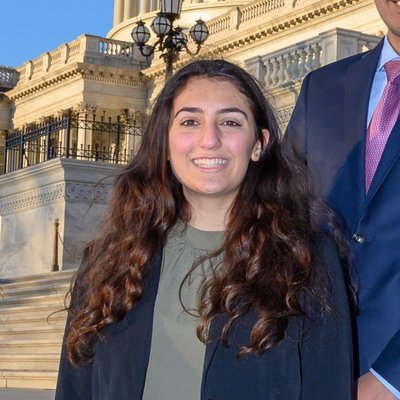 6. Ana Humphrey
Last year Humphrey became the first Latinx winner of the Regeneron Science Talent Search in 20 years. She won a prize of $250,000, winning over high school seniors from around the United States. Humphrey’s area of concentration is exoplanets, small planets that orbit around stars. Exoplanets are extremely hard to see through telescopes but Humphrey was able to come up with a mathematical modeling system that enabled her to gauge where exoplanets may be.