Women Are More At Risk For Concussions But Are Being Overlooked 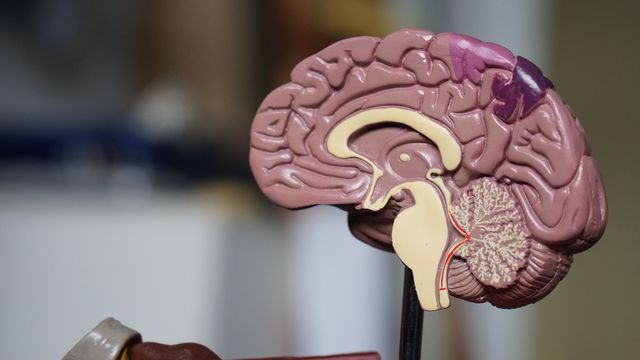 Since the start of this year, Netflix has released two juxtaposing series about sports and the often darker, untold truths behind them. Cheer, which has amassed a large following in pop culture (Kendall Jenner is a fan and was surprised on Ellen by a member of the Cheer cast), is a six-part docu-series that follows the lives of cheerleaders from Navarro College as they train for a competition. Much of the show focuses on the emotional toll that comes with being part of a competitive and high disciplinary sport. Most of it, however, is based around the physical strain and risk involved with cheerleading—as well as many injuries.

Secondly, Killer Inside: The Mind of Aaron Hernandez uncovers, but doesn’t answer, the real reason behind the demise of a once-rising New England Patriots star who was convicted of murdering multiple people. One possible theory that defendants and researchers have suggested is that because of Hernadez’s repeated blows to the head from sport, his concussions eventually affected his brain leading to anger issues and his suicide in 2017.

While both shows are entertaining and perfectly made for watching one after another throughout a small time period—it does raise questions about why sports injuries aren’t taken as seriously as possible. In the past decade, there has been some development and conversation around CTE (chronic traumatic encephalopathy). In 2017, the year Hernandez died, The New York Times posted a study that evaluated 111 deceased NFL players. All but one had CTE.

But, the mainstream research and coverage of brain injuries and sports tend to be around men and the NFL. There has, in the past and present, been both a lack of women based sport following and understanding of women medical issues. Let’s not forget about the word hysterical. In an article published by the BBC last week, David Bronson uses several women athletes' experiences and research to highlight the higher-risk factor for women suffering from concussion in sport. Not only that, he discusses how women reportedly suffer differently to men and have more severe symptoms.

“While male concussions are more likely to be followed by amnesia, for instance, female ones are more likely to lead to prolonged headaches, mental fatigue and difficulties with concentration, and mood changes,” Bronson wrote. He added that a study also found “females took 76 days to recover, while males took 50 days” after a concussion.

Another study, published in 2018, discussed how women are more likely to suffer from concussions because of the differences in anatomy. “These differences were proposed to be driven, for instance, by disparities in the neck musculature and head/neck stability in girls/women making them more susceptible to injury. It has also been proposed that females have lower biomechanical thresholds, increasing concussion susceptibility, especially in female athletes. Hormonal factors such as circulating estrogens may also elicit a differential pain response in females compared with males.”

The most surprising factor was how the menstrual cycle is involved in these symptoms during the aftermath because of the decrease in progesterone; which causes emotional changes. Despite this evidence, in both women and men, that concussions are life-changing and damaging injuries, this report, as with many others online concludes with a similar tone: “there is still a great deal of knowledge about sex, gender and concussion needed, for results to make their way into policy and practice.”

Until more money and investigation is done, it’s unlikely that much will change and athletes will continue to be at risk.

Women's Brains Decline Faster Than Men's—But We're Not Sure Why

Tags: female , athletes , sports , feminism , football , living , wellness , health , concussions , brain trauma , feminist
Support Feminist Media!
During these troubling political times, independent feminist media is more vital than ever. If our bold, uncensored reporting on women’s issues is important to you, please consider making a donation of $5, $25, $50, or whatever you can afford, to protect and sustain BUST.com.
Thanks so much—we can’t spell BUST without U.