The New Moon Is Entering Aquarius – Here's What That Means 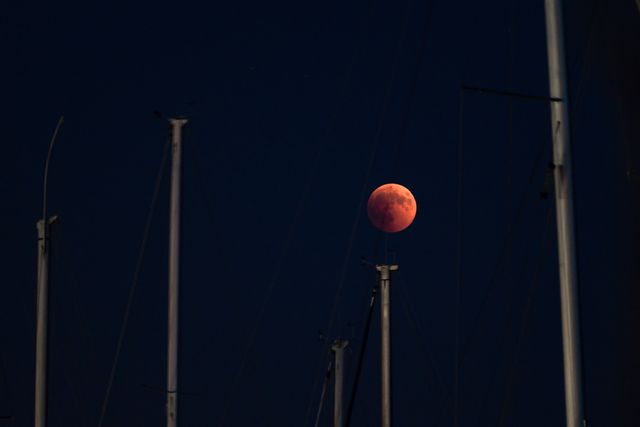 Two minds are better than one, and four minds are better than two. This is one of the Aquarian mantras. We shoot lightning-quick into the future perfect when we put our heads together and operate as a mind-meld, one collective Aquarian unit. Along the same lines as this, and on the heels of MLK day, is the idea that we need to walk together – to do it for love and to define love as something having to do not only with personal feelings but also with groupthink and humanity. Let’s enter Aquarius season through the new moon portal.

Anyone else have trouble sleeping last night? There’s that extra whir of wintry (or summery, if you’re in the southern hemisphere) air. Aquarius blasts us with something mega-electric, futuristic, humanistic, and revelatory. Aquarius’ rep is the water bearer which confuses some people, but that water is meant for something. The water in the trippy vessel which pours out in electric zigzags is for washing away the past and catapulting us into the unknown. Farewell, sentimentality. Adieu, hometown blues. Aquarian waters want us to ditch whatever mechanism keeps making us look back – whatever’s preventing us from clearing a path for a solid future.

Today’s new moon has something to do with hitting the refresh button on your brain. What can you wash away? It’s like washing your face with cold water after a night of partying. It’s when the sun streams in and accidentally shines a light on whatever you don’t feel like dealing with. Harsh, necessary, electric. And then: that cool, detached electronica after you’ve set yourself free. I once drove through the Mojave desert blasting Gorillaz after leaving some guy. It’s like that.

The Aquarius new moon is the great gift of the Capricorn season hangover. The Moon, Sun, and Mercury hang out together in Aquarius today. Mercury lends the new moon a microphone – so we can all translate our freakiest, most Aquarian ideas using Mercury’s linguistic skills. Write, speak, set ideals and intentions for the next two weeks. Enter the portal with an open mind, ready to be refreshed.

Meanwhile, Venus and Neptune dream together in Pisces – so conscious, dream-weaving, oceanic love is on the menu. Neptune infuses Venus with hits of higher octave LOVE from the outer reaches of the galaxy. Translation: be nice. Better yet: be good. Better still: just be.

Jupiter, Pluto, and Saturn remain the hard-partying holy trinity of Capricorn. Together, they restructure our social systems and remind us that lots of things must get torn up from the root in order for us to collectively elevate. May the patriarchy feel these ancient reverbs and tumble. It’s holding a long base note. Just keep dancing.

Lastly, Mars is in Sagittarius, adding a dose of fire to the zodiacal mix. Mars in Sag is the most bombastic warrior who wants to fight for the big picture world peace stuff so long as his ego can get out of the way for a sec. The Sagittarian points up towards the heavens, so the sky vibrations are very we’re not in Kansas anymore and whoa, so like, is this the dawning of the Age of Aquarius?

Between now and February 8, when the moon is full in Leo – build something with an eye toward the future. And first, define “future.” These next two weeks are a cooler kind of galactic scene – the glacier that melts so that we can see what’s underneath. The revolutionary at her most irreverent. Let us be the emotional technicians of our lives and build something made of Love and Vision.

Astrologer Annabel Gat Is Writing About A New Kind Of Compatibility: BUST Interview

Emmalea Russo is a writer and astrologer. Her work appears in BOMB, The Brooklyn Rail, Cosmopolitan, The Thirlby, Los Angeles Review of Books, Hyperallergic, and elsewhere and her books are G (2018) and Wave Archive (2019). She has been a writer-in-residence at 18th Street Arts Center (LA) and Lower Manhattan Cultural Council (NY). Emmalea writes and podcasts on astrology and art at The Avant-Galaxy. Book an astrology reading here or follow her on Instagram: @emmaleaXrusso

Tags: Aquarius season , new moon , astrology , zodiac , spirituality
Support Feminist Media!
During these troubling political times, independent feminist media is more vital than ever. If our bold, uncensored reporting on women’s issues is important to you, please consider making a donation of $5, $25, $50, or whatever you can afford, to protect and sustain BUST.com.
Thanks so much—we can’t spell BUST without U.