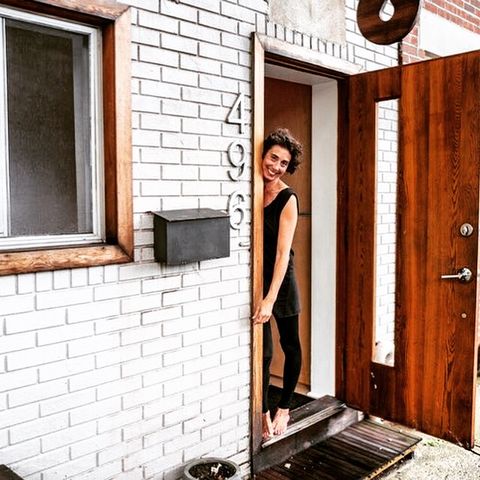 Meet Liz Tortolani, 43, the founder of cityWell in Gowanus, Brooklyn. CityWell, a boutique bathhouse fully equipped with two outdoor cedar saunas that can hold up to 12 people, an outdoor hot tub, indoor eucalyptus steam and showers, has been open for four years and is a woman-owned and -run business. CityWell is “bathhouse” in the purest sense of the word: a literal house converted into a beautiful, safe, and inclusive wellness sanctuary.

Tortolani, a massage therapist for over 20 years, had moved to New York from Seattle and ran a private massage therapy practice before opening cityWell. She remembers running all over town to make a living until, one night, she had an epiphany: “I am gonna create a boutique bathhouse like nothing else that exists in NYC and, oh my gosh, do we need it.”

Tortolani was diagnosed with Crohn’s disease at age 13 and used water therapy for treatment. While living in Seattle, she attended Hot House, a spa for women. Hot House later became the inspiration for cityWell. “I considered it being womxn only, but realized it’s important for all genders to feel safe,” she tells BUST. CityWell offers a womxn-only community afternoon on Sundays from 3-5pm, and an LGBTQ+ night every last Wednesday of the month from 6-8pm. Tortolani played an active part in Seattle's LGBT community spaces, and noticed that New York lacks services that cater to the community. With the addition of an LGBTQ+ night, she wanted to make sure to offer up an affordable space for community-building. Tortolani values what she calls “affordable, accessible, preventive health care.” 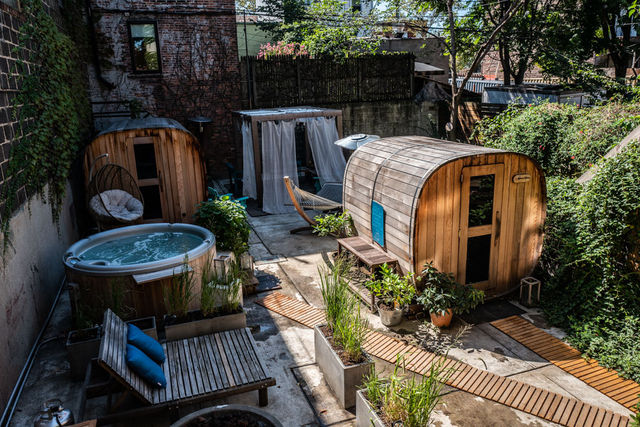 Tortolani chose Gowanus as the location for cityWell after 8 years of looking, due to the neighborhood's strong Italian roots Liz, who is Italian, also loved the “industrial feel and grit” of the area. The design and aesthetic of cityWell were created in collaboration with architect Deborah Mariotti of Mariotti Studio. “We collaborated on pretty much every aspect of the plans and build out,” Tortolani says. "Deborah is an Italian architect who has lived and worked in the city for about 15 years after moving from Italy.” Tortolani really credits Mariotti for a lot of her ease with the process, adding, "Because of [Mariotti] working for partial “sweat equity” as well as allowing me to repay her slowly, I was able to create cityWell.”

Now, looking forward, Tortolani has her sights set on Paris. “Even before cityWell Brooklyn, I wanted a cityWell Paris," she tells BUST. As the sole business owner of cityWell, Tortolani is waiting until Brooklyn can run smoothly without her, but that hasn’t stopped her from putting her “feelers” out already in Paris, taking trips there twice a year and connecting with clients.

Currently, Tortolani is also focusing on her new essential oil line, RVL, which will launch in a few weeks, and her product line which is a collaboration with Soapwalla, a queer womxn-owned and -run business featuring essential oils sprays, deodorants, and more.