Greta Thunberg is TIME's 2019 Person of the Year 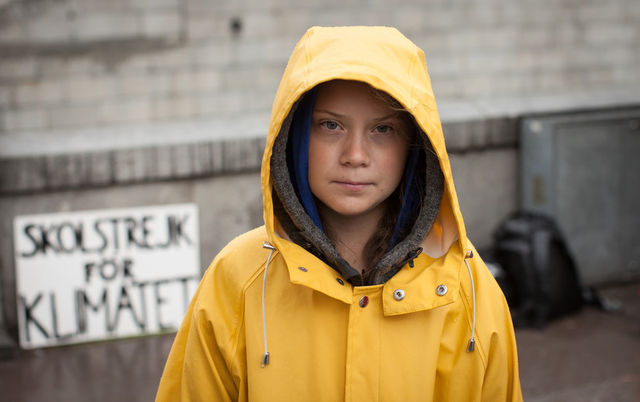 Our 16-year-old lord and savior Greta Thunberg has just been named TIME’s 2019 Person of the Year for her amazing work traveling the world and spreading the word about the effects of climate change and how to prevent them. Although this is a huge honor, I’m sure Thunberg isn’t too excited about the amount of paper that’s going to be used to put her face on TIME’s cover. And when told about her new title, Thunberg said she was grateful for it, but wished she could share the honor: “It should be everyone in the Fridays for Future movement because what we have done, we have done together,” she told the Associated Press. Yes, girl. You are so good.

The final five (including Thunberg) on the shortlist for this year’s selection were House Speaker Nancy Pelosi, Donald Trump, the Whistleblower, and the Hong Kong Protestors, according to The Today Show. Nancy Pelosi was furious she didn’t win. In fact, she tweeted: “So ridiculous. Greta must work on her Anger Management problem, then go to a good old fashioned movie with a friend! Chill Greta, Chill!” I’m just kidding; it was obviously Trump who tweeted that. After reading that tweet, I guess my only response is, What? What does that even mean?

Of course, this not being the first time Trump has harassed her on Twitter, Thunberg knew how to respond to it: by changing her Twitter bio. This time, she described herself as “a teenager working on her anger management problem. Currently chilling and watching a good old fashioned movie with a friend.” If this was 2011, I would expect a “Text me” at the end of that, but we can’t have everything.

Greta Thunberg is the perfect choice for TIME’s 2019 Person of the Year. To go from skipping school one day in August of 2018 to protest climate change outside of the Swedish Parliament in Stockholm, to becoming the face of a grassroots campaign that has evolved into an international movement (one that has caused students to skip school in protest all over the world, and people like Jane Fonda to up and move to Washington D.C. to make a vow to get arrested every single Friday for four months as she protests climate change) sounds like a good enough reason to be a person of the year—a person of the decade, actually.

For a 16-year-old to be able to cause certain adults to react defensively because they know they aren’t helping the movement to prevent something that will destroy this planet shows how much power and strength the younger generations have. In fact, some of those adults are reacting negatively to the news of Thunberg as Person of the Year. Greta Thunberg is a perfect example of why it is so important to listen to what the younger generations have to say. Listen to the generations that are going to get the worst effects of these man-made disasters. Even though they aren’t all old enough to run for office, they’re not oblivious to what’s going on. As David Bowie once said:

“And these children that you spit on
As they try to change their worlds
Are immune to your consultations
They’re quite aware of what they’re goin’ through.”

Greta Thunberg is not going to grow up and out of it. Congratulations to TIME’s 2019 Person of the Year!