Why Women Are Rejecting the Term "Anti-Aging" 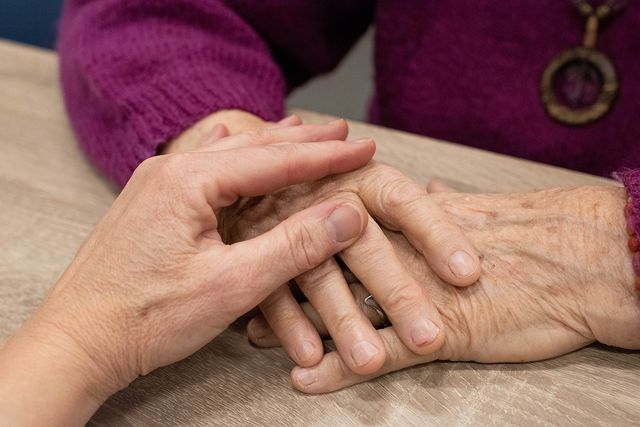 I love a good protest. Stand against the ongoing war in the Middle East? Hand me a sign. March against the fossil fuel industry's refusal to acknowledge climate change? Let me rustle up some bail money and join you. These are human-created problems, and only human ingenuity can solve them.

However, do you know what it’s pointless to protest? Growing older. Like it or not, we’re all going to develop wrinkles the strongest Botox won’t touch someday. That’s why women are beginning to reject the term “anti-aging.” The candles on my birthday cake tell a story of triumph over adversity, and I choose to celebrate each milestone.

As far back as ancient Greece, people worshiped the crone archetype for her wisdom. She embodied guidance and the search for truth — she eschewed imbalance and meted out judgment. Society mirrored the spiritual practices of goddess worship before monotheistic, patriarchal religions demanded change. Older women doled out herbal remedies intended to cure, not merely alleviate, pain. They passed down valuable skills, like how to grind quinoa into flour and then transform it into homemade bread.

However, when the Romans arrived, they eradicated pagan, female-centric religions — and with them, the image of the crone as a symbol of wisdom and healing. The great goddess hasn't left: modern women can see her shadow in the Catholic veneration of Mary. However, even the Church defines the divine feminine by her virginity, not her worldly experience.

The shift to a patriarchal worldview had devastating consequences for women's self-esteem — and their pocketbooks. Women still earn only $.79 on average for each dollar a man makes. That's assuming she's white or Asian — her Black and Hispanic peers earn even less. At the same time, marketers prey upon self-esteem worn thin from a lifetime of existing under their eyes. Ladies, don't you know your delicate leg hairs won't shear off for any old razor? No! You need a pretty pink model that costs three times as much as a blue one. Are you turning 30? You'd better get Botox, even if it means maxing out your credit cards.

Unrealistic pressures on women do not fade with their youth; if anything, older women face more severe problems than where to seek their next cosmetic injectable treatment. Women live longer than men on average, and those married to men are likely to outlive their partners. They're also more likely to outlive their retirement savings, leading to financial difficulty.

Hey, I get it. Growing older means getting closer to death, kindly stopping for thee. I don't like thinking about my mortality, either. But if fear of the Grim Reaper is really the only reason people gripe about aging, why do marketers depict older men as virile, yet silver? Why do they conversely treat a woman over 40 as past her prime?

While young people often assume anyone over 40 feels depressed, experience actually belies that idea. Indeed, the majority of women over 60 find nothing depressing about old age.

Actress Helen Mirren was recently quoted saying she rejects the term "anti-aging.” Here's Mirren, looking absolutely stunning in her seventies, and instead of giving into the stereotypical conversation about aging and trying to sell a product or tell women her supposed "secret," she's embracing aging and asking all women: why are we trying to "anti-age" at all?

We need to pressure marketers and the media to depict women in a more realistic light — at all ages. As much as anyone, I like the possibilities inherent in a blank canvas. I don't, however, want to hang one on my living room wall. Give me paintings with lines, with shapes, with colorful forms. In the same way, the face and body belonging to someone who has lived a good life are works of art.

Aging has become some sort of quasi-“women’s issue.” Why? We should be focusing on putting our time, energy and resources toward solving real women’s issues. Take, for example, the fact that twice as many females as males develop eating disorders. Or that one in four girls will be sexually abused before the age of 18, and 82% of childhood sexual abuse victims are girls.

These are just a few issues that are far more deserving of our very best scientific minds than finding the perfect anti-aging serum. Let’s devote our time to solving world hunger or developing new medicines, not spending money pursuing an impossible ideal.

It's time for women to reclaim the crone archetype as a positive thing. It's also well past time society realizes that beauty exists at any age. Until we’re able to totally shift the conversation in society, each of us can do our part by loving ourselves at every age. Know that you’re beautiful without all that pruning and preening. This mindset is truly your best weapon against the patriarchal corporate machine that will always try to tell you what you need unless you tell it what you don’t.

Colleen Heidemann Proves That Fashion And Fun Don't End At 50

Baddie Winkle Rocked The VMAs In This Badass Sequined Look

Kate Harveston is a young political writer from Pennsylvania. She enjoys writing about social justice issues and human rights, but she has written on a wide range of topics, including health, technology and music. If you like her writing, you can follow her blog, Only Slightly Biased. Follow her on Twitter, Google+, and Facebook.
Tags: anti-aging , aging , ageism , feminism , sexism