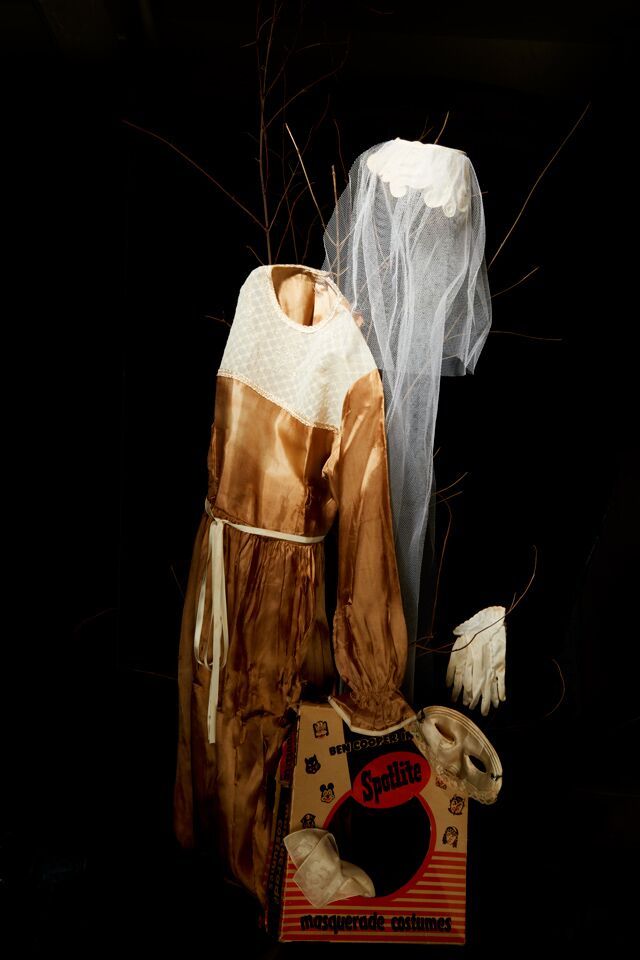 According to an 1886 Harper’s Bazaar article giving “Suggestions for a Halloween Party,” how the holiday “originated, or what connection it had with pagan rites or Druidical ceremonies” was not so important to a young woman as “the hope of finding a ring and penny in her plate of Halloween pudding.” Playing romantic divination games on October 31 was one of the Halloween traditions brought to America from Scotland and Ireland that gained wider acceptance during the “Celtic revival” of the late-19th and early-20th centuries. Thus, according to the article, the girl whose slice of cake held the ring would be married “within the year.” She who found the penny would become wealthy, but woe to the person who got the thimble—her destiny was to be an old maid.

Halloween also meant ghost stories and spooky pranks, but other than the occasional masquerade ball, costumes weren’t really part of the picture just yet. Even so, according to the Boston Globe in 1894, “a very fashionable wardrobe” now contained “a Halloween supper frock” made in a “vague and intangible” color “hinting of darkness” itself. The paper went on to describe a pair of proto-goth gowns, one of “a faint dead tea rose color” trimmed with black, while another, “more suggestive of the witcheries of Halloween,” was of “copper red” silk “with a fantastic patterning of black bats.”

Halloween as we know it became more recognizable over the next few decades. Decorations at a party in 1902 covered by The Daily Times in Davenport, IA, included “jack o’lanterns, stuffed bats, owls, and cats,” while guests “came masked and attired in the costumes of witches [and] pumpkins.” Other popular costumes for women included Martha Washington and a clown-like character called the Yama Yama Girl from the 1908 Broadway show The Three Twins.

Costume rentals were available, but most were put together at home. Asked by a reader for something suitable for a 14-year-old girl, the Pennsylvania newspaper The Evening Sun in 1921 suggested this cowgirl outfit: “wear a short khaki skirt, white silk shirtwaist, low flat collar, Windsor tie, sombrero hat, high boots, and the hair hanging. Carry a whip.”

Patterns for Halloween costumes were available by the 1920s. But not every mother had the skills or time to sew an outfit. Boxed ready-to-wear children’s costumes were available beginning late in the 1930s, but sales took off postwar. A pint-sized bride costume, like the 1950s outfit pictured here, may have reflected mid-century attitudes about compulsory heterosexual marriage, but the young woman of 1886 who found the ring in her cake would have nodded in recognition.

Customize Your Own Planchette With This DIY

No Trick, All Treat! 8 Totally Sweet Pieces Perfect For The Season

Tags: Museum of Femoribilia , Halloween , costumes , holidays , history
Support Feminist Media!
During these troubling political times, independent feminist media is more vital than ever. If our bold, uncensored reporting on women’s issues is important to you, please consider making a donation of $5, $25, $50, or whatever you can afford, to protect and sustain BUST.com.
Thanks so much—we can’t spell BUST without U.